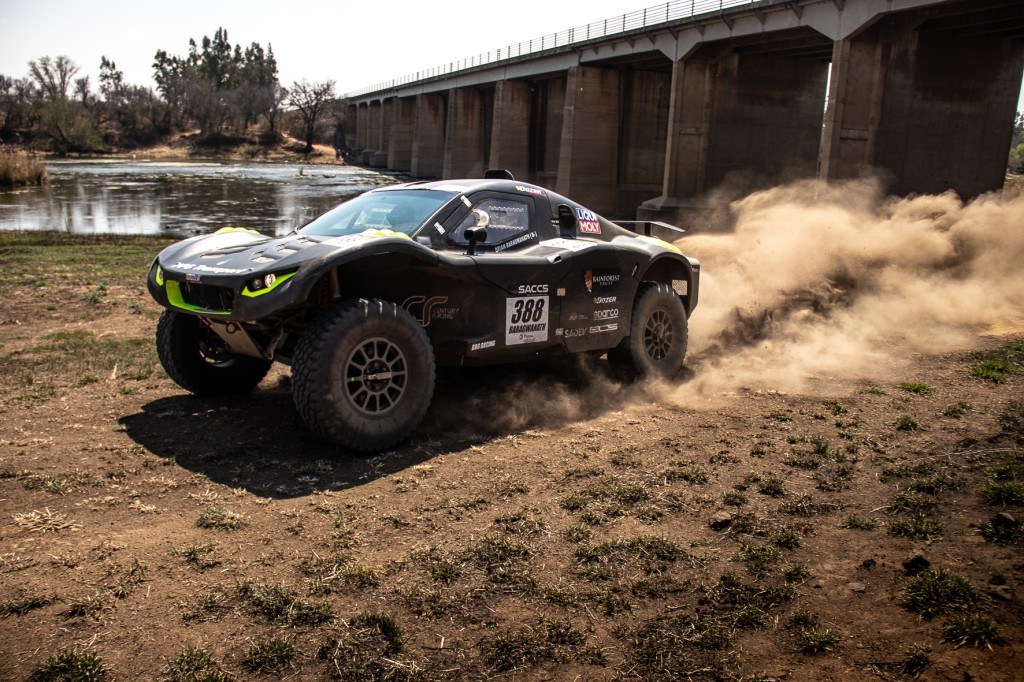 The third round of the shortened 2020 South African National Cross Country Series (SACCS), the TOTAL AGRI 400 that took place on 18 and 19 September in the Bothaville area in the Free State, caught a lot of competitors by surprise as it was a far cry from the typical mealie field race they were expecting. The varied conditions produced something for everyone’s liking and was highly praised by all.

Having a look at the results and the points accumulated, it is clear that some will look back with an even wider smile after the event in the dusty Free State. There were a few ups and downs and the standings have a different look than before the teams left for NAMPO Park. With only two rounds of the season remaining, a nail-biting double-header can be expected in Parys at the end of October.

A third consecutive victory for reigning champions Henk Lategan/Brett Cummings (Toyota Gazoo Racing SA) cemented their overall lead in the Production Vehicle Category as well as in the FIA Class, and barring misfortune,  the pair are on their way to successfully defending their title.

Behind them the standings on the overall podium changed, with team-mates Giniel de Villiers/Juan Möhr who moved from third into second place with 37 points the difference between Lategan and De Villiers while 48 points separate Cummings from Möhr who replaced De Villiers’ international navigator, the Spaniard Alex Bravo, after the first event. Bravo could not compete due to the global pandemic prohibiting foreign travel to South Africa.

With drivers making use of different navigators, the situation is somewhat scrambled behind them. A spectacular performance by Brian Baragwanath and Taye Perry (Century Racing CR 6) resulted in the team finishing second in the Free State while mechanical issues prevented Chris Visser/Danie Stassen (Total Excellium Toyota Hilux) from completing the race.

Baragwanath (50 points) now fills the third spot on the podium trailing De Villiers by a mere three points with Visser and Shameer Variawa (Toyota Gazoo Racing SA) fourth and fifth with the same amount of points (38). They are only one point ahead of Lance Woolridge (Ford Castrol Cross Country Team) who leads his brother and team-mate, Gareth, who did not compete in the season opener, by 12 points.

Also in the top 10 of the Overall Production Vehicle Drivers’ Championship, are Johan Horn (Malalane Toyota) and Wors Prinsloo (Neil Woolridge Motorsport Ford) who are eighth and ninth with equal points (13). They are also the leading Class T drivers. Johan van Staden (Elf Renault Duster) is 10th, also with 13 points behind his name.

In the Overall Production Vehicle Navigators’ Championship, Stassen is still on the podium with 38 points, but shares the same amount of points with Dennis Murphy, who sits next to Variawa in fourth as well as Perry who read the notes twice for Baragwanath in fifth place. The battle for the podium is far from over, and will be an interesting one to follow.

Perry leads another lady navigator, Elvéne Vonk (37 points), who teams up with Lance Woolridge, by a single point with Vonk’s team-mate, Boyd Dreyer, 12 points behind. Bravo is eighth (23 points) followed by Johan Horn’s brother and navigator, Werner and Prinsloo’s navigator, André Vermeulen and Van Staden’s son, Sean, who all have 13 points.

The additional five points for starting a race comes in handy in the various class championships. In the FIA Class, Lategan (105 points) has quite a comfortable lead over De Villiers (68 points), but with 70 points still up for grabs, he is not out of the woods yet. Baragwanath (65 points) still on the podium, is breathing down De Villiers’ neck while he has to keep Variawa (55 points) behind him. Visser (53 points) dropped to fifth place, but with only three points separating Variawa, Visser and Lance Woolridge (52 points), anything can happened in the blink of an eye.

Gareth (35 points) is seventh with Clint Weston (King Price Xtreme Mercedes Benz) in the top 10 and filling eighth place (29 points). Ernest Roberts (Red-Lined Motorsport Nissan) and Van Staden round off the top 10 albeit with the same amount of points as Weston.

Looking at the overall standings and the current standings in the FIA Class, it is clear that no-one is safe and this situation forecasts a nerve-wrecking final two rounds at Parys.

In the Class T Championship, the Horn brothers accumulated 60 points and regained the lead from Terence Marsh/Letshego Zulu (Red-Lined Motorsport Nissan) who had a troubled outing in the Free State, but bagged valuable points with their fifth in class. They dropped to second place in the class championship, but as only two points separate them from the Horn brothers, it is clear this battle is far from over.

Two more teams will join this battle – Prinsloo/Vermeulen (51 points) are currently third and only a single point separates them from fourth-placed Gary Bertholdt/Geoff Minnitt (Total Excellium Toyota Hilux). Bertholdt/Minnitt had a great start at the TOTAL AGRI 400 and were the first Class T team out of the starting blocks, but mechanical issues cost them time in the pits and their race lead. They fought back to finish and walked away with valuable points. A first class victory for the father and son team, Malcolm and Frans Kock (Neil Woolridge Motorsport Ford) pushed them to fifth place in Class T (33 points).

In the Manufacturers Championship, Toyota (245 points) is leading the standings followed by Ford (89 points) and Century Racing rounding off the podium with 59 points. Nissan (38 points) is fourth with Renault (13) fifth and Mercedes-Benz, who competed and scored their very first points at the TOTAL AGRI 400, sixth with four points.

Round four and five, the Ford Parys 400 and the Toyota Vaal 400, of the 2020 SACCS championship takes place at Parys on the weekend of 23 and 24 October and if the current standings and the desire for the titles is anything to go by, the action will be enough to last enthusiasts a few months until the new season starts in 2021. 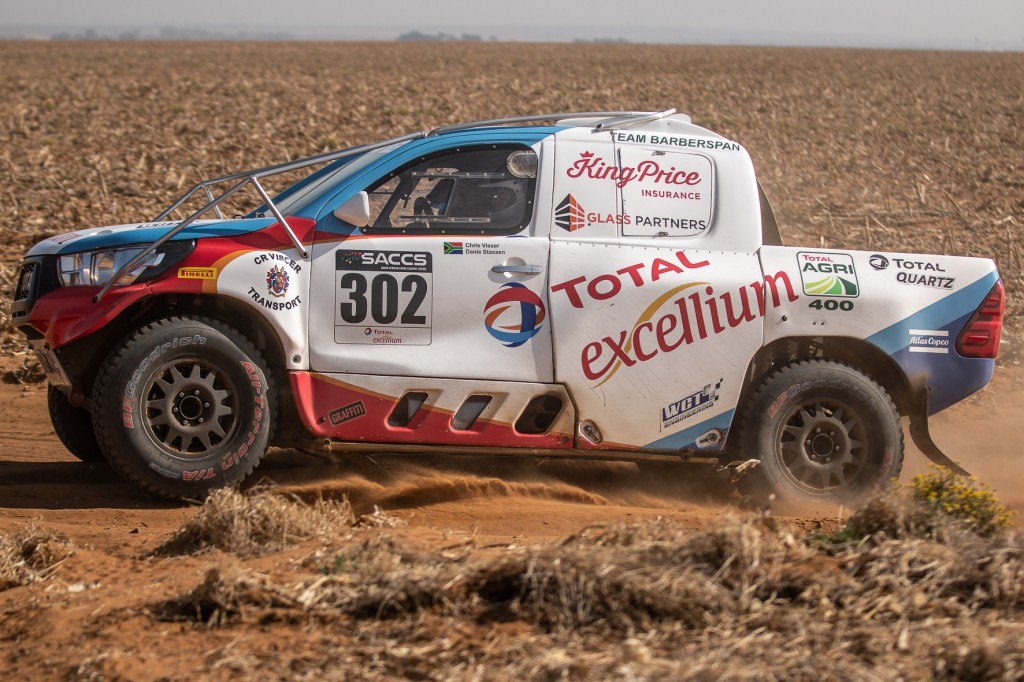 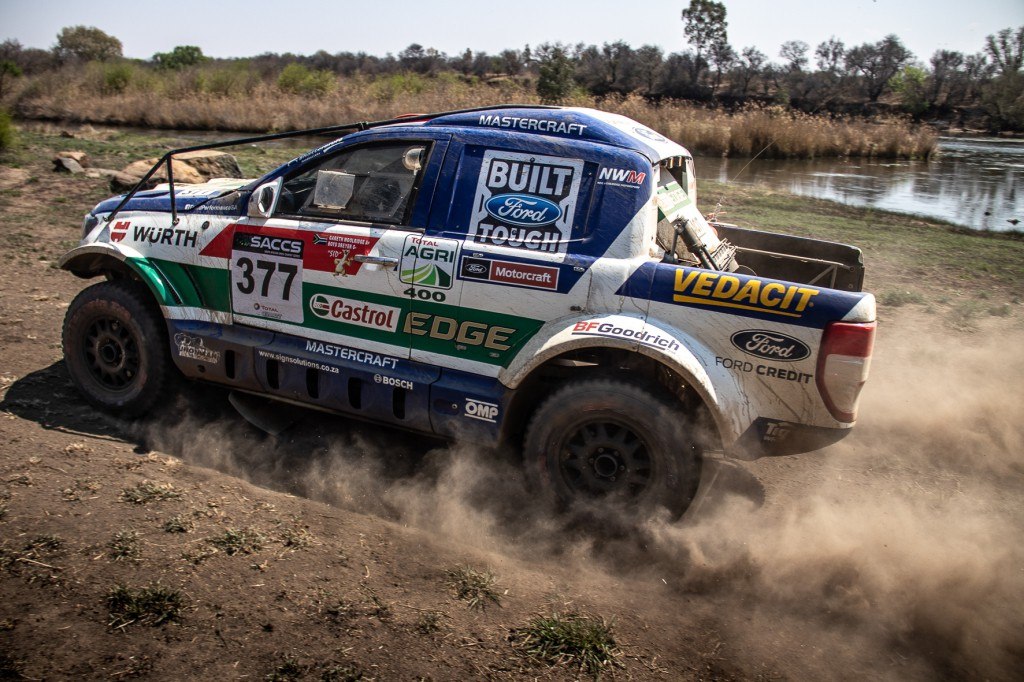 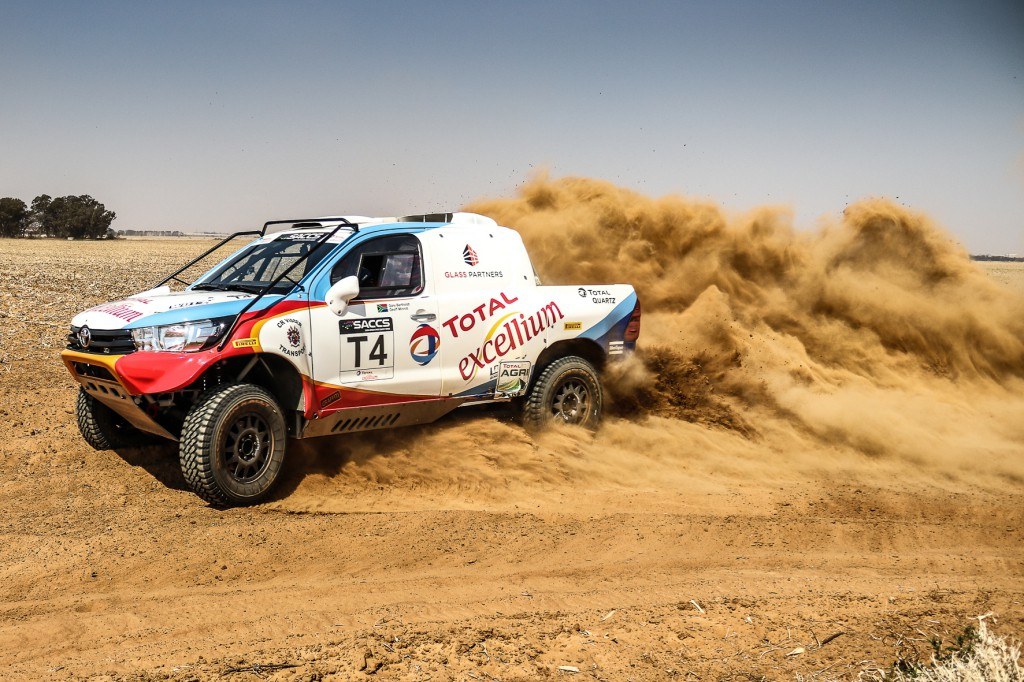 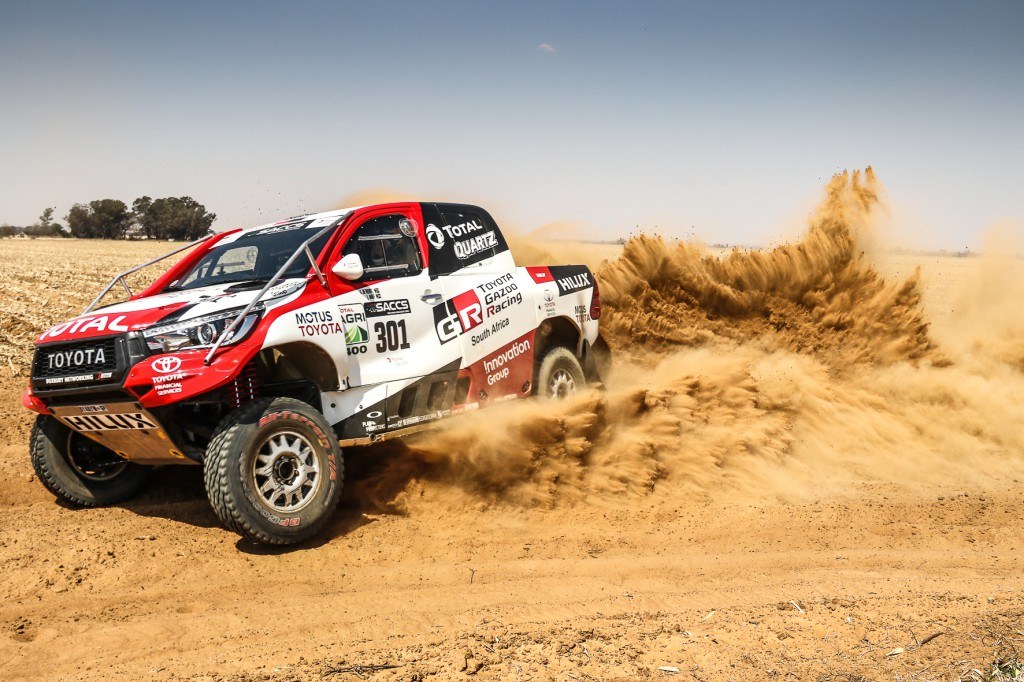 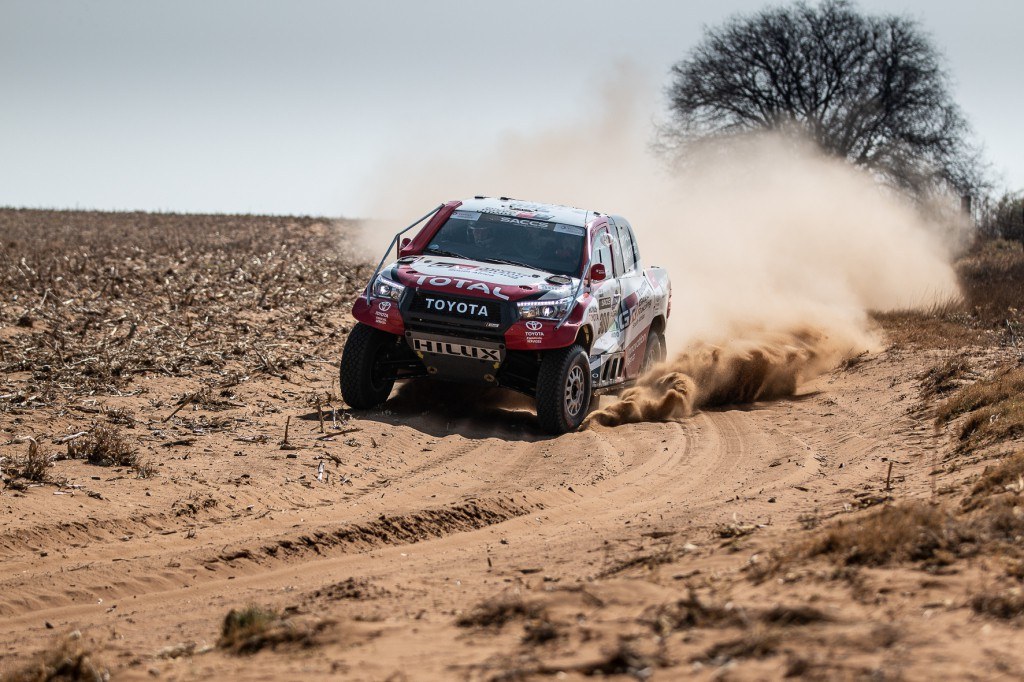 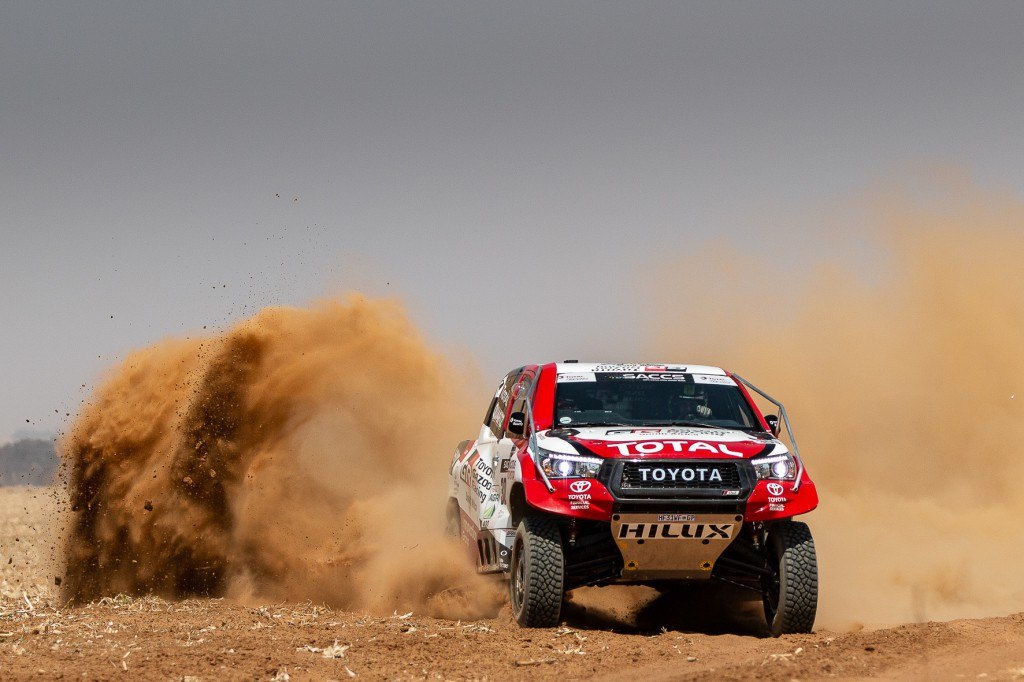 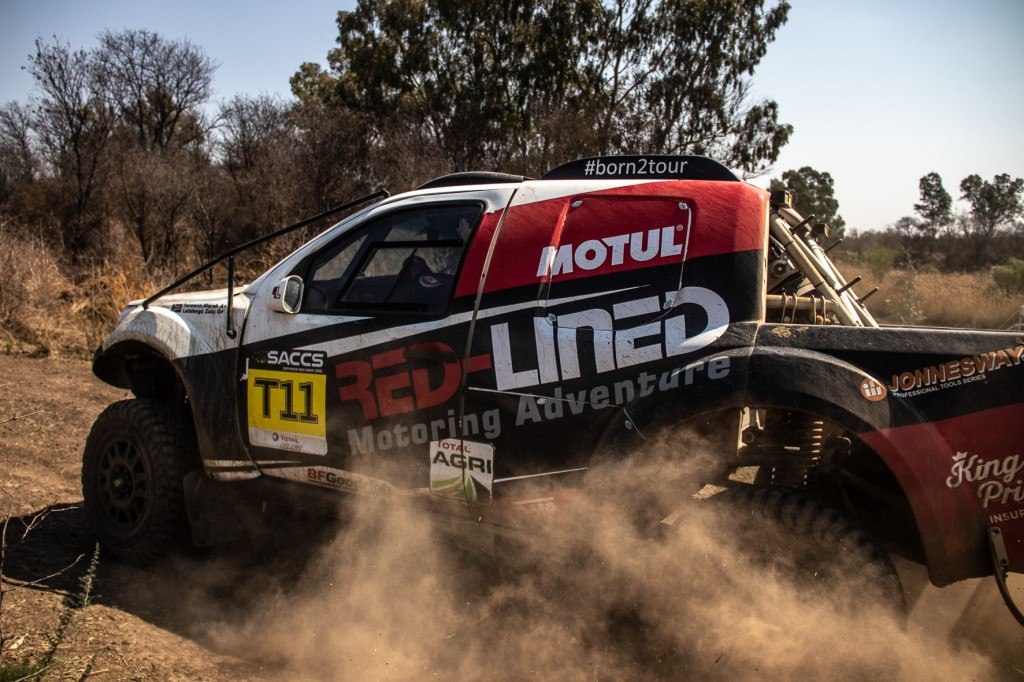 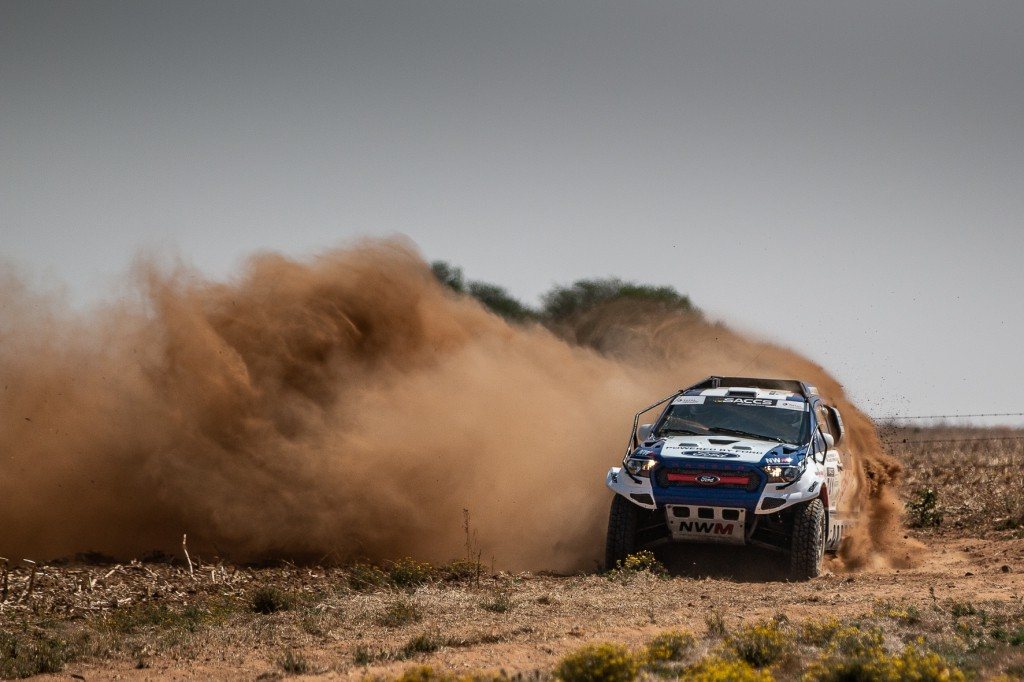