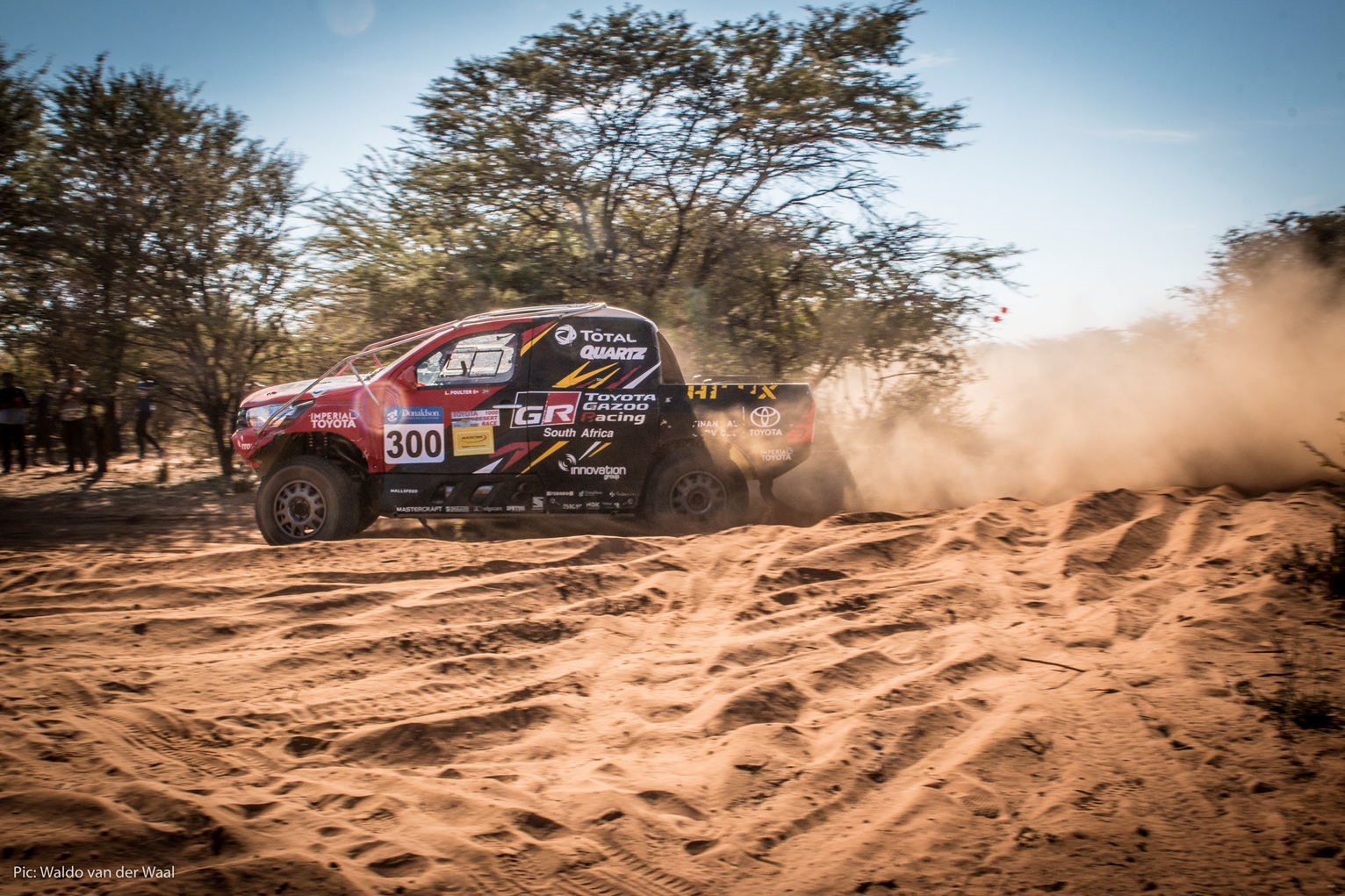 The month of June marks the Southern Hemisphere winter solstice or mid-winter and traditionally occurs around 20 or 21 June each year.  During this period, the Earth’s axis is tilted furthest away from the sun directly over the Tropic of Capricorn.  But for the SA Cross Country Series (SACCS), its sponsors, officials, teams, competitors, thousands of enthusiasts and Botswana businesses and spectators the month of June traditionally celebrates the running of the  majestic Toyota Kalahari Botswana 1000 Desert Race (TDR 1000).

The event has been in existence since 1975  and legacy has it, Piet Lambrecht was in Gaborone organising a hunting permit when he saw a poster advertising the Trans-Kalahari Road Race.  Lambrecht, Giel Potgieter the navigator and Hans de Lange the teams’ wherewithal  entered a Ford F250 and much to their surprise, and that of the organisers, the trio romped to a historic victory.

Lambrecht won again the following year – this time with Tony Hawken, who could “talk to the English speaking journalists”, as navigator and Doep du Plessis fulfilling the supportive role.

Such stories are a far cry from the hugely successful and professional Toyota 1000 Desert Race, the corps d’elite of the SA Cross Country Series.  The TDR 1000 has a magnificent legacy as the event with one of the longest running sponsorships in South African motorsport.  Toyota took ownership of the event in 1981, 40 years ago, and to date have 17 overall victories under their belt.

For the first ten years, 1981 to 1990, the event was run in the Vryburg area of the North West Province with Toyota scoring two overall victories in 1988 and 1989 via Andre Kock/Koos Coetzee in a Toyota Land Cruiser and Philip Malan/Richard Leeke senior in a Toyota Hilux.

Toyota was a keen supporter of the decision to move the TDR 1000 back to its roots in Botswana in 1991 with the overall race victory going to Special Vehicle competitors Klaus Degener/Derrick Pinnoy in a Chenowth.   Between 1981 and 1991 the rules made provision for only overall winners to be declared on events.  In 1992 it was decided to split the championship into Special Vehicle and Production Vehicle categories – with overall winners recognised in each category.

Toyota dominated the Production Vehicle category from 1992 to 1999 with Kassie Coetzee and Apie Reyneke winning the Toyota 1000 Desert Race seven times.  Kassie Coetzee and Leeke senior won in a Toyota Hilux in 1992 and 1993, and it was then the turn of Apie Reyneke and Lucas Dreyer to win in a Toyota Land Cruiser in 1994.  Reyneke then teamed up with Robin Houghton with the pair going on to win in 1995 and for three years in succession from 1997 to 1999, with all their wins coming in a Toyota Land Cruiser.

2000 to 2011 were lean years for Toyota crews with the overall Production Vehicle victory going to Neil Woolridge/Kenny Skjoldhammer in a Mitsubishi Pajero in 2000 and a Ford Ranger in 2001. Woolridge also won the event in 1996 with Paul Vermaak in a Nissan Sani.

During this period other notable Production Vehicle category winners included a hat trick of wins for Hannes Grobler and Richard Leeke senior in a Nissan Hardbody in 2002, 2003 and 2004 with Grobler again taking the laurels with Francois Jordaan in 2006 and Hennie Ter Stege in 2010 in a BMW X3.

Chris Visser/Japie Badenhorst were the last of the overall Production Vehicle category winners in a Ford Ranger in 2011 before Toyota again took total control of the championship in 2012 with Duncan Vos/Rob Howie in a Toyota Hilux breaking the spell.

With the monkey finally of their back,  Toyota has basked in glory by dominating from 2012 with the Vos/Howie win to present day.  Anthony Taylor and Dennis Murphy in a Toyota Hilux were victorious at the final round of the event in Kumakwane just outside Gaborone in 2013.

2014 saw the introduction of some significant changes, chief among the new included relocating to Jwaneng, approximately 160 kilometres west of Gaborone, home to the world’s richest diamond mine, offering new terrain and a level playing field for all plus a ‘Pot of Gold’ for competitors, with the TDR 1000 the only marathon event on the SACCS calendar, now scoring double points.

Taylor/Murphy made it three in a row when they clinched the overall title in 2014 and 2015 while Leeroy Poulter and Rob Howie, after a stellar performance in their Toyota Hilux were crowned 2016 overall champions.  2017 and 2018 belonged to Dakar legend Giniel de Villiers and Dennis Murphy in the FIA Class Toyota Hilux.

In accordance with the Botswana authorities’ philosophy of tourism diversification, elevating communities and meeting the requirements of the Environmental  Impact Assessment, the TDR 1000, the largest sporting and social event in the country and a major financial donor to the local community, relocated to the mining town of Selebi Phikwe in 2019.

The new terrain proved a major challenge and for the first time in eight years a privateer team took overall honours ahead of the more fancied factory teams.  Chris Visser and Phillip Herselman in a Toyota Hilux posted a race winning time of just over seven minutes ahead of the closest factory rivals. Visser last won the TDR 1000 in 2011 alongside Japie Badenhorst in a factory Ford Ranger TDCi.

Over the years the battle for supremacy on the gruelling TDR 1000, with terrain often more suited to four-wheel drive vehicles, was as intense in the Special Vehicle category for two-wheel drive frame vehicles.  This category has also seen several Botswana competitors like Keith du Toit, Mogrey Mabille, Lepsy Mosope, Julio Ferreira  and Atang Makgekgenene, who won the event on two occasions in 2004 and 2005 with Buks Carolin, compete in the SACCS championship.

Craig Hopkinson/Martin Spencer were the first recipients of the overall Special Vehicle title in 1992 followed by John Lambert/Eric Scholtz in 1993.  Rob Wark and Marius Beaurain made history in 1994 and 1996 respectively when they won the event in single-seaters.  Richard and Buks Carolin also carved their niche as the only sibling combination to win a TDR in 1995.

The only other Special Vehicle team to have recorded a hat trick on this demanding event was Shameer Variawa and Siegfried Rousseau from 2008 to 2010. Evan Hutchison and Danie Stassen were victorious in 2012 and 2015 with teammates Dave McShane and Leander Pienaar taking the laurels in 2016.

Regrettably, like all other major sporting, cultural and corporate events worldwide the TDR 1000 in Selebi Phikwe, Botswana had to be sacrificed in June 2020 in view of the global COVID-19 pandemic.

SACCS together with its partners Toyota, Botswana Tourism, SPEDU, Selebi Phikwe Town Council and BMS are monitoring the devastating effects of the current situation very closely and will announce plans for 2021 in accordance with relevant government and economic guidelines once these become available. 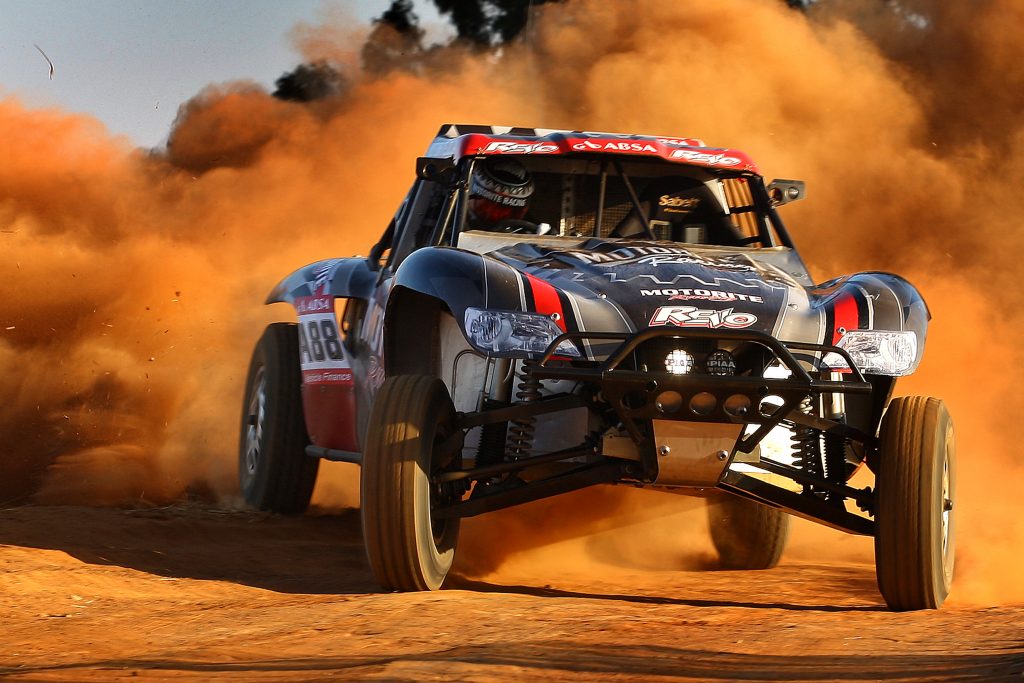 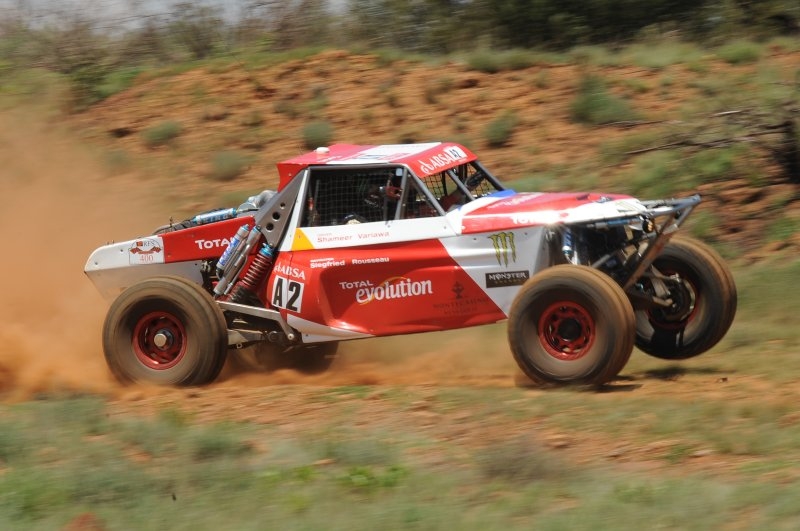 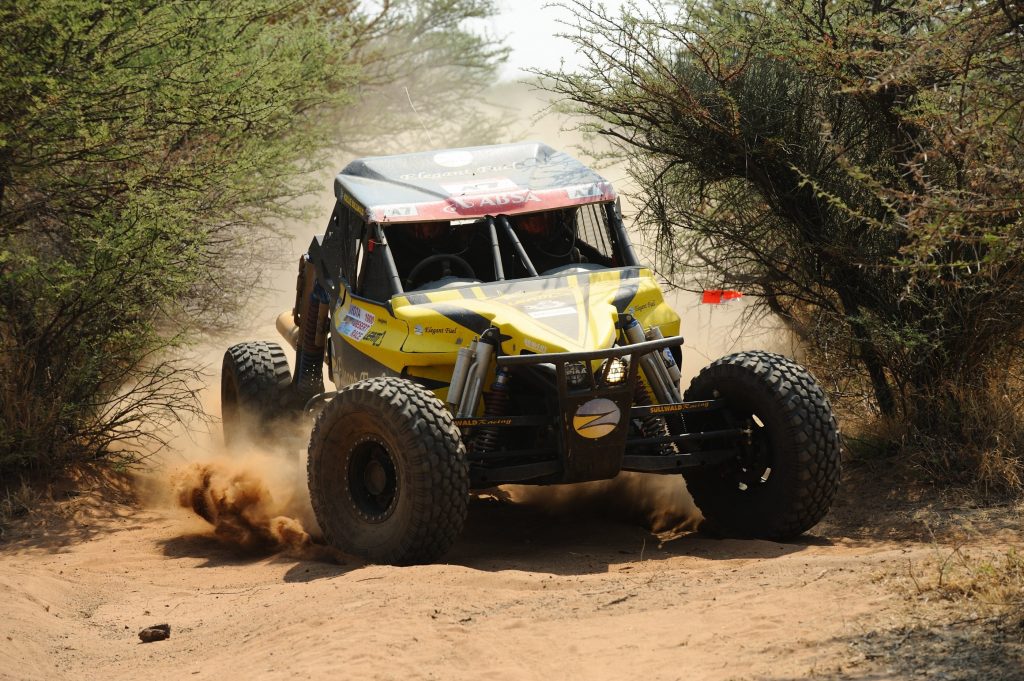 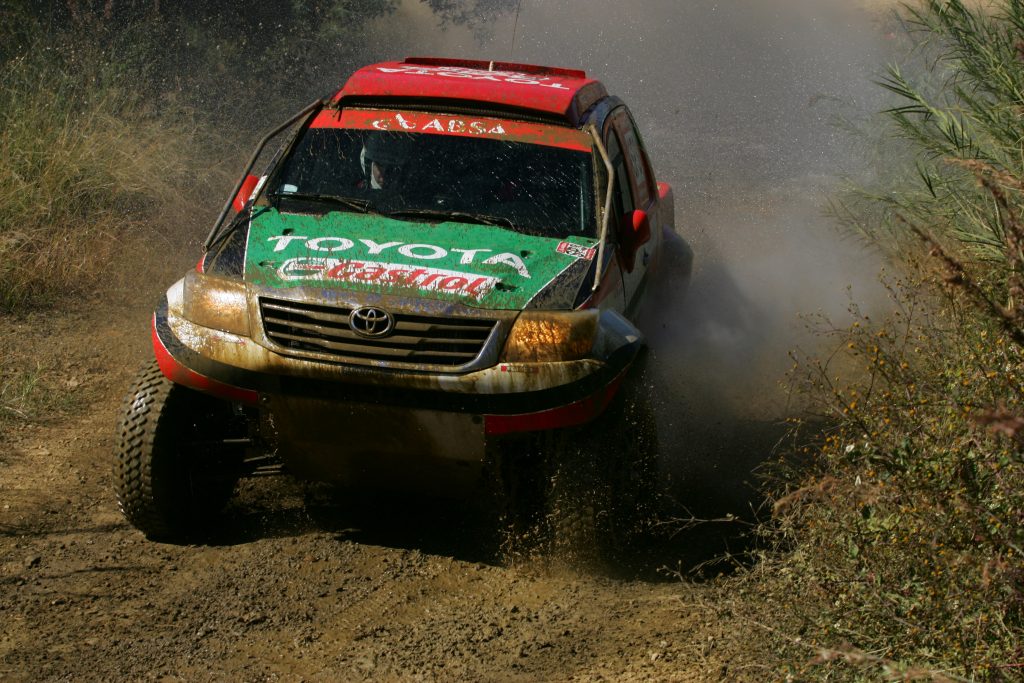 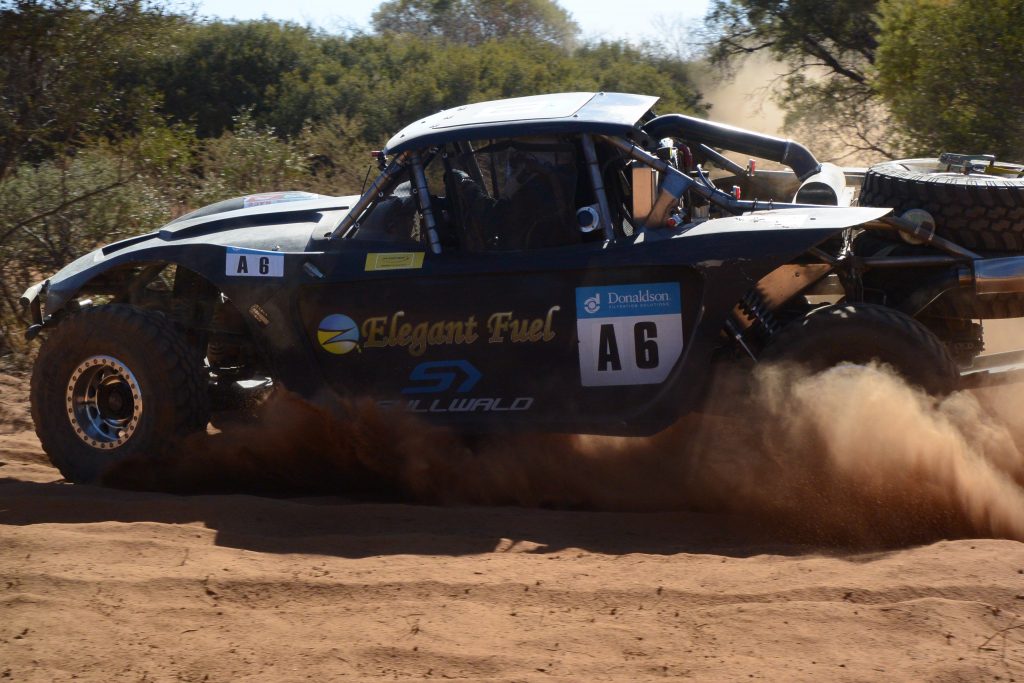 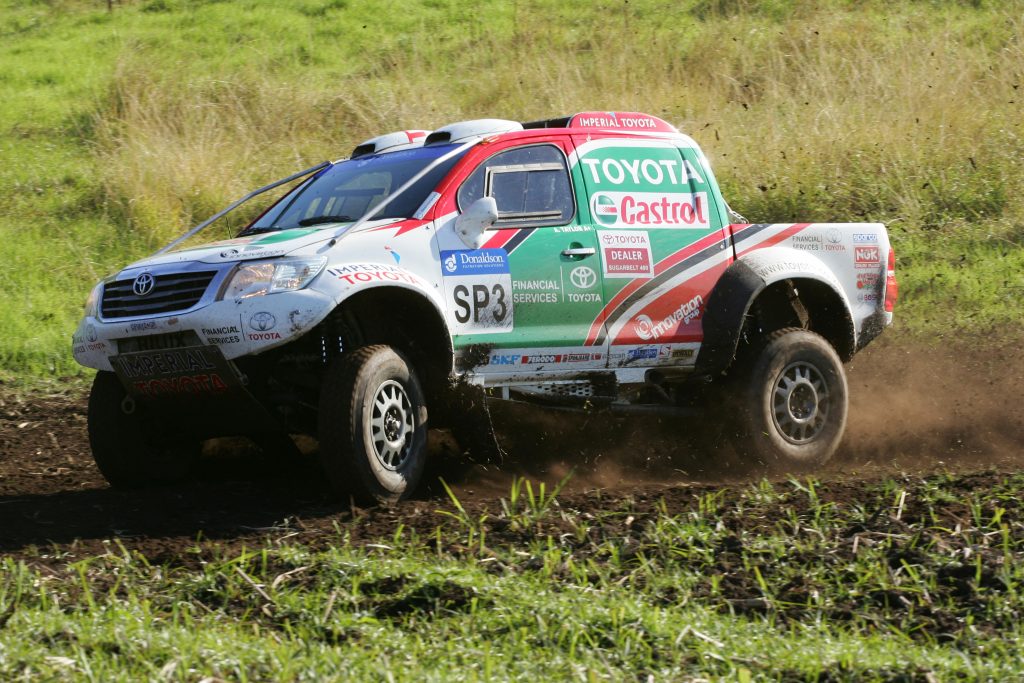 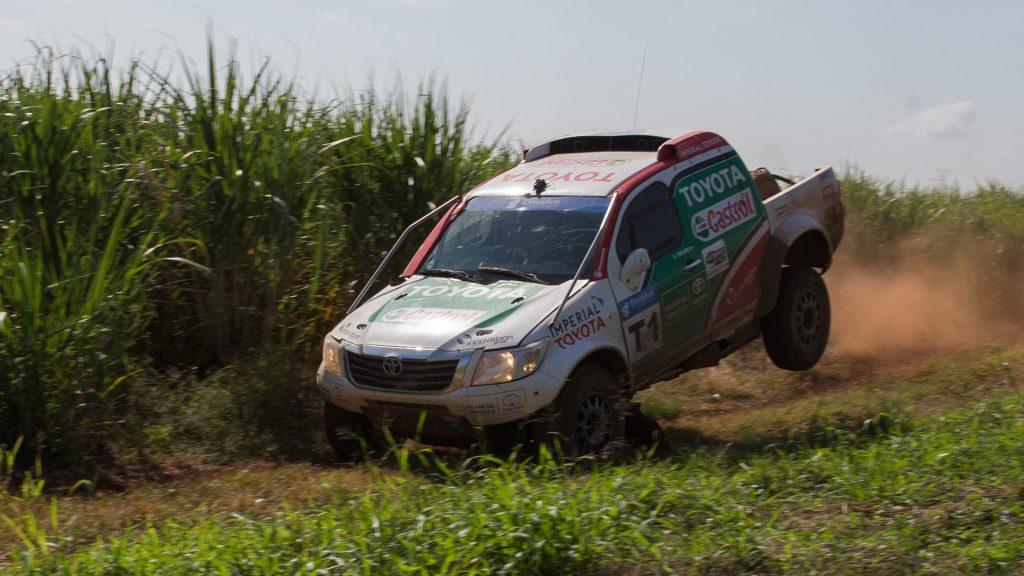 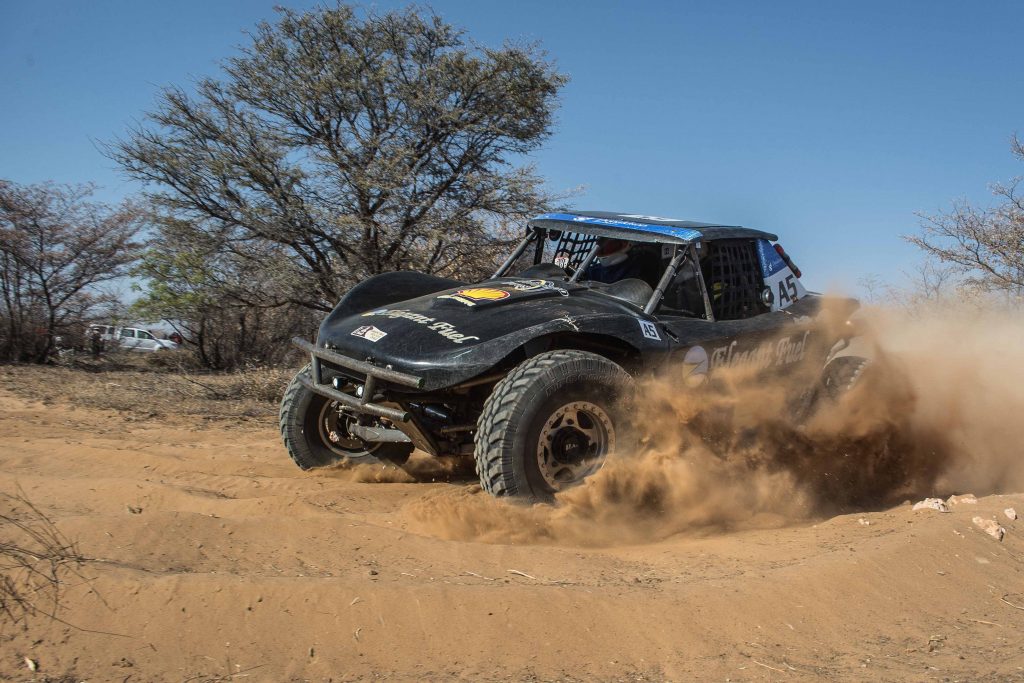 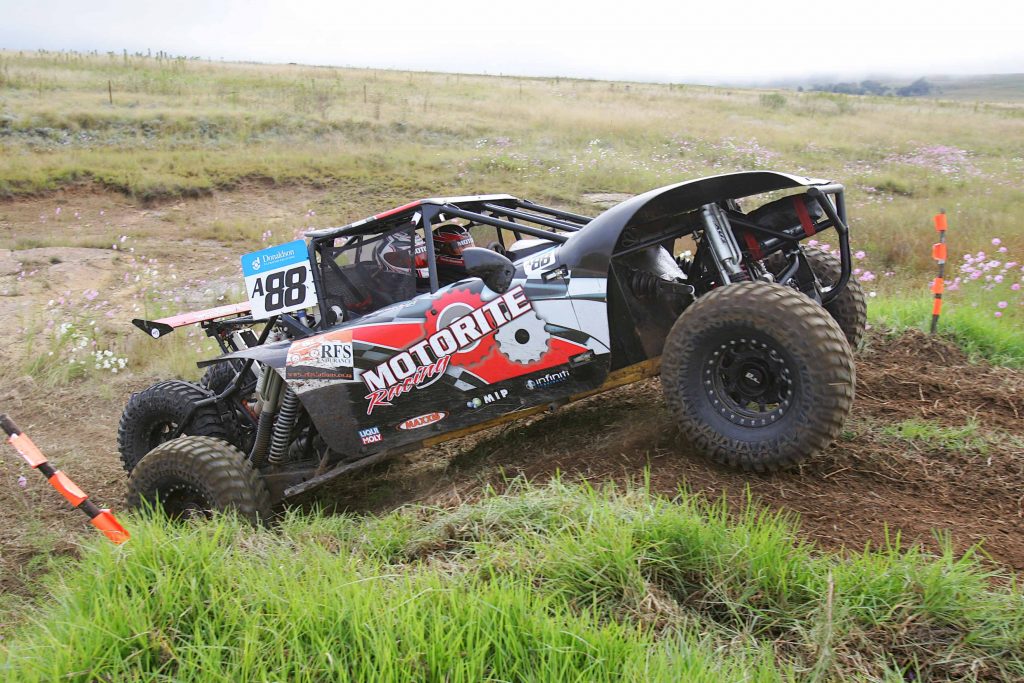 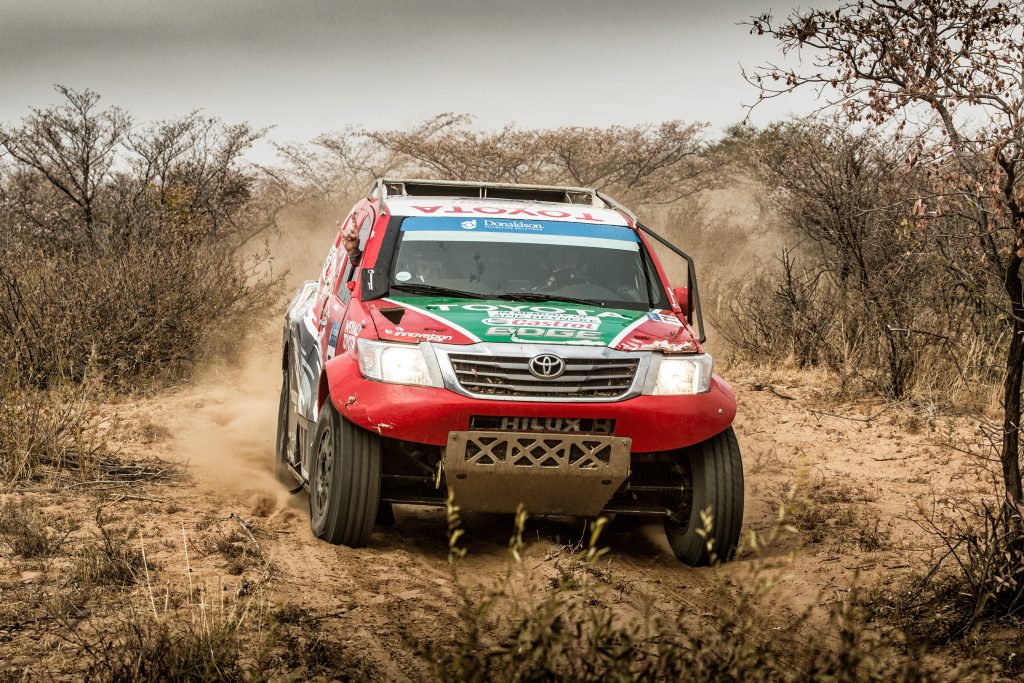 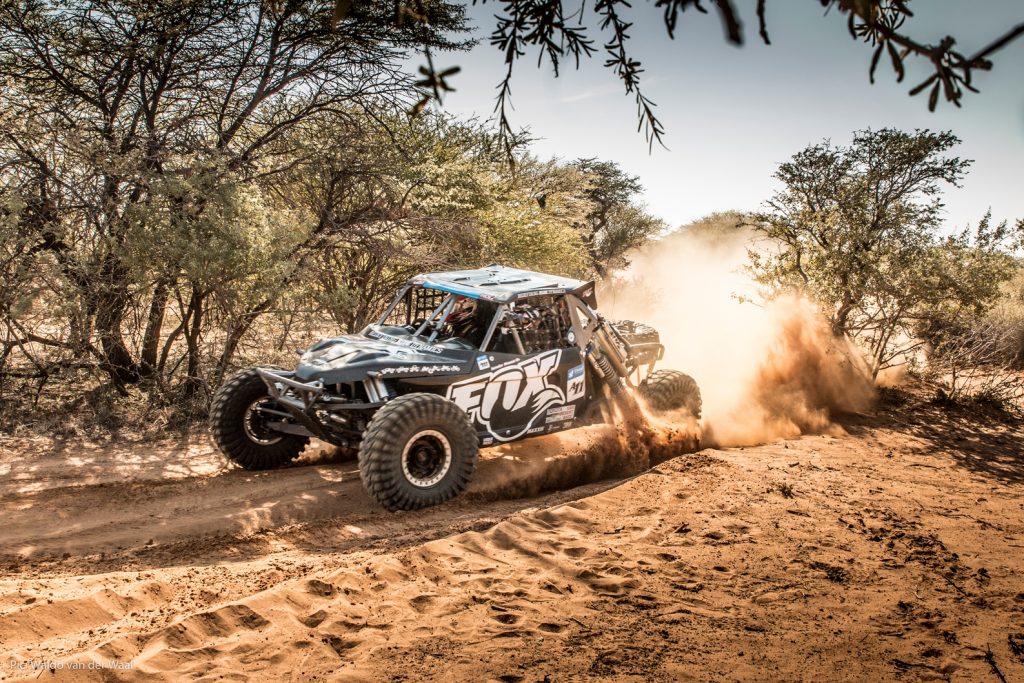 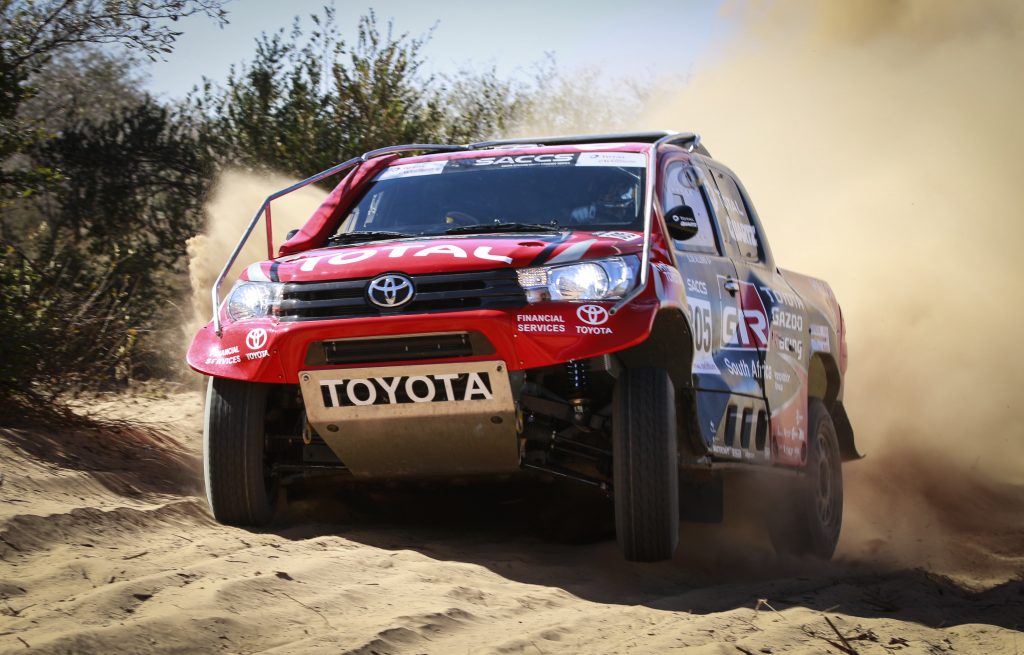 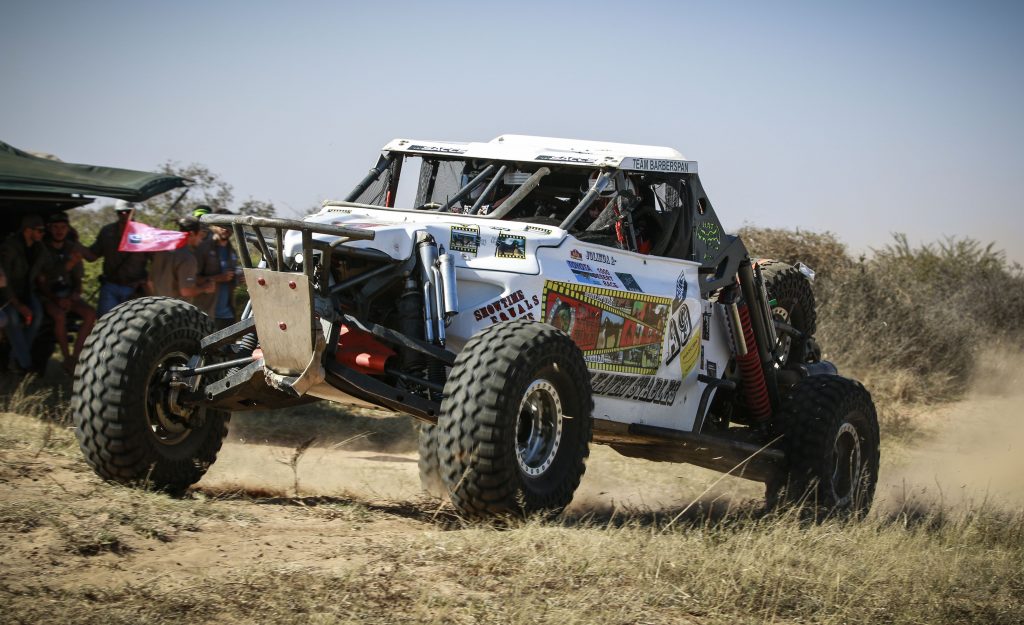 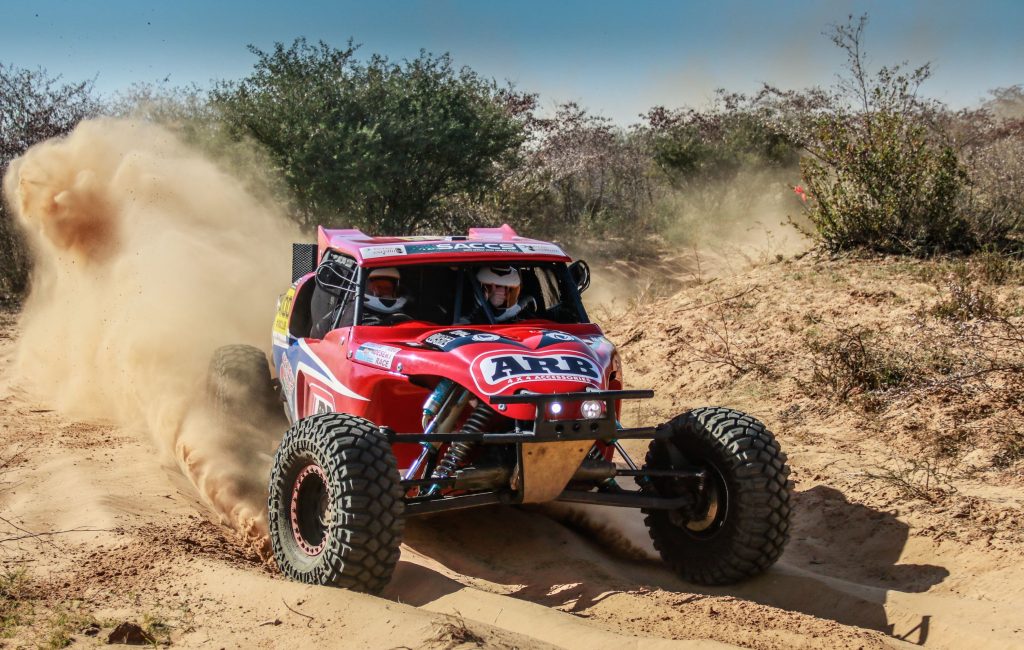 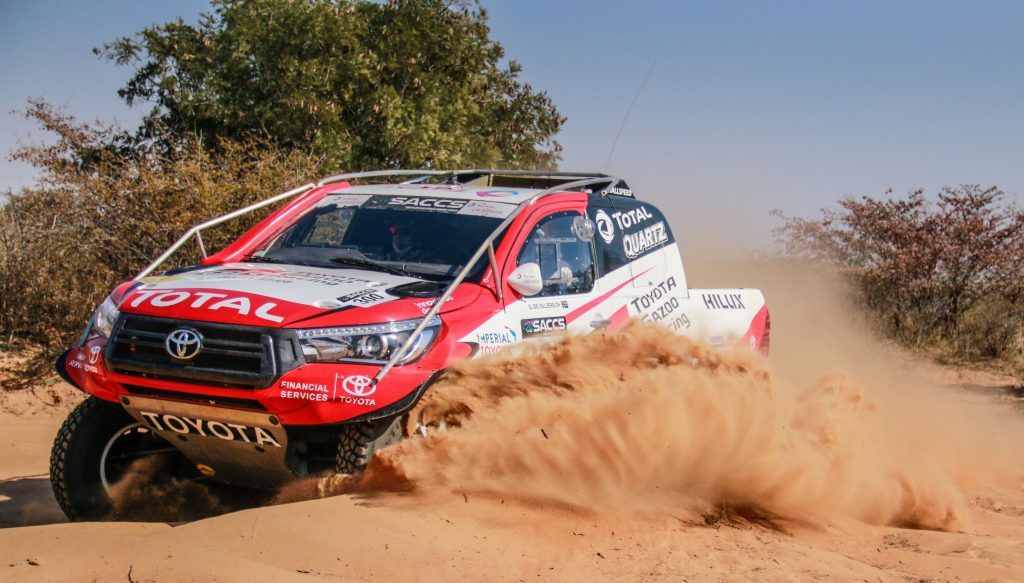 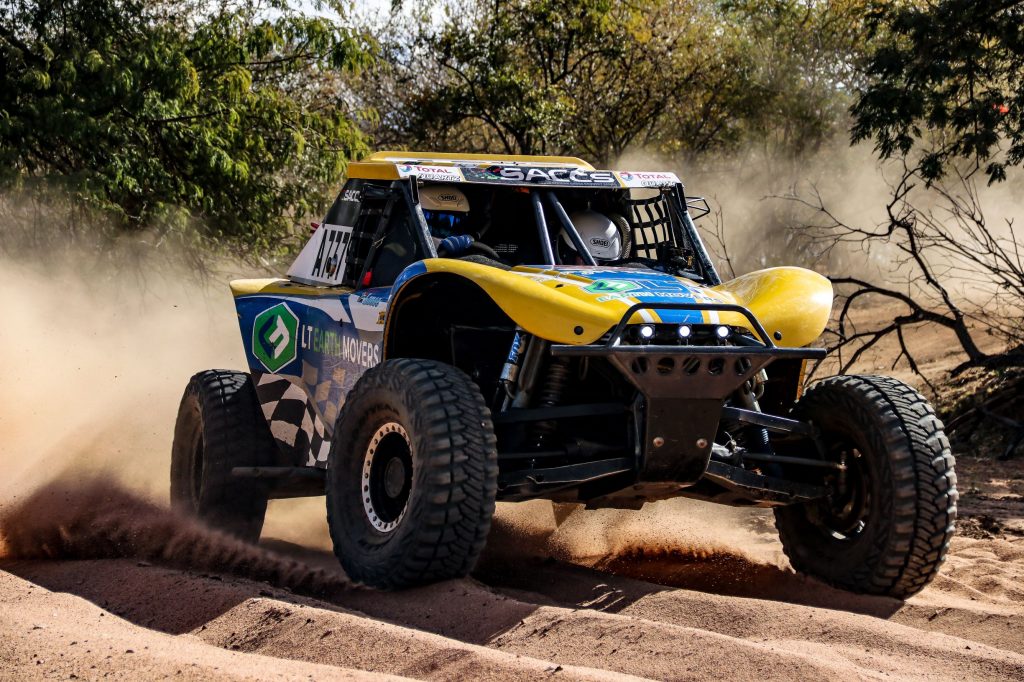 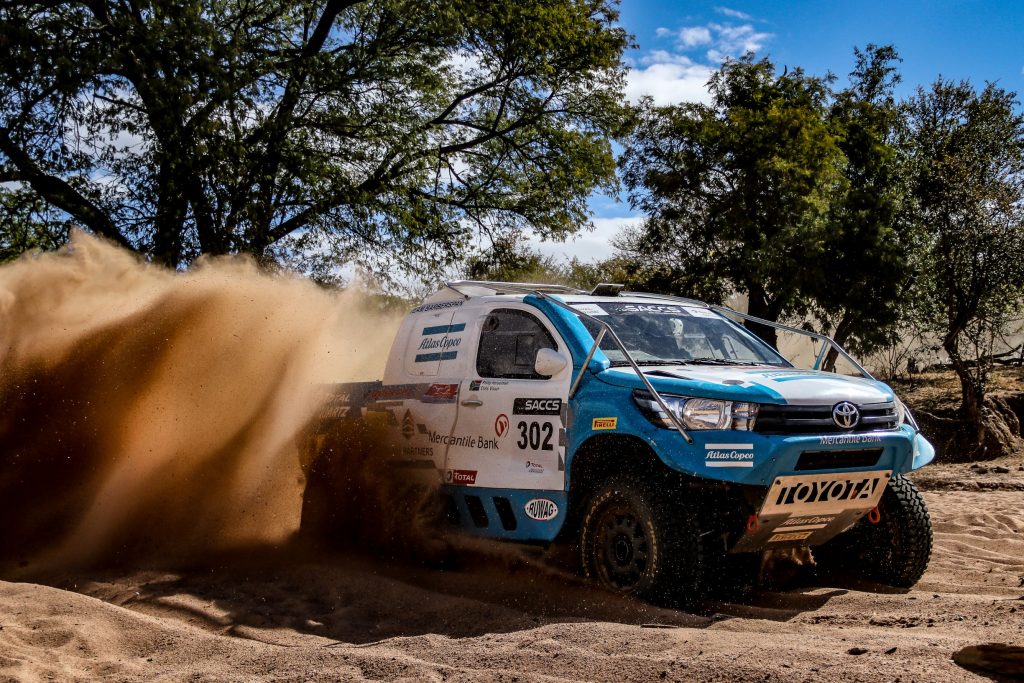 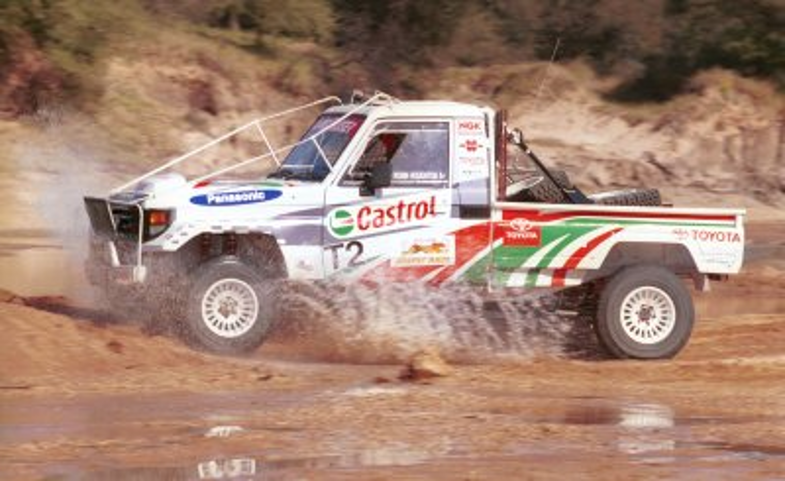 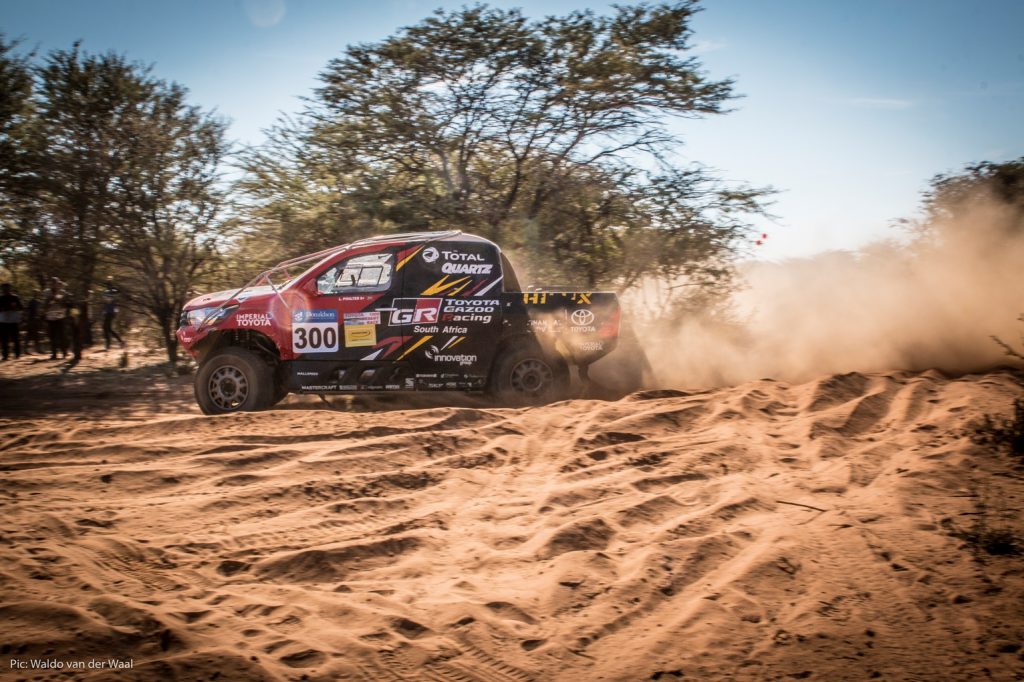