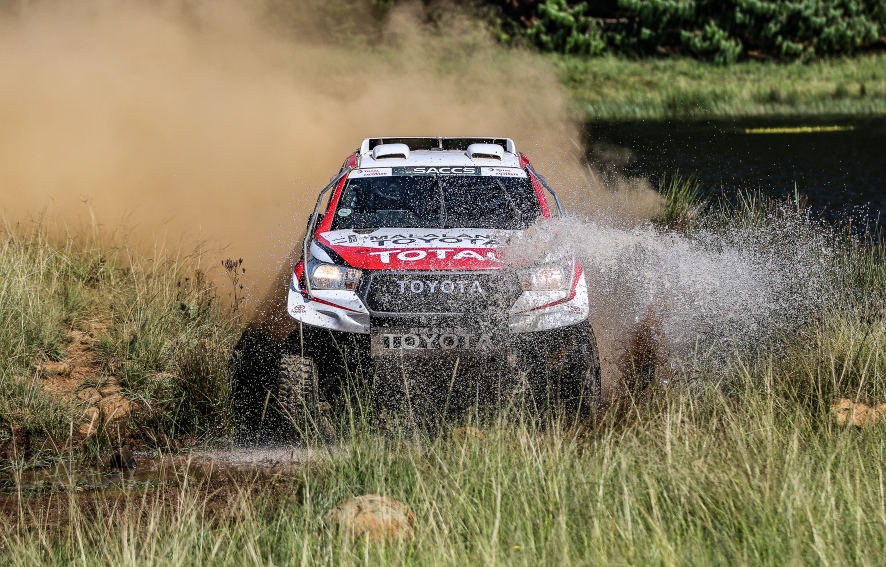 For SA Cross Country champions, Johan and Werner Horn, the automotive industry is the blood in their veins and the heartbeat of their grit and passion.

Way back in 1942, the family business Malalane Garage, was established by Johan Horn senior’s father, Nico, when he and business associate Rob Ferreira invested in the franchises for Borgward cars, International tractors and Pegasus fuel.

Presiding over the business, which has always had strong family ties, and experienced dynamic changes over the years, Johan senior transformed the business and in 1979 relaunched it as the Malalane Group.

Over the years the group has grown exponentially and today the Malalane Group encompasses a wealth of businesses, dealerships and franchises predominantly focused on the automotive sector servicing the local community, agriculture, mining, forestry, tourism and construction industries.

“The Group, headquartered in the tropical agricultural and tourist hub of Malalane in Mpumalanga, is an integral part of our family and, Leonie and I are proud of the commitment and loyalty our three sons, Johan junior, Francois, and Werner have brought to the organisation,” said CEO and Dealer Principal Horn senior.

The Horn family were born and brought up in Malalane and  play a pivotal role in the local community. “We have a deep- rooted and proud heritage in the area and over the years our commitment to the community has seen no boundaries,  from creating employment opportunities, implementing career skills programmes, building schools, initiating feeding schemes and supporting sports and cultural events to attract tourism to the area,” Horn senior said.

Johan senior, a cross country competitor in the 1980s, passion for motorsport rubbed off on two of his sons, Johan junior and Werner, who are among the top crews in the SA Cross Country Series (SACCS) Production Vehicle category.

Johan junior born in 1980, spent weekends and school holidays working at Malalane Toyota, with his aptitude always leaning towards the technical and engineering aspects.  While still at school, Johan developed an interest in off road quad bikes but a serious race accident, which saw him confined to a wheelchair for three months, abruptly ended that affinity and persuaded him to explore four-wheel car racing.

After matriculating Johan started work as a service advisor at Malalane Toyota. The next step in his young career was a stint in London where he worked for Lexus for a year before returning home. Johan’s return home coincided with an opportunity from dad, Johan senior, to start an automotive body and paint business.

“We have always enjoyed a high level of support from our parents, and they encouraged us to be self-sufficient and conscientious.  My newfound interest in Cross Country racing encouraged me to design and engineer my first cross country vehicle, a Toyota Land Cruiser which I built during 2006 and 2007.  To my dismay we rolled it on the first test run, and I had to start all over again,” Johan junior recalls.

Werner was born in 1983 and, like older brother Johan, grew up in the motor business by working weekends and holidays at father Johan’s Malalane Toyota dealership.

After matriculating Werner started working at Malalane Toyota in the parts department. The next step for Werner was a move into the workshop as a service advisor. This was followed by a stint as a salesman in the new vehicles department.  Werner worked in the sales department for a year before it was back to the workshop where he is the service manager.

Werner also followed in his father and older brother Johan’s footsteps when it came to motorsport.  A self-confessed motorcycle enthusiast Werner combines his love of off road and enduro motorcycle racing with co-driving for brother Johan in the SACCS Cross Country championship.

The two brothers, with very distinctive personalities, made their debut in the SACCS championship in Class D where they campaigned the Toyota Land Cruiser, designed and engineered by Johan and built by the siblings.  In Werner’s words  “We started off as a true ‘works team’, we worked hard at our day jobs and worked on the race car on weekends and after hours.”

Despite only entering a few events in 2008 and 2009, the pair soon found their rhythm and claimed their first national victory by winning Class D on the 2009 Toyota 1000 Desert Race in Botswana. Werner said, “It’s called beginners luck, but our bodies took an old fashioned battering.”

The brothers took a sabbatical in 2010 and put all their energy into re-engineering their Class D Toyota Land Cruiser.

“Nobody was really building and selling Class D off road vehicles,” said Johan junior. “We had to learn to do it ourselves and because of the many technicalities involved, one ideally needed a facility to design and test components and set-ups in a computer engineering environment, before applying it to the vehicle. We did not have this luxury, but none the less the determination to succeed carried us through” Johan junior said.

In 2011 the Malalane Toyota team launched their revitalised Class D Toyota Land Cruiser. During the following three years, 2011 to 2013, Johan and Werner contested the very popular and ultra-competitive Class D championship against the likes of the Oosthuizen’s in a Land Rover,  Deon and Jason Venter respectively in Toyota Hilux models and father and son Cliff and Louis Weichelt in a pair of Toyota Land Cruisers.

“At times it was really tough going, but despite the trials and tribulations it was the ideal proving ground, and by the end of the 2013 season, where we finished second in the Class D championship, we had gained invaluable experience and confidence in the demanding sport,” said Werner.

“2014, and again we were the small fish in the big pond, when we exchanged our aging Class D Land Cruiser for the ex-factory Toyota Hilux in Class T.  At the first race of the season, the RFS 400 in Harrismith, there were 15 entries and we knew it would be a season fraught with intense rivalry,” Johan said.

Johan and Werner took to the new class like ducks to water, they were the only team with a one hundred percent finish record in the Class during the season, consistently finished in the top ten and scored their maiden victory when they won the 2014 Sun City 450 ahead of the more fancied manufacturer entries. Being crowned runners up in the Overall Production Vehicle and Class championships was the perfect reward for their dogmatic dedication over the years.  The honour of being the highest placed privateer in the Production Vehicle category was the cherry on top.

The following five years were a bit of a roller-coaster ride for the Malalane Toyota Hilux team, pitting their skills against longstanding and quality opponents over many arduous kilometres of Cross Country terrain.

One of the 2015 highlights was finishing second in the Overall Production Vehicle and Class T championships on their home event the Nkomazi 450 in Malalane.  The pair finished behind second placed Jurgen and Max Schröder in the Regent Racing Navara, who as foreign competitors were not eligible to score points in the championship.

2016 was another actioned packed year for Class T.  With the move by the Toyota Gazoo Racing squad and the Red-Lined  Nissan team to the new FIA Class, for vehicles complying to the FIA Group T1 specifications for FIA Cross Country Rally World Cup and the Dakar Rally, the Class T battle lines were drawn between the factory Neil Woolridge/Ford Performance Rangers and a gaggle of highly experience and very competent privateers.

Top honours in the 2016 Class T championship went to Jason Venter and Vince van Allemann in the 4×4 Mega World Toyota Hilux.  Johan and Werner Horn in the Malalane Toyota Hilux finished fifth in class but again delighted their home fans with a successive win on their home event the Nkomazi 450.

Finally, in 2017 the much coveted number one plate in Class T went to the Horn siblings in the Malalane Toyota Hilux.  The pair started the season with a class win, ahead of the three Neil Woolridge Motors Ford Rangers of Lance Woolridge/Ward Huxtable, Gareth Woolridge/Boyd Dreyer and Henk Lategan/Barry White.  This good form continued with the Malalane Toyota pair accruing two more victories during the season when they won Leg One of the Toyota 1000 Desert Race and the Sun City 400.

“It was a dream come true and something we have been looking forward to for a long time,” the brothers said. “There is nothing better than winning a national class title and placing second, behind the Toyota Gazoo Racing Hilux of Giniel de Villiers/Dennis Murphy, in the Overall Production Vehicle category was awesome,” Werner said.

The Toyota versus Ford and the Horn’s versus the Woolridge’s battle continued throughout 2018 with Gary Berthold and Geoff Minnitt the proverbial ‘ham in the sandwich’.  Only nine points separated reigning champions Johan/Werner Horn in the Malalane Toyota Hilux from the class leaders Lance Woolridge/Ward Huxtable in the Ford Neil Woolridge Motors Ranger going into the final round, the Gold 400 in Glenharvie.

The Horn brothers posted the fastest time in the Qualifying Race on the Friday giving them a slight advantage over the aspiring champions behind them.
“But it was not to be.  We had an excellent start, but a mere 71 kilometres into loop one, the always present and dreaded possibility of something malfunctioning struck.  The vehicle developed an electrical problem, which we were unable to fix, and spelt the end of our race and our desire to clinch back to back titles,”  a disappointed Werner said after the race.

The fierce battle for supremacy between the reigning Class T champions Lance Woolridge/Ward Huxtable, Johan and Werner Horn and Gary Bertholdt/Geoff Minnitt resumed, with Jacques van Tonder the hinderance in the trios’ game plan, with the opening event of the 2019 season and continued unabated throughout. When the curtain dropped at the final round, the Parys 400, it was the Ford Castrol Cross Country Ranger of Woolridge/Huxtable that made in two in a row and relegated the Malalane Toyota Hilux pair as runners up.

“The Ford guys did a superb job throughout the year, but today we all won. The SA Cross Country Championship made history when the race was temporarily suspended, as South Africa played and beat England in the Rugby World Cup Final in Japan. While I was doing the hard-yards in wet and slippery conditions, younger brother Werner was comfortably ensconced at the Yokohama International Stadium in Japan watching the game,” Johan gleefully commented. 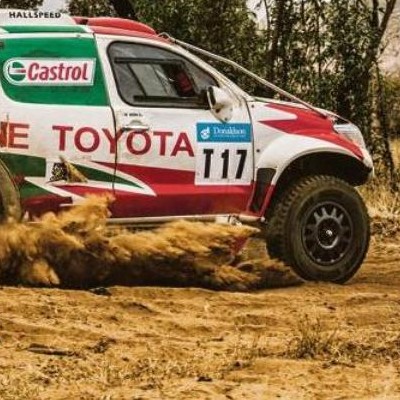 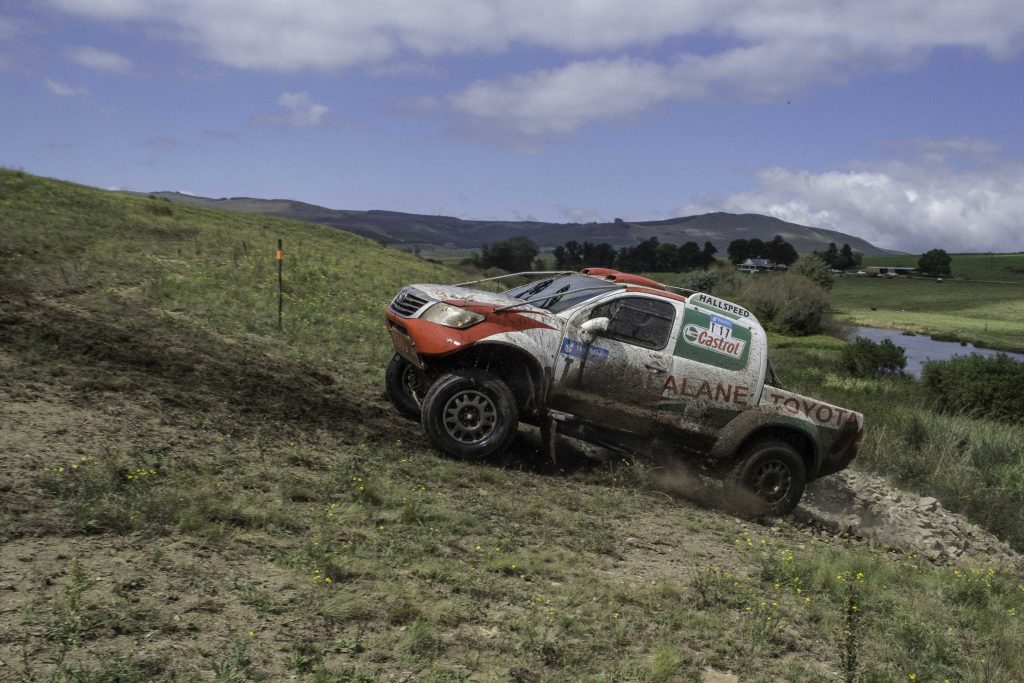 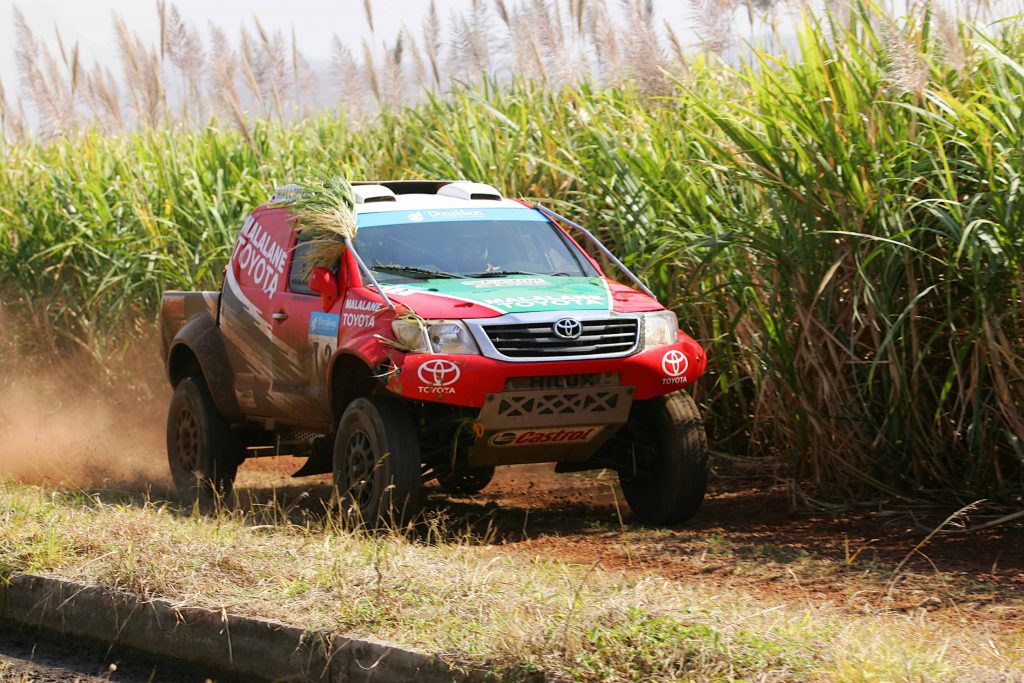 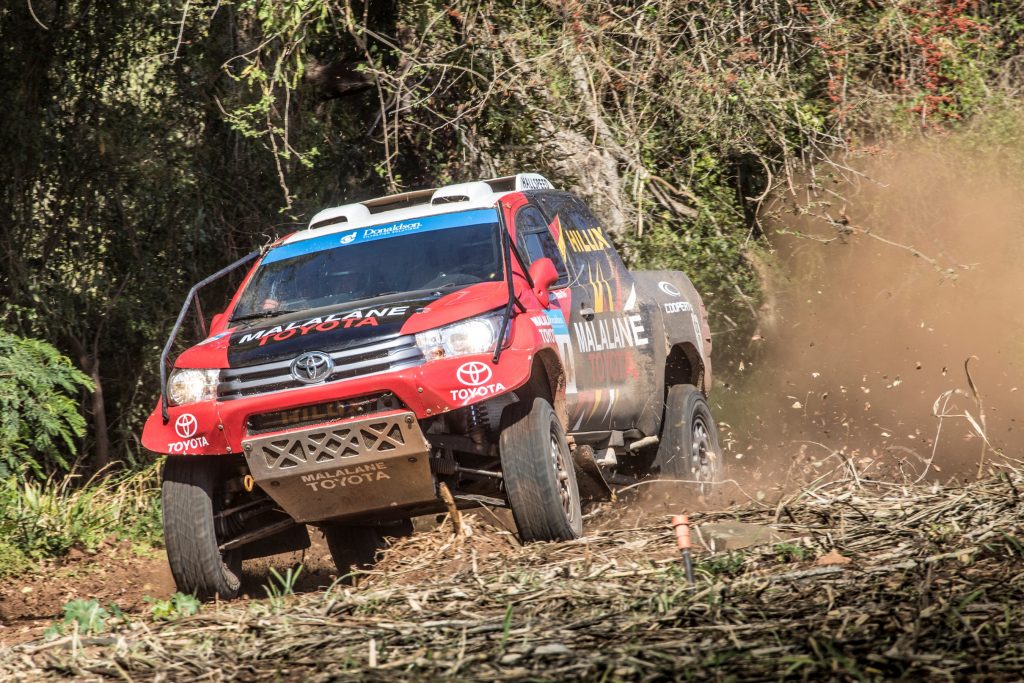 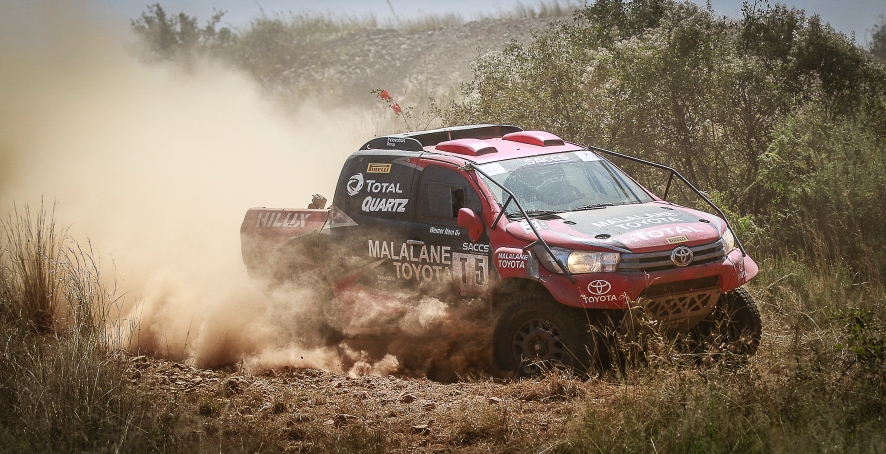 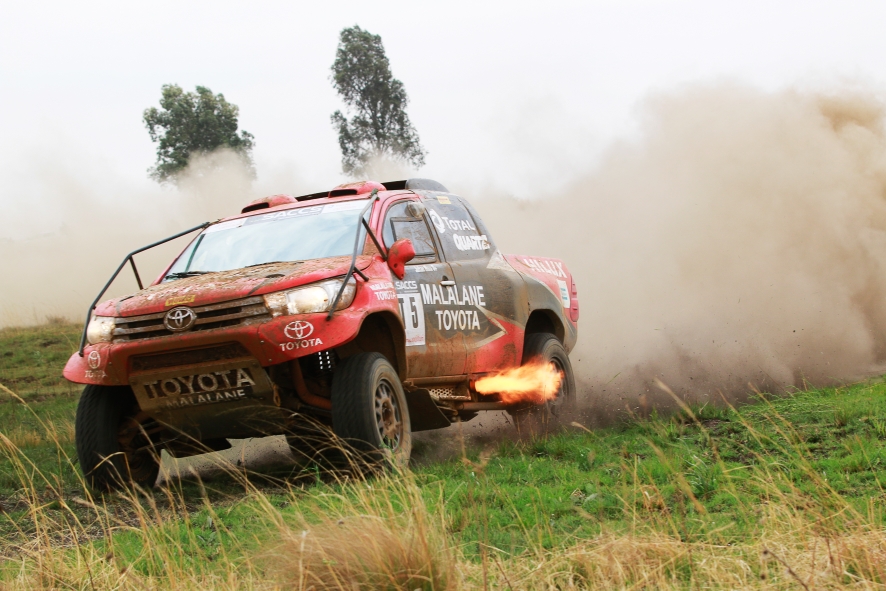 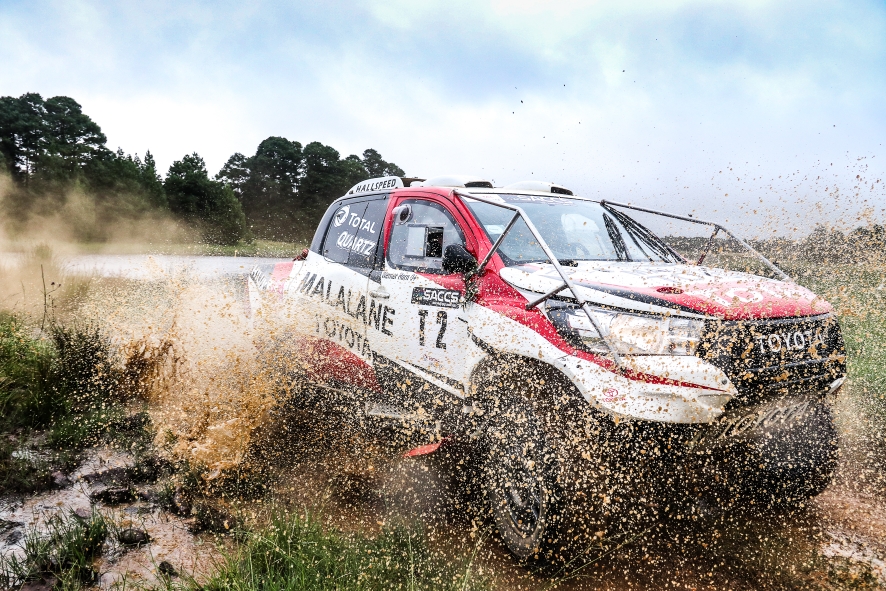 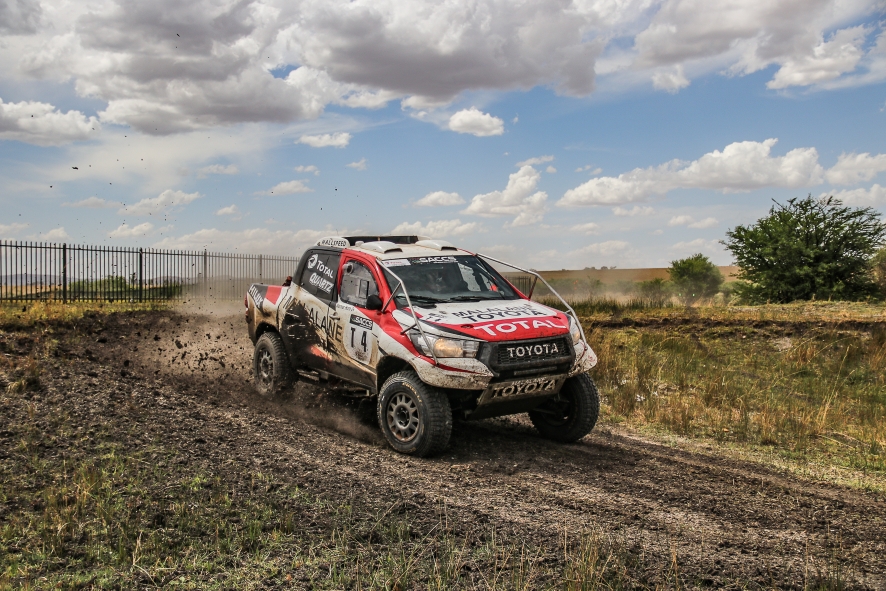 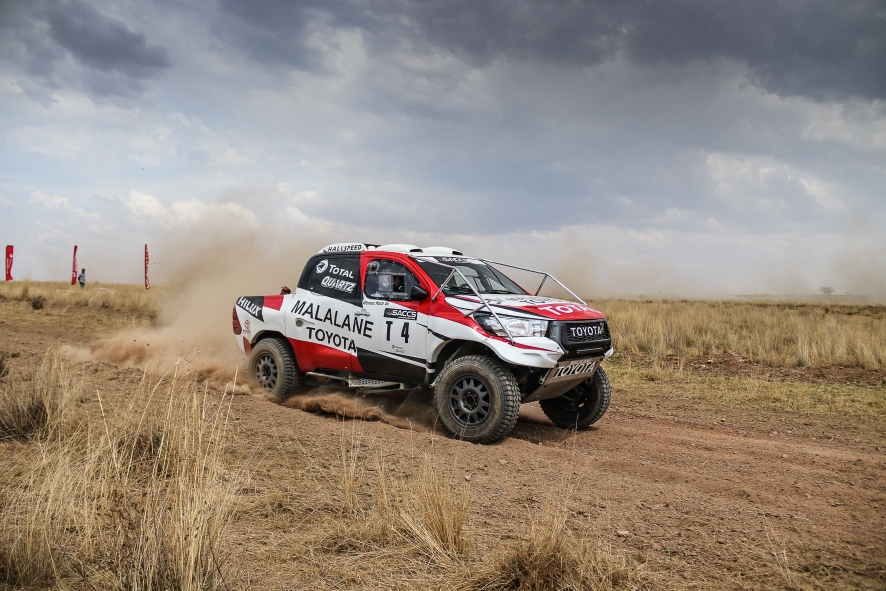 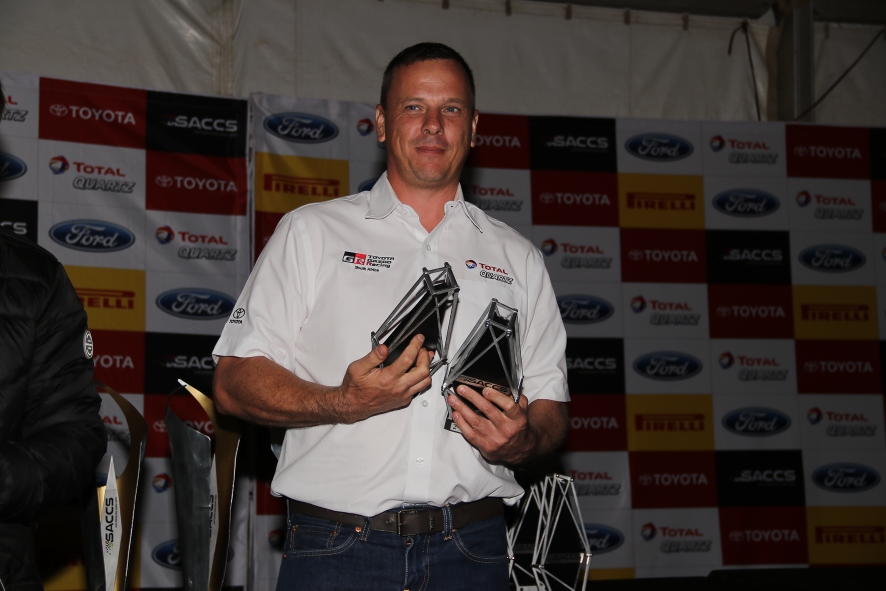 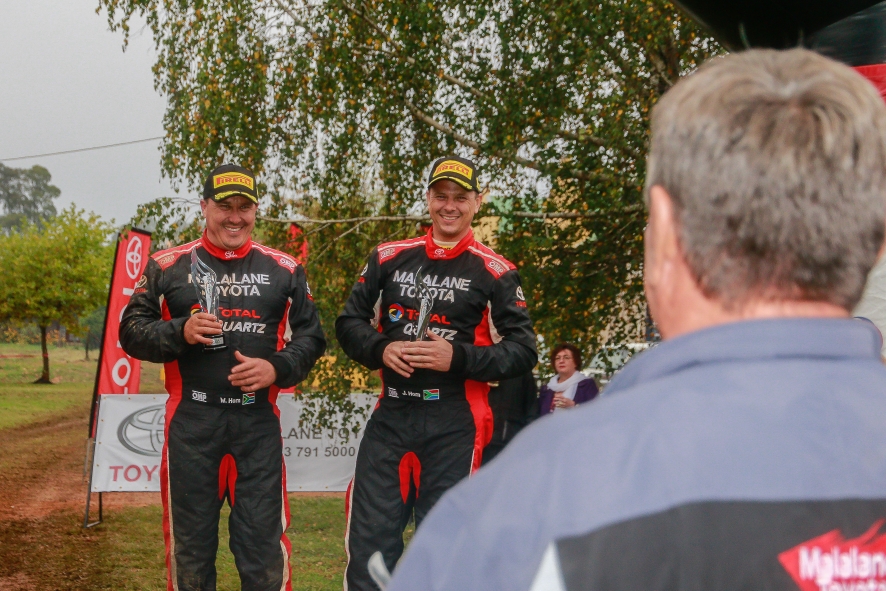 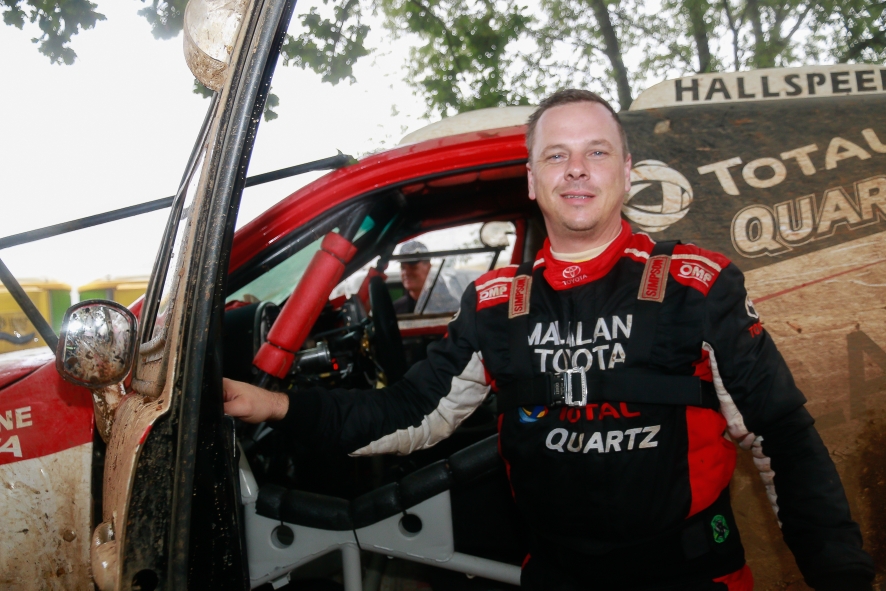 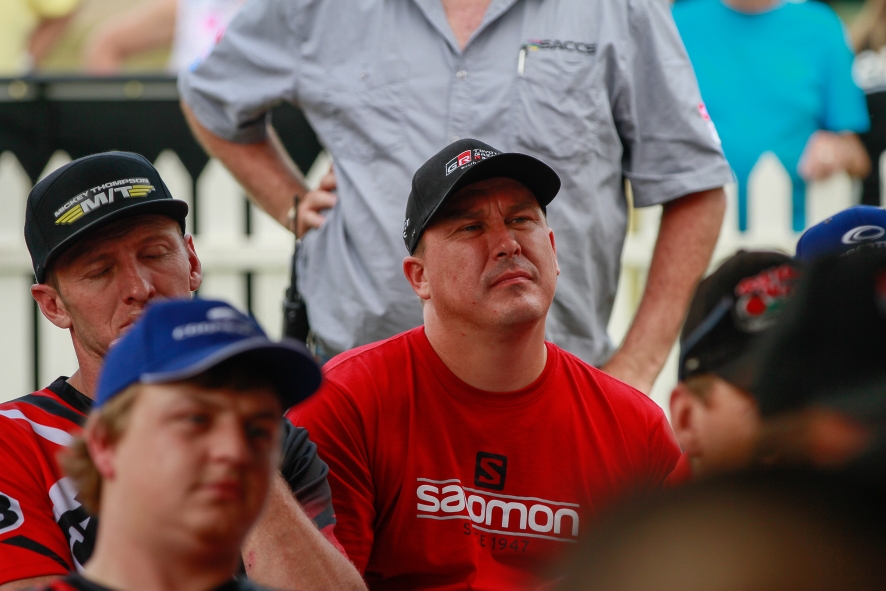