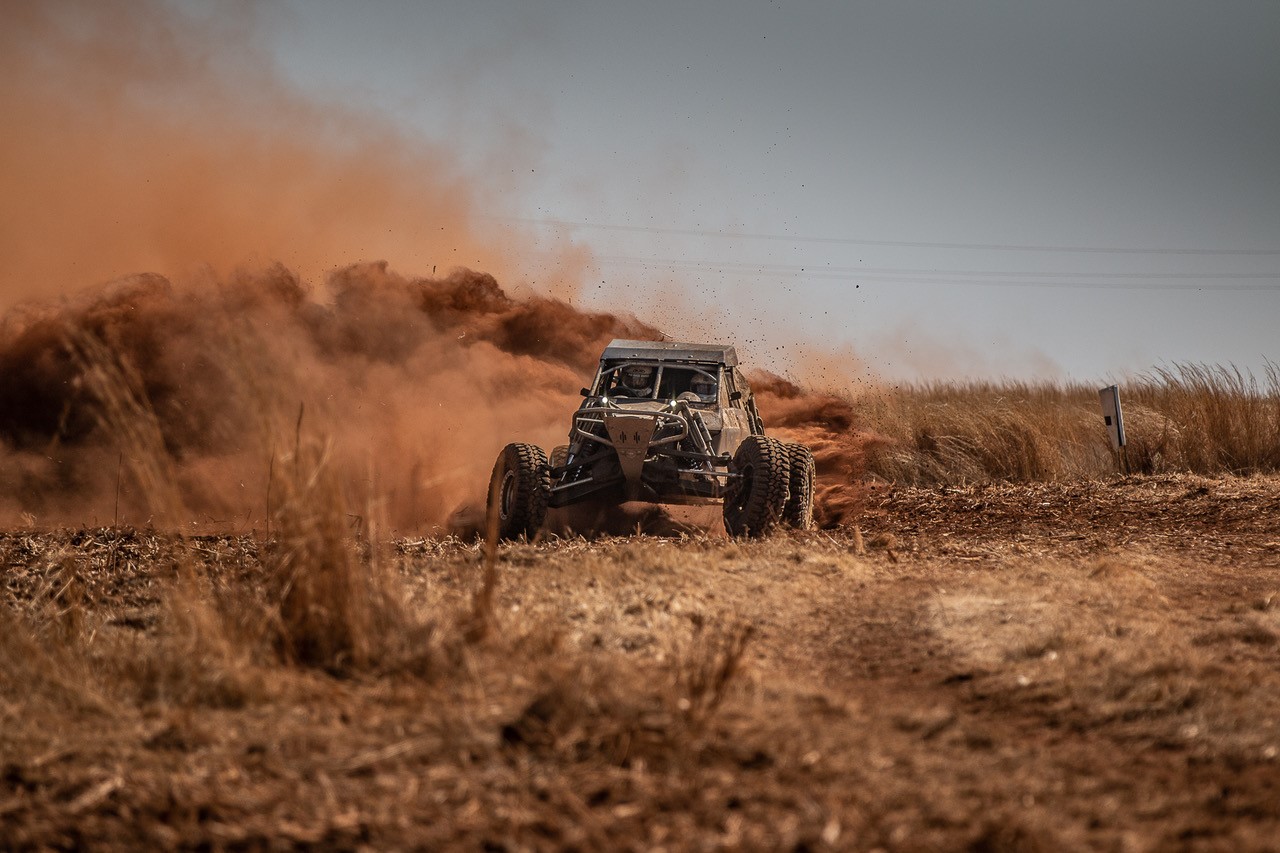 The Special Vehicle Category of the South African National Cross Country Series (SACCS) has new overall leaders after the Bronkhorstspruit 400, the second round of the 2020 championship that took place on 14 and 15 August after a lengthy hiatus under lockdown conditions.

Different teams are now leading both Class A and Class G and the standings have a totally new look which only means one thing – fiercely competitive racing at the remaining events of the season.

Like the rest of the world, teams and sponsors have been hard hit by the impact of the world health crises and although all the teams that participated in the opening round at the beginning of the 2020 season would’ve liked to continue racing, it was not possible. And while some had to watch from the side line how they dropped down the standings, there was joy for others as the situation benefitted them.

After finishing the opening race as the overall and Class A runners-up, victory at Bronkhorstspruit resulted in KZN crew Tim Howes/Gary Campbell (Zarco Magnum) taking the overall (53 points) and class lead. They also opened up a little gap to the husband and wife pairing of Sandra Labuscagne-Jonck/Jaco Jonck (Total Agri Porter) who finished second at the Bronkhorstspruit 400. The couple soared four places to second overall from where they trail the overall leaders by 20 points.

Clint Gibson/Alaric Smith (Stryker) won the opening round, but missed the second event and dropped from the lead to third place overall. They are three points behind the Joncks and six points ahead of Nico du Rand/Rikus Hattingh (Can-Am Maverick) who are now leading the Class G SxS championship. The winners of the opening round, Dean Bradbury/Timmy Botes (Canon Rotex) dropped from third to fifth on the overall standings (18 points) while they are now second in Class G after they could not finish the Bronkhorstspruit 400.

A class victory and third overall for defending Class G champions, Werner and Leon Mostert (Elf Renault Can-Am Maverick) saw them move up three places on the overall standings. They are now equal with Bradbury/Botes (18 points). The remaining overall top ten consists of Theo Erasmus/Edward Odendaal (Can-Am Maverick SxS) who dropped from fourth to seventh overall and now have the same amount of points (15) as Peter Walter/Shaun de Villiers (Can-Am Maverick SxS) who missed the opening round, but finished fourth overall at Bronkhorstspruit.

Competitors score an additional five points in the class championships for starting an event and although this changes the points somewhat, the standings are not yet affected. Howes/Campbell (48 points) are leading the Class A championship, but only eight points separate them from the Joncks (40 points) in second place. Gibson/Smith (35 points) are not too far behind in third place meaning the Class A podium can easily change after the next event.

Two starts, but no finishes yet, puts André Fourie/Hendrikus Pienaar (BAT Spec 3) in fourth spot (10 points) with John Thomson/Maurice Zermatten and Trace Price Moor/Shaun Braithwaite all on five points in Class A.

The Class G SxS Championship is looking as exciting and teams will have to take the bit between their teeth and go for gold as the title is up for grabs. With a blanket of only six points covering the three teams at the top of the leader board, red-hot action is guaranteed at the next race.

Two consistent performances has resulted in Du Rand/Hattingh now leading the standings (46 points), but the Mostert brothers are making inroads in defending their national championship title. They jumped four places and are only six points behind the leaders in second. They, however, have the same tally of points as Bradbury/Botes who had bad luck at Bronkhorstspruit but are still in contention although they dropped from leading the Class G standings.

Two teams, Erasmus/Odendaal and Walter/De Villiers, have 28 points with the Rutherfords (20) a further eight points adrift. Bierman/De Beer did well for themselves to finish fifth in Class G (17 points) after completing their first race of the season successfully.

The action will continue on 18 and 19 September when teams will take on the Nampo 400 outside Bothaville in the Free State.