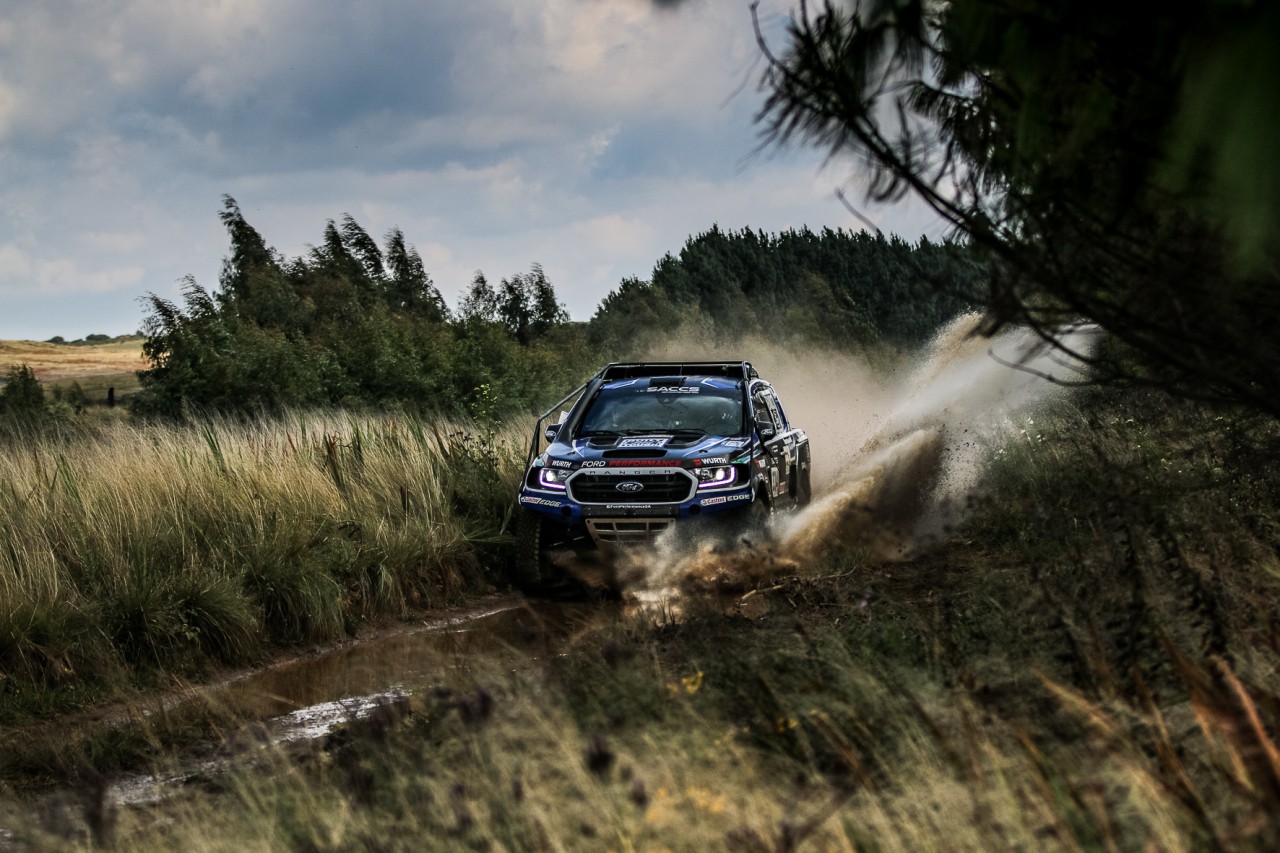 Dullstroom Friday 26 March – The first day of the Mpumalanga 400, the opening round of the 2021 South African National Cross Country Series (SACCS) taking place in the Dullstroom area this weekend, produced interesting results that predict an exciting second day on Saturday.

With the starting order for the 100km Tonteldoos Loop determined, the teams started their engines again and this time it was Baragwanath/Perry who put their stamp on proceedings. They will be the first team on the road on Saturday after posting the fastest time (01:42:56) in their new Century Racing CR6. They will be followed by multiple SA National Rally champion, Guy Botterill (01:43:46), who is standing in for Henk Lategan in the Toyota Gazoo Racing SA Hilux with navigator, Brett Cummings. Botterill/Cummings started 11th in the Production Vehicle Category after the Pirelli Qualifying Race and had no GPS for the first 30km, but fought their way back and will be the second vehicle to tackle the route on Saturday.

Pirelli Qualifying Race winners, Lance Woolridge/Elvéne Coetzee (01:44:44) exercised caution on the second half of the loop that seemed to be quite tricky with long grass and rocks, will start seven seconds ahead of team mates Gareth Woolridge/Boyd Dreyer who are also still adapting to their new vehicle and finished fourth (01:44:51) after initially struggling to find their rhythm.

They will be followed by Trethewey/Roets (01:45:03) who lead the Special Vehicle category. The pair were closely followed by fellow KZN competitors, Trace Price Moor/Shaun Braithwaite (BAT) who were seventh overall and the second Special Vehicle on the route after starting way down the field in the Pirelli Qualifying Race.

The Horn brothers (01:45:22) put their foot in the door to defend their Class T title and will start just behind Trethewey/Roets (LT Earthmovers BAT) with Ernest Roberts/Henry Köhne (FIA Class), who were the first of the four Red-Lined Motorsport VK56 teams home, eighth overall (01:46:42). Werner and Leon Mostert (Schalk Burger Motorsport Can-Am) were the fastest Side-by-Side and were third in the Special Vehicle category (ninth overall) while Mark Corbett/Rodney Burke (Century Racing CR6) (01:47:27) finished in 10th place overall.

Shameer Variawa/Danie Stassen (Toyota Gazoo Racing SA Hilux) suffered a puncture 30km into the loop and then hit a rock at high speed causing some damage to their vehicle. They finished 13th overall ahead of third placed Rose/Olivier with Johan and Sean van Staden Moto-Netix-KEC Racing Renault Duster rounding off the top 15 and finishing eight in the FIA Class.

Power-steering issues early in the loop slowed De Villiers/Murphy, who will start from 25th on Saturday, while former rally driver and new comer to the SACCS, Conrad Rautenbach and experienced Riaan Greyling (Red-Lined Motorsport VK56) will also have to fight their way back from 28th.

In the Special Vehicle category, the 18-year olds, Kent Rutherford and new kid on the block, Kabelo Mokanyane,  were second fastest in their Enza Construction Can-Am Maverick (01:48:06). They finished 12th overall with Dean Bradbury and Timmy Botes (01:52:18) in a similar SxS 17th overall and fourth in class. The winners of this even last year, Clint Gibson/Alaric Smith (Stryker) posted the 18th fastest time overall and will be the fifth special vehicle on the road on Saturday.

A challenging race awaits John Thomson/Maurice Zermatten (Mormond Zarco) and Tim Howes/Don Thomson (Tim Drew Property Developers BAT) who will be starting towards the back of the field. Geoff Minnitt/Carl Swanepoel rolled their SxS seven kilometres into the loop and broke off the front right wheel of their Can-Am Maverick. Sandra Labuschagne-Jonck/Jaco Jonck (Moto-Netix KEC Racing Porter) withdrew before the start of the race due to engine problems.

The first of two loops of the Mpumalanga 400 will start at 08:00 on Saturday morning. The Start/Finish as well as the Designated Service Point (DSP) and Race Headquarters are situated at the Cricket Oval in Dullstroom where no spectators are allowed according to COVID-19 Regulations. Enthusiasts can follow the event on the RallySafe App that is available as a free download on the Apple iStore and Google Play Store. 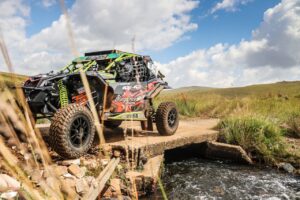 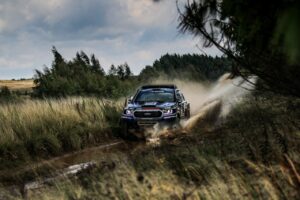 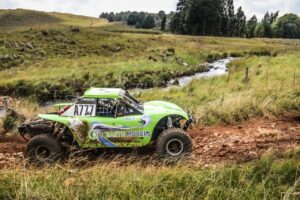 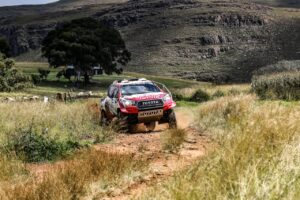 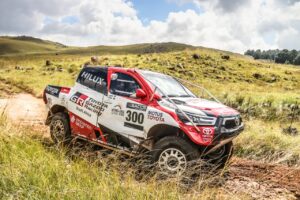 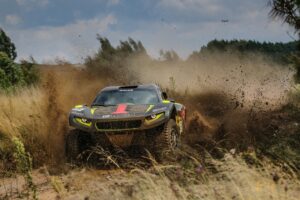