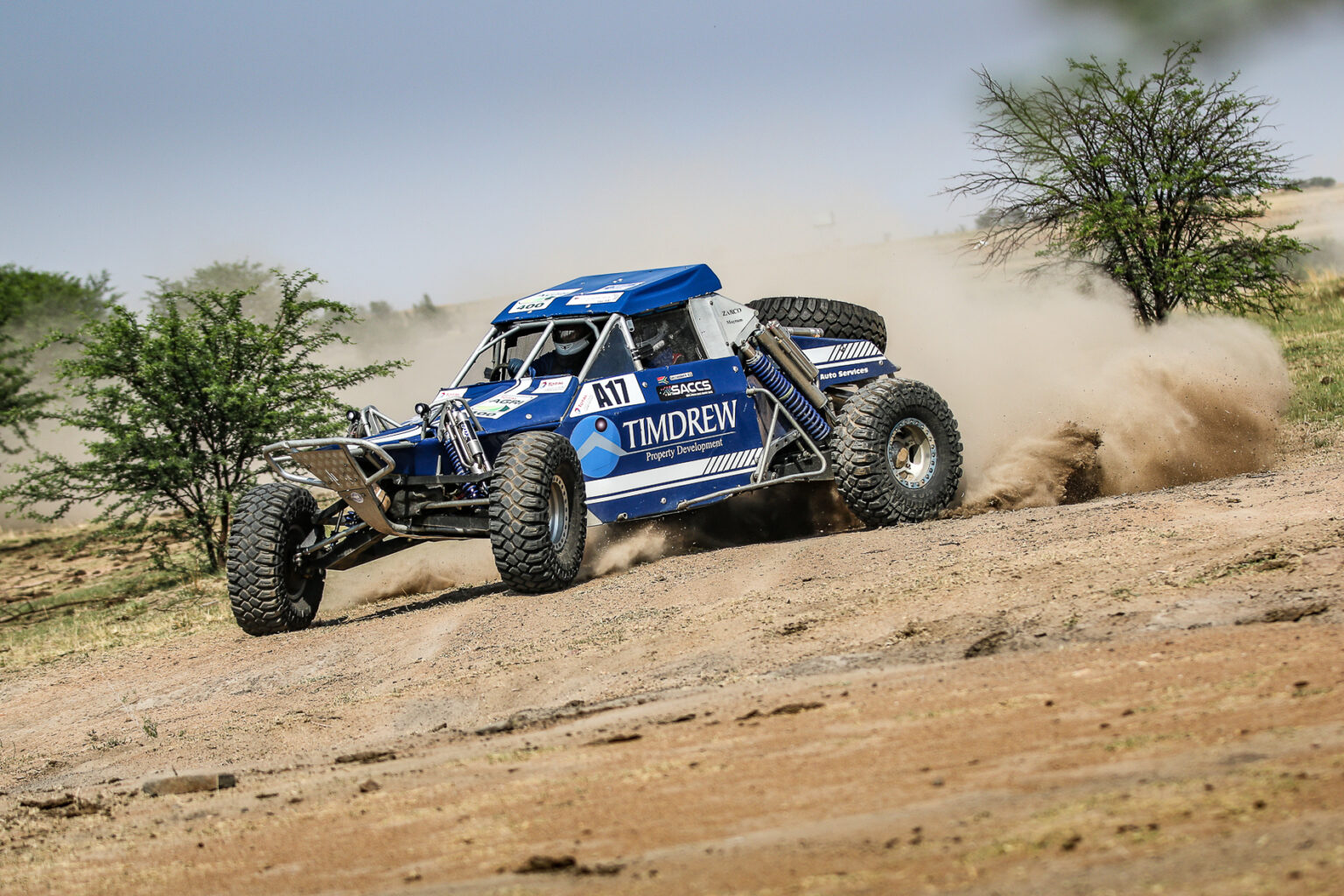 The Special Vehicle Category of the 2020 South African National Cross Country Series (SACCS) produced great action during the season despite the challenges it faced due to the global COVID-19 pandemic. As this category is mostly supported by privateer teams, the financial impact of the pandemic played a role in the competition when racing commenced.

There were ups and downs during the shortened season that started in February, but could only continue with the second round in August after a five month break. It was also the first season where Class G for Side-by-Side vehicles were added to the traditional classes A and P in the chase for the Overall Special Vehicle Championship and this certainly spiced up the season up.

In the end, consistency was the name of the game for the new overall and Class A champions, Tim Howes/Gary Campbell (Tim Drew Property Development Zarco Magnum) claimed two victories and two more podium results on their way to the titles. They could unfortunately not finish the final round, the Toyota Gazoo Racing SA Vaal 400, and bagged a total of 106 points towards the Overall Special Vehicle Championship.

Howes/Campbell finished 53 points ahead of the winners of the season opener, Clint Gibson/Alaric Smith (Dirt Sport Stryker) who only competed again in the Total Agri 400 at Bothaville where they finished as the runners-up. It was a see-saw season for the husband and wife team of Jaco Jonck and Sandra Labuscagne-Jonck who sits behind the wheel of the Total Agri Porter. They finished on the podium at Bronkhorstspruit and the penultimate round, the Ford Parys 400, but rolled their Class A vehicle at Bothaville and could also not finish the Toyota Gazoo Racing SA Vaal 400.

The couple bagged 51 points that are equal to the amount of points earned by Nico du Rand/Rikus Hattingh with their Can-Am Maverick SxS. The husband and wife team finished third overall with Du Rand/Hattingh, who are the only team in the Special Vehicle Category to start and finish all five the events, winning the Class G championship and finishing fourth overall.

A blanket of only 13 points cover the seven teams from second to eighth place overall showing just how close the racing was. Theo Erasmus/Edward Odendaal (Can-Am Maverick SxS) were the second highest-placed SxS team overall and finished a mere two points behind the newly crowned SxS champions. They were followed by two teams who only competed in the final two events and who scored the same amount of points. The defending champions, Lance Trethewey/Adriaan Roets (LT Earthmovers BAT Venom) and Boela Botes/Jay Pretorius (Schalk Burger Motorsport Porter), who last raced nine years ago, both accumulated 45 points.

Behind them the outgoing Class G SxS champions, Werner and Leon Mostert (Elf Renault Can-Am Maverick) finished eighth (40 points) after a frustrating season with their vehicle going into limp-mode during the races. Due to a musical chairs situation with drivers making use of more than one navigator, Dean Bradbury (Can-Am Maverick SxS) finished ninth in the Overall Special Vehicle Drivers’ Championship (35 points) followed by Peter Walter and Simon Murray (Total Excellium Can-Am Maverick SxS), both on equal points (30).

Behind Mostert in the Overall Special Vehicle Navigators’ Championship, Shaun de Villiers, who read the notes for Walter, finished 10th with the same points (30) as Achim Bergman who sits next to Murray.
Competitors score an additional five points for starting an event and this resulted in certain standings looking somewhat different.

Looking at the Class A Navigators’ Championship, Campbell (99 points) is the champion followed by Jonck (70 points) with Smith (55 points) rounding off the podium. Roets (51 points) finished fourth with Pretorius (45 points) in fifth place. Hendrikus Pienaar, who sits next to Fourie, completed the season in sixth place (40 points) with Thomson’s regular navigator, Maurice Zermatten and Shaun Braithwaite, who was in the hot seat next to Price Moor, both earning five points.

The Class G SxS Championship produced close racing with different winners at each of the five events while Du Rand/Hattingh did not win once on their way to claiming the title. Erasmus/Odendaal (97 points) won the final round and finished second, four points ahead of the Mostert brothers who won round two.

Behind them the teams are somewhat scrambled as different navigators were used resulting in Bradbury, who won the opening round, finishing fourth  (85 points) and Murray (80 points), the winner of the penultimate event, fifth in the driver standings. Walter won round three and is sixth (73 points); Christo Rose (Can-Am Maverick) bagged 70 points to finish seventh; Kent Rutherford (Red-Lined Motorsport Can-Am Maverick) finished eighth with 53 points; Coenie Bezuidenhout (Greyhound Racing Can-Am Maverick) only competed in the last two events and finished ninth (34 points) with Hanno Bierman (Can-Am Maverick) is 10th (32 points).

In the Class G Navigator’s Championship, Murray’s navigator (Bergman) finished fourth (80 points) with De Villiers, who sits next to Walter (73 points) fifth. The rest of the top 10 consists of Arno Olivier (70 points) who read the notes for Rose to finish sixth; Timmy Botes scored 57 points during the first three races next to Bradbury to finish seventh; Jaco Schutte who collected 34 points at the final two events together with Bezuidenhout is eighth; Gerhard Schutte is ninth with 33 points he earned next to Rutherford after rounds two and three and Bierman’s navigator, Pieter de Beer (32 points) is tenth.

Price Moor/Braithwaite competed in Class A at the season opener and then changed to Class P for the final two rounds. They are the Class P champions with Guy Henley/Leonard Cremer (Century Racing) second.

The Special Vehicle Championship always delivers spectacular racing action and the results prove that the coming season will be as exciting as ever. 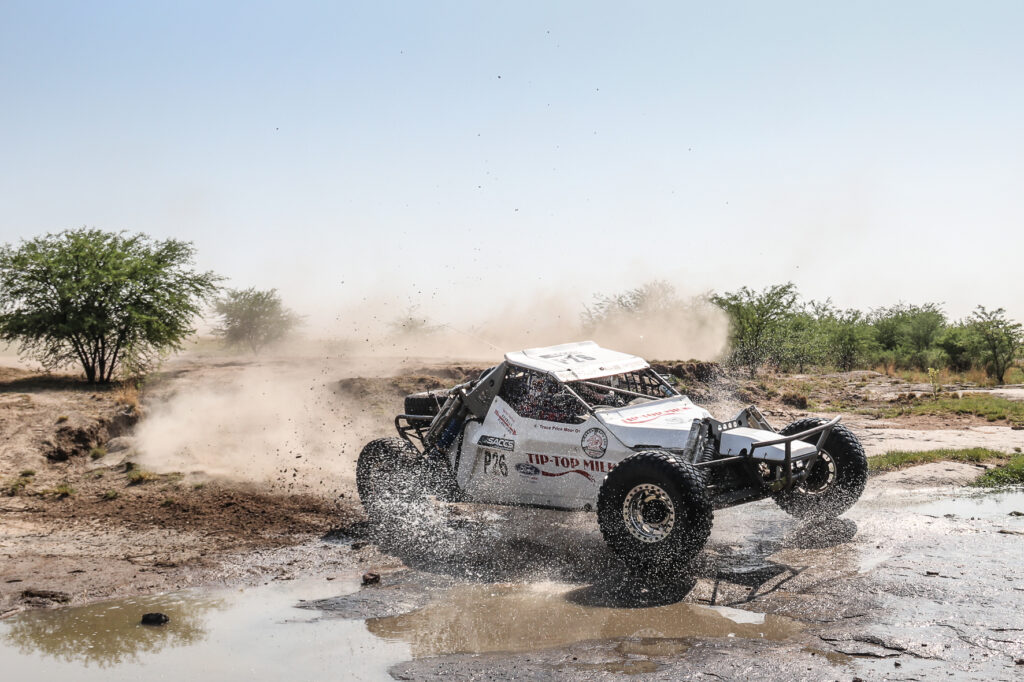 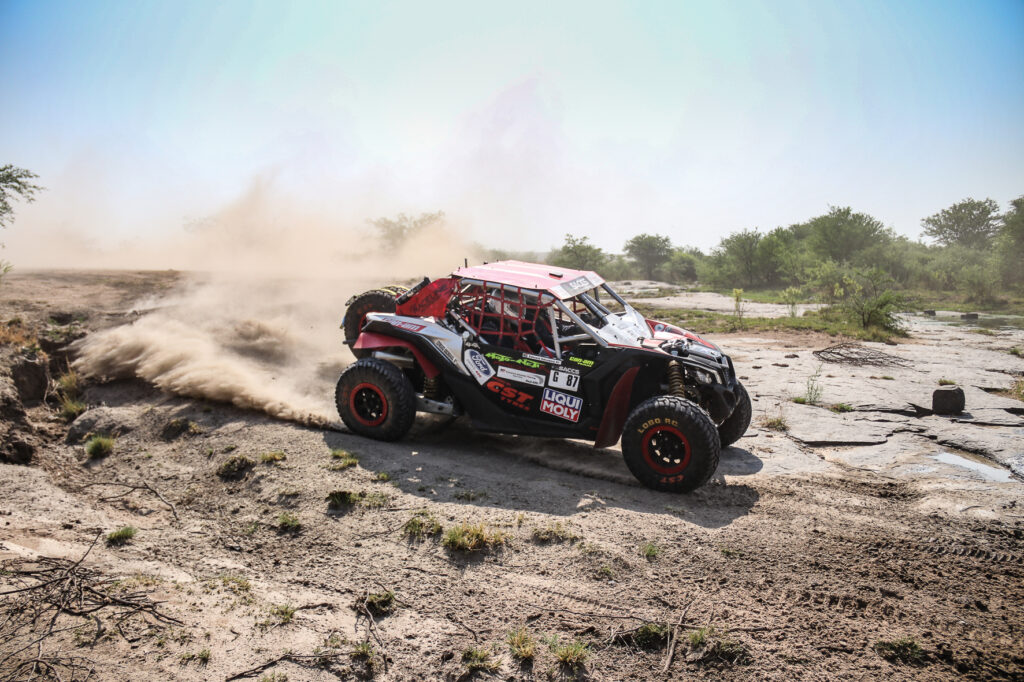 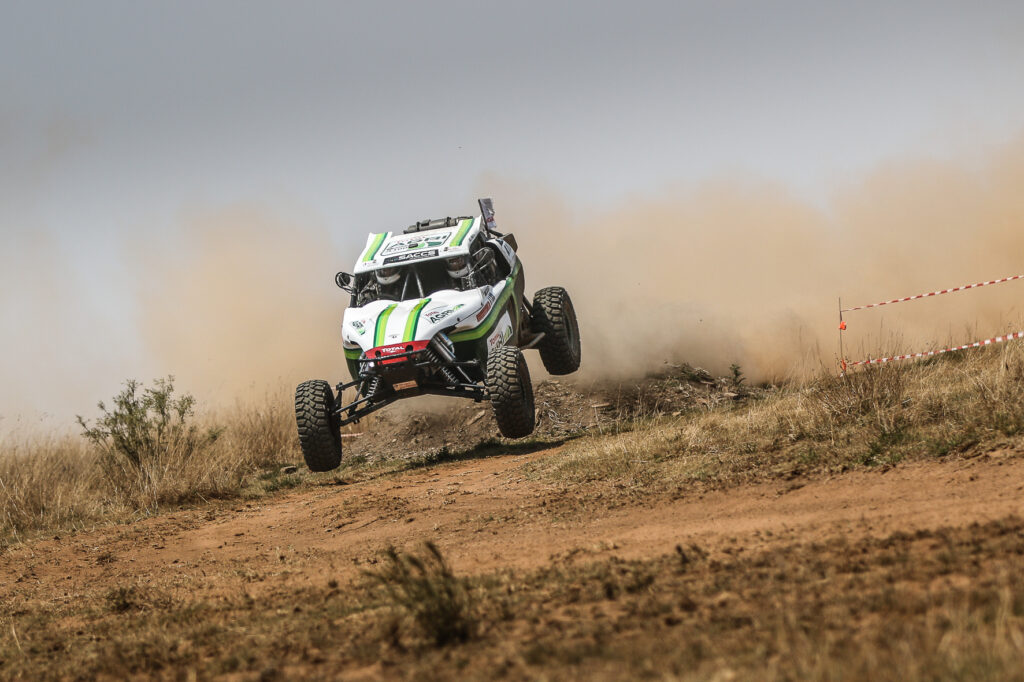 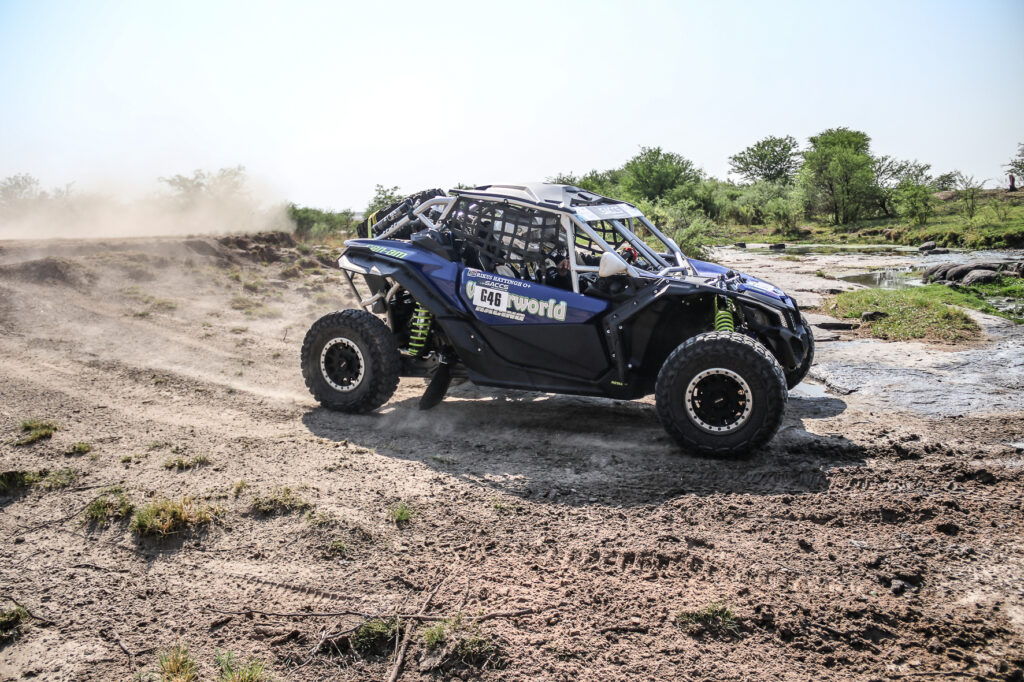 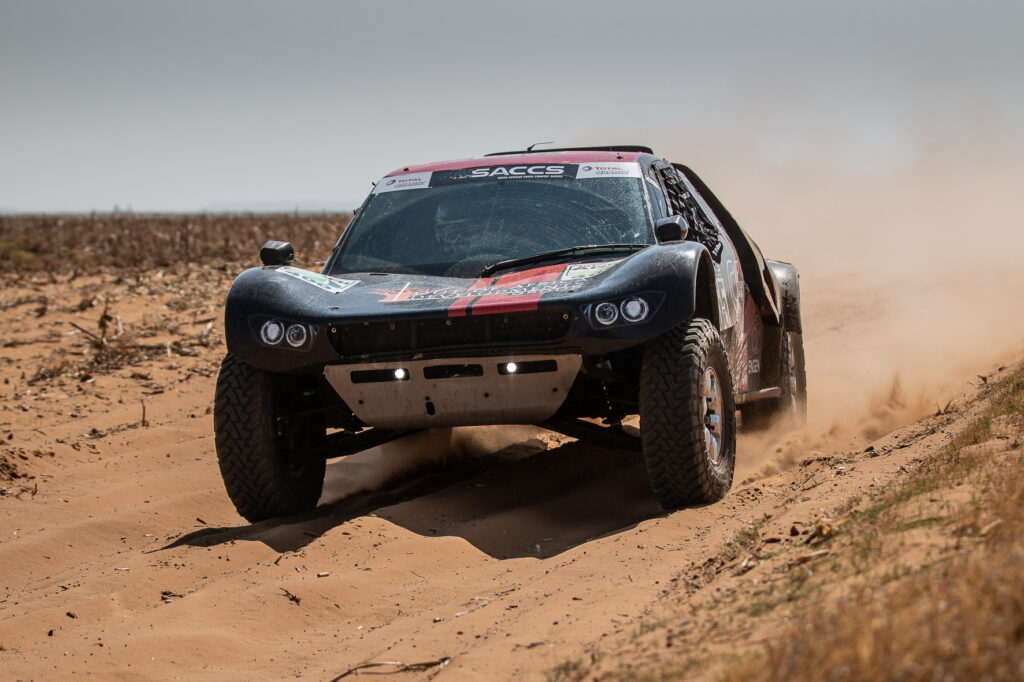 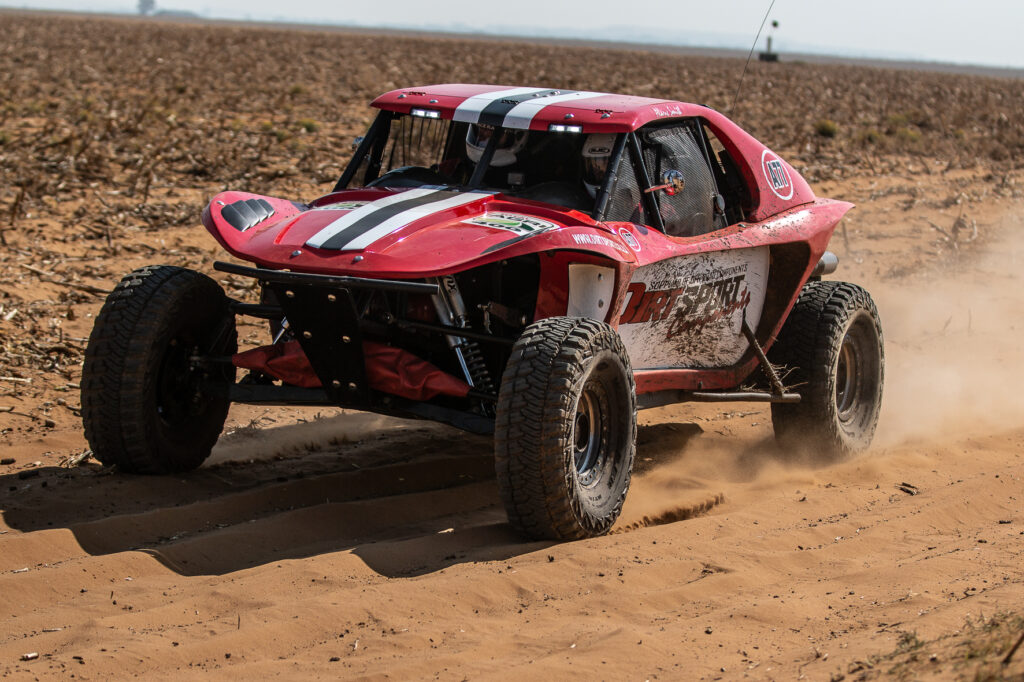 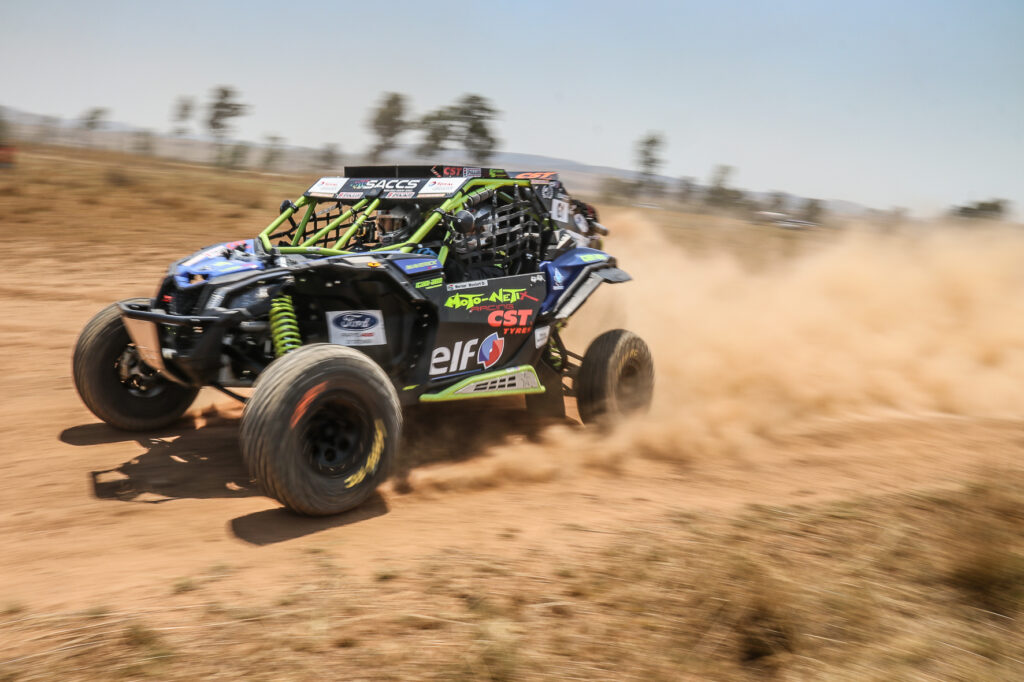