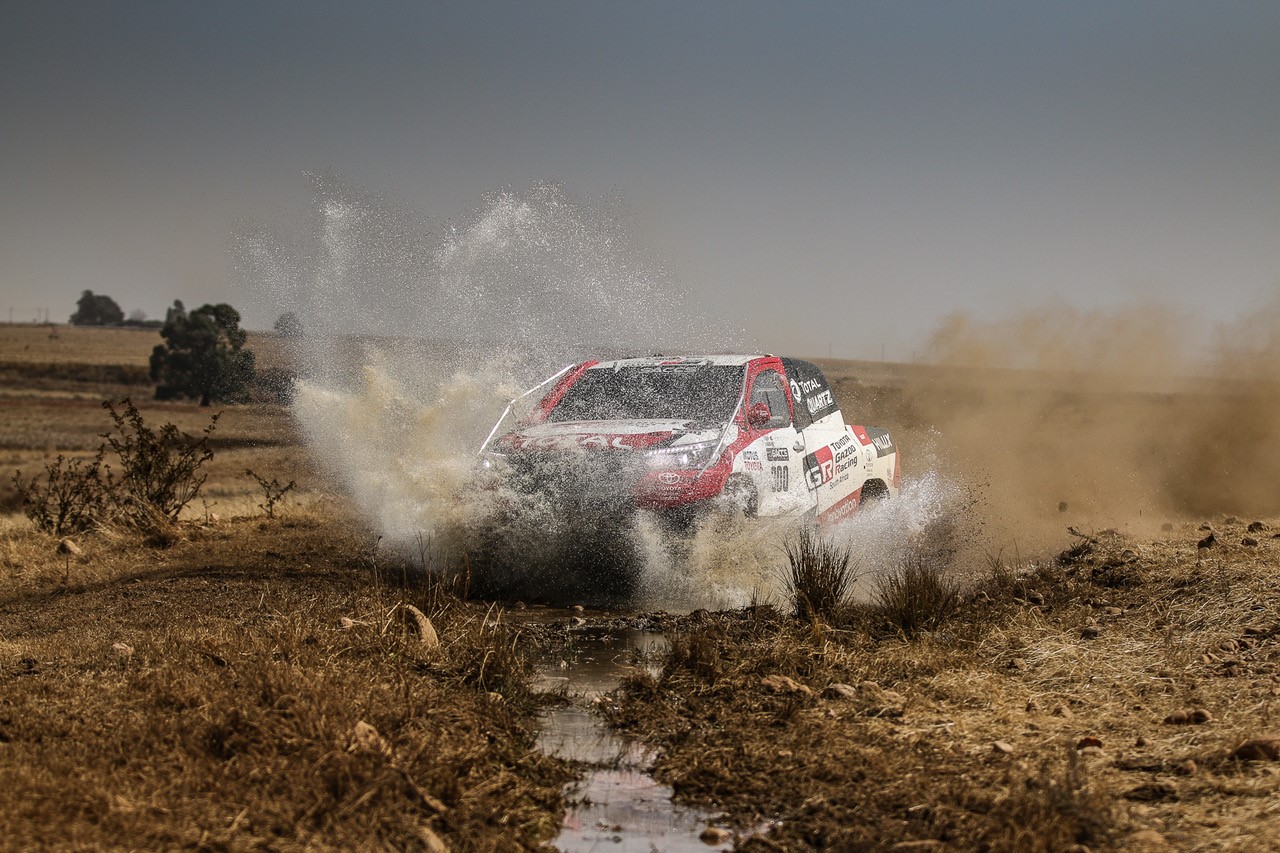 The Bronkhorstspruit 400, round two of the South African National Cross Country Championship (SACCS) run this weekend, 14 and 15 August,  after a hiatus of almost five and a half months due to the COVID-19 pandemic, produced a hat-trick for the winners and great results for various teams in the Production and Special Vehicle Categories while it will be a return to the drawing board for a few teams before the third round of the shortened 2020 season.

Going off the edge of a dam wall with the vehicle dangling in the air as well as a puncture during the race on Saturday did not stop the overall, Production Vehicle Category and FIA Class winners, Henk Lategan/Brett Cummings (Toyota Gazoo Racing SA Hilux) from winning the Bronkhorstspruit 400 and claiming their second win of the season. It is also a hat-trick of victories for Lategan who won this event in 2018 with former navigator, Barry White.

The team were 2min. 46s ahead of Chris Visser/Danie Stassen (Total Excellium Toyota Hilux) who lost time with a flat tyre 60 kilometres before the finish. The first nine teams in the Production Vehicle Category competed in the FIA Class with Toyota claiming the overall podium when Giniel de Villiers and stand-in navigator, Juan Möhr (Toyota Gazoo Racing SA Hilux) finished third, only a minute and 40 seconds behind Visser/Stassen.

Former motorcycle champion, Brian Baragwanath teamed up with female biker Taye Perry who finished the Dakar Rally in the motorcycle category earlier this year, delivered a star performance in the Century Racing CR6 to claim fourth place. They posted the fastest time on the second of the two 150km loops and finished only 40 seconds behind De Villiers/Möhr after starting from ninth place on Saturday morning.

The third Toyota Gazoo Racing SA team of Shameer Variawa/Dennis Murphy rounded off the top five when they finished four minutes and 14 seconds behind the two-wheel drive vehicle of Baragwanath/Perry. The two Ford Castrol Cross Country Rangers in the capable hands of the two Woolridge brothers, Gareth and Lance, claimed the sixth and seventh places with only 47 seconds separating the two teams. Gareth/Boyd Dreyer, who made their debut in the FIA Class this weekend after not being in action for 14 months, lost time beaching their Ford Ranger in soft sand at a road crossing while Lance/Elvéne Vonk lost time when a front suspension spring broke.

Gareth/Dreyer trailed Variawa/Murphy by one minute 19 seconds and were only 28 seconds ahead of Clint Weston/Gerhard Snyman (Schalk Burger Motorsport King Price Xtreme) who had an eventful race. The team had a good run until they rolled their vehicle two kilometres before the finish. They lost more time struggling to start their vehicle again.

Weston/Snyman were followed in the Production Vehicle Category by the Red-Lined Motorsport Nissan Navara of Ernest Roberts/Henry Köhne and Terence Marsh/Letshego Zulu. Roberts/Köhne could not complete the Qualifying Race on Friday due to mechanical problems and they started the main race towards the back of the field from where they had a clean run except for a puncture early into the second loop.

Marsh/Zulu also started towards the back of the field after Marsh, who competed in the Qualifying Race with stand-in navigator, Wade Harris, incurred a time-penalty. A steady run saw the team winning Class T and rounding off the top 10 in the Production Vehicle Category.

Johan and son, Sean van Staden (Elf Renault DE Duster) got off to a good start, but then lost 35 minutes when an unsealed  crank sensor got wet. They had to jack the vehicle up to get to the sensor, but because the vehicle could not start, the jack did not work. They were the final vehicle in the category to finish and were happy to bag hard-earned points.

The race took its toll and there was disappointment for three Class T teams as well as for the Fourie couple, Marius and Jolinda in the FIA Class Ford Ranger who had to call it a day when an oil pipe on the gearbox broke 87 kilometres into the first loop.

The two leading Class T teams were hard hit and had to return from Bronkhorstspruit empty handed. Lady Luck turned her back on Johan/Werner Horn (Malalane Toyota Hilux) who were fastest in Class T after the Qualifying Race, but a wheel broke off during the first loop and forced them to limp home with the wheel only held on by two studs, they then broke both the front and rear propshafts within two kilometres of each other with only three kilometres to the finish. Their rivals, Gary Bertholdt/Geoff Minnitt (Total Excellium Toyota Hilux) were the second Class T team on the road, but they were forced to retire early due to a broken diff before the 10km mark.

Wors Prinsloo/André Vermeulen (Neil Woolridge Ford Ranger) have enjoyed better days and their problems included a flat tyre as well as a broken rear suspension that saw them not starting the second loop.

In the Special Vehicle Category, Tim Howes/Gary Campbell (Zarco Magnum) claimed their first overall and Class A victory this season when they beat the Jonck couple, Sandra Labuscagne-Jonck and Jaco (Total Agri Porter) by just over eight minutes. The Joncks lost valuable time due to mechanical issues but were happy with their first podium result this season. André Fourie/Hendrikus Pienaar (BAT Spec 3) could not finish the race.

After a time-penalty in the Qualifying Race that saw them starting towards the back of the field, the defending Class G Side-by-Side champions, Werner and Leon Mostert (Elf Renault Can-Am Maverick) fought back to win the class despite their SxS going into limp mode during the first 150km loop. They rounded off the Special Vehicle Category podium.

They were followed by Peter Walter/Shaun de Villiers (Can-Am Maverick) who were fourth overall and second in class after a problem-free race with Nico du Rand/Rikus Hattingh, also in a Can-Am Maverick, rounding off the Class G podium and finishing fifth in the category. The adventurous track-racer, Simon Murray, who tackled the SACCS for the very first time and missed qualifying as he was unwell, will remember his first event next to navigator Achim Bergmann (Total Excellium Can-Am Maverick) not only for the two flat tyres, but for rolling their SxS as well.

They were sixth in the category with Hanno Bierman/Pieter de Beer (Can-Am Maverick) the final vehicle home. Kent Rutherford/Gerhard Schutte (Red-Lined Motorsport Maverick) experienced engine problems as did the winners of the opening round, Dean Bradbury/Timmy Botes (Canon Rotex) who could not complete the event. 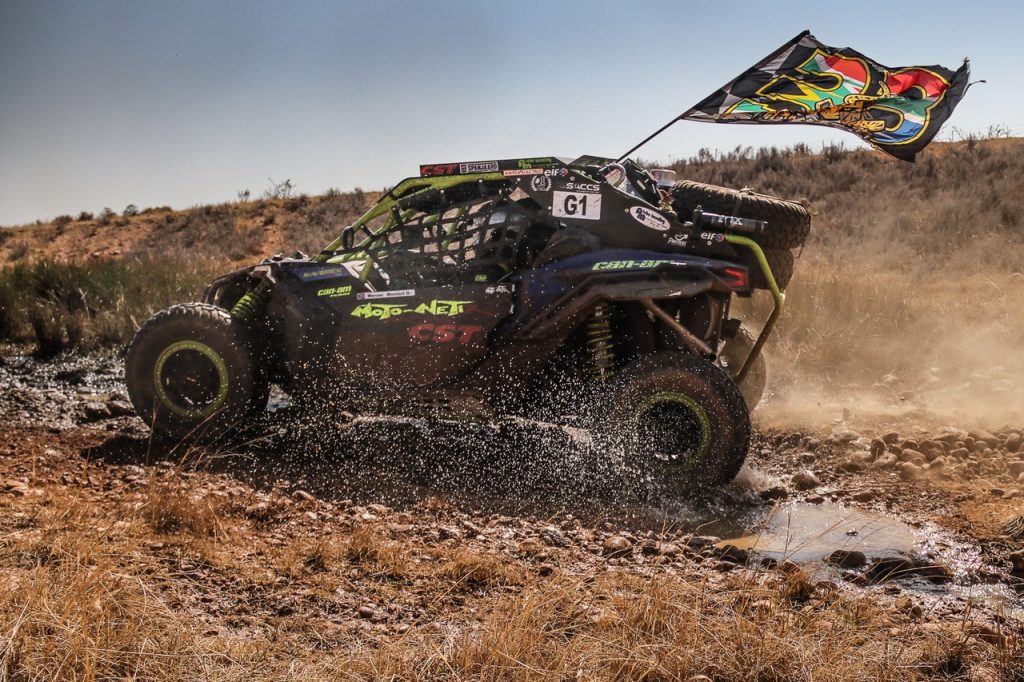 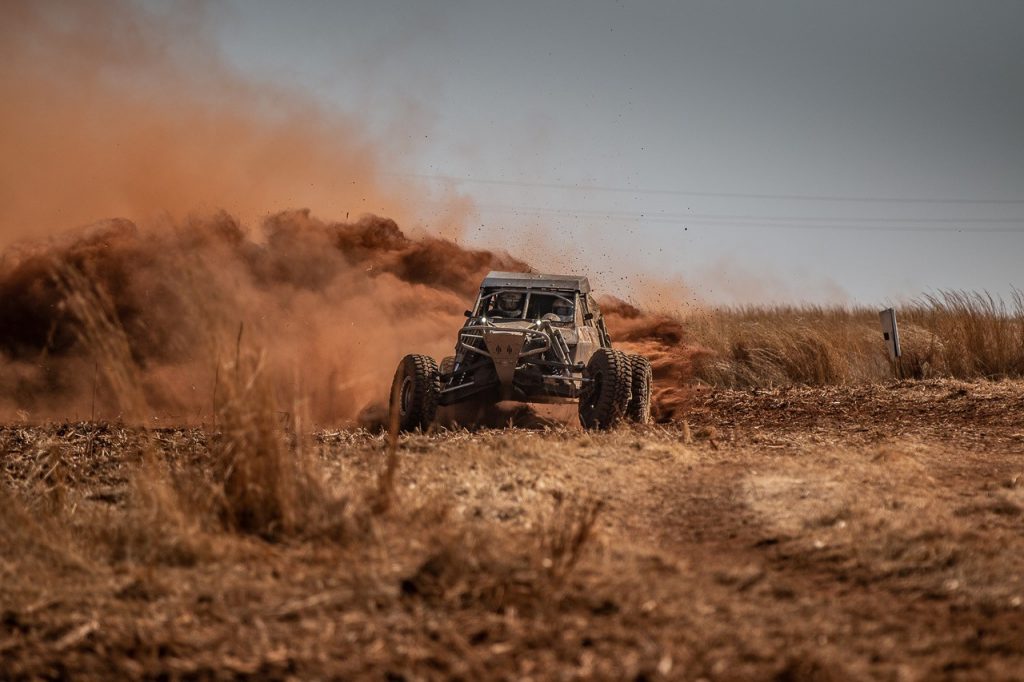 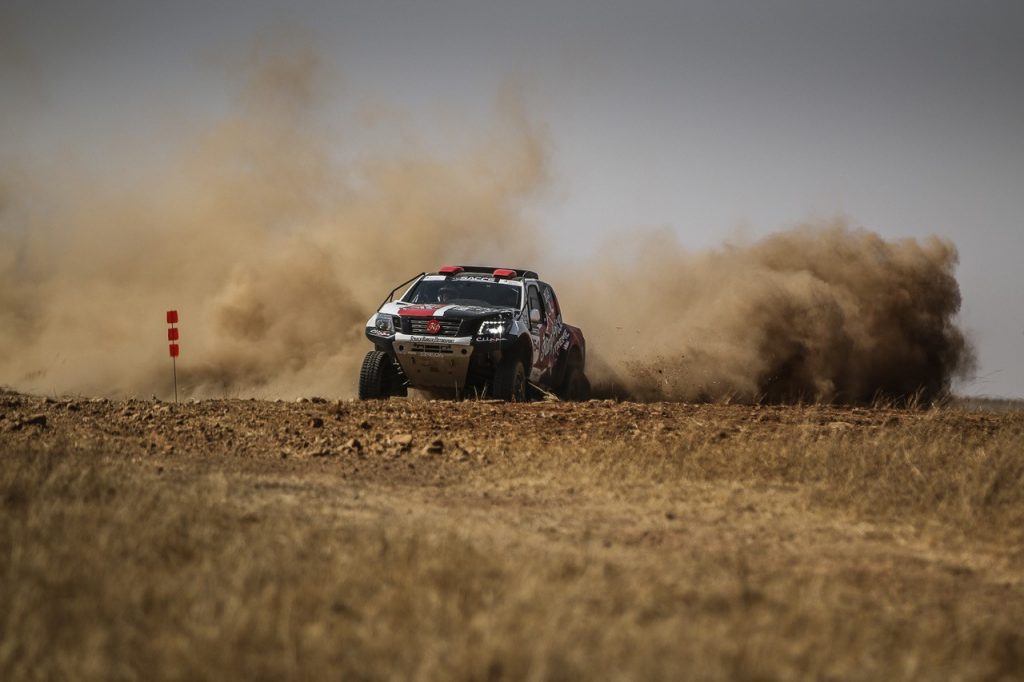 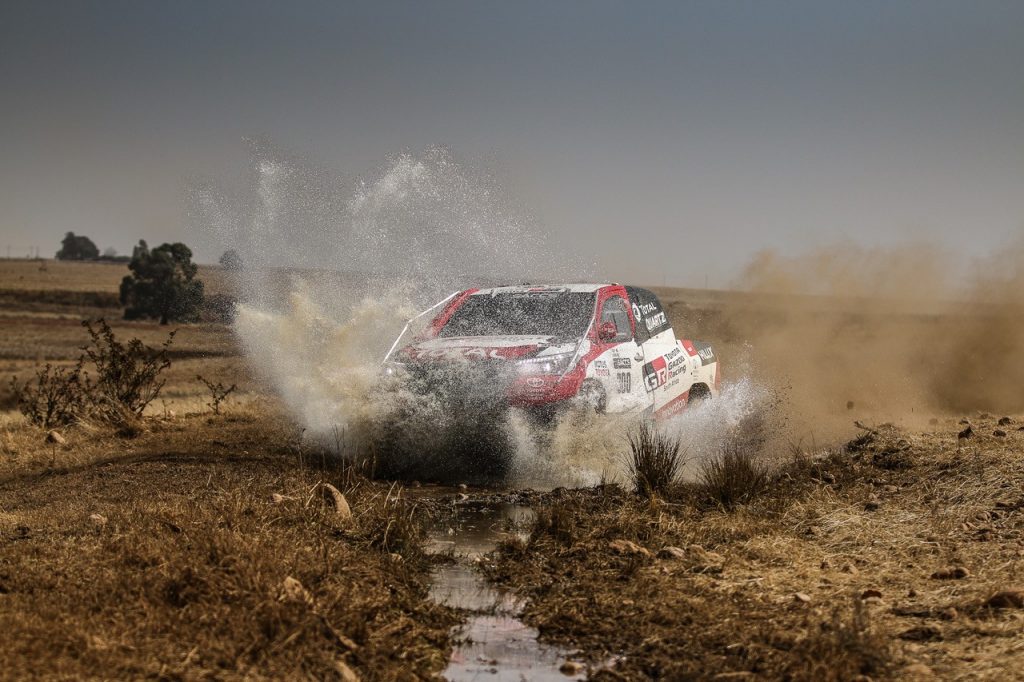