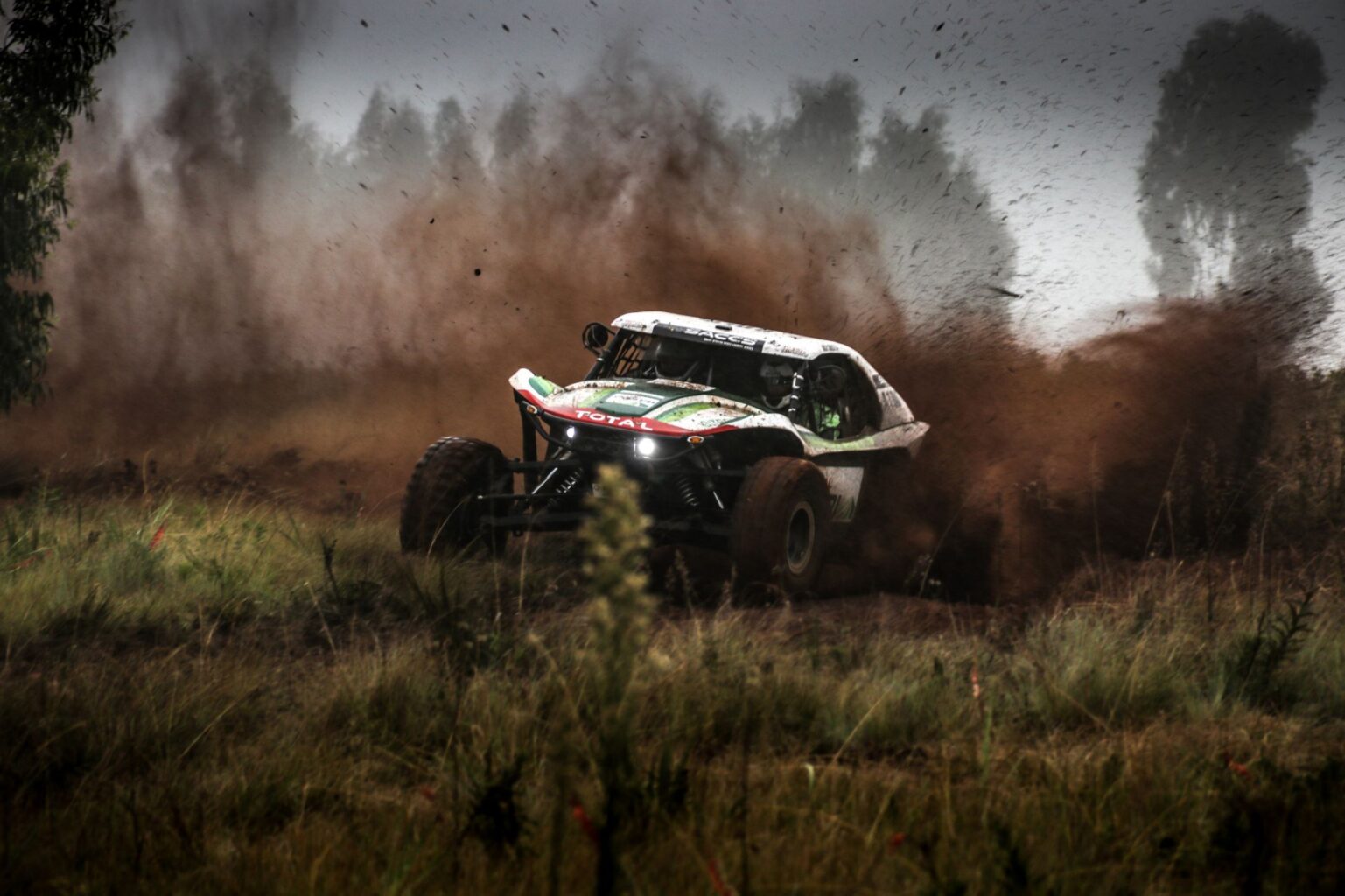 BRAND NEW TOTAL AGRI 400 WILL LEVEL THE PLAYING FIELD IN THE FREE STATE – WILL NEW WINNERS EMERGE AND UPSET THE APPLE CART?

The TOTAL AGRI 400, round three of the 2020 South African National Cross Country Series (SACCS) that takes place on 18 and 19 September from NAMPO Park in the Bothaville area of the Free State, could see new winners in all the categories and an extremely exciting race is on the cards. The names of a few dark horses appear on the entry list and if the championship standings had a look of being settled halfway through the season, things might just look totally different when the teams return home from the Free State.

The event, that takes the SACCS spectacle to Bothaville for the very first time, is a level playing field for all and with only a double-header, round four and five, still remaining in the shortened 2020 season, the TOTAL AGRI 400 will play an important role in the outcome of the various championships as well as the overall standings in the Production and Special Vehicle Categories.

In the Production Vehicle Category, the season’s double winners, Henk Lategan/Brett Cummings (Toyota Gazoo Racing SA Hilux) will aim for a third victory to firmly secure their lead in the overall standings as well as the FIA Class championship. They will, however, be hunted down by those chasing the elusive victory and the TOTAL AGRI 400 could be just what the doctor ordered.

With an earlier runner-up result behind his name, Toyota Gazoo Racing SA’s Giniel de Villiers, who again teams up with navigator, Juan Möhr, will go for gold as will the most recent runners-up, Chris Visser/Danie Stassen (Total Excellium Toyota Hilux). These three teams have all claimed podium positions so far this season and they cannot afford to put a wheel wrong in the Free State if they want to stay on track for the titles.

The frontrunners know the rest of the teams will also aim for victory and podium results and as unpredictable as Cross Country racing is, anything can happen. Team Ford Castrol Cross Country will be out in full force with Lance Woolridge/Elvéne Vonk (Ford Ranger). They will hope for no technical scares and to finish on the podium again while team-mates, Gareth Woolridge/Boyd Dreyer produced a stellar performance, after a break of almost a year, in the FIA Class at Bronkhorstspruit a few weeks ago will be mindful of improving on this success.

In the FIA Class, a good result will also go down well for Shameer Variawa/Dennis Murphy (Toyota Gazoo Racing SA Hilux) who have shown good pace but now need the results to back it up. Exhilarating action can again be expected from the two bike racers in the Century Racing CR 6, Brian Baragwanath and lady rider, Taye Perry. Perry excelled at Bronkhorstspruit navigating for the first time and the team announced they plan to enter the 2021 Dakar Rally. Century Racing’s Mark Corbett and Rodney Burke will also be in action in a CR 6 and if Lady Luck winks at them, a good result can be on the cards.

Clint Weston/Gerhard Snyman (Schalk Burger Motorsport King Price Xtreme) endured an eventful season so far and will be back for more as will the father and son combination of Johan and Sean van Staden (Elf Renault Duster) who have had their fair share of mechanical glitches. Ernest Roberts/Henry Köhne (Red-Lined Motorsport) have proven they have the speed and ability to earn good points and their new Nissan Navara will be on the start line while the Fourie couple, Marius and Jolinda (Ford Ranger) will aim for a finish after mechanical issues kept them from receiving the chequered flag at Bronkhorstspruit.

The chase will also be on in the Class T championship where Terence Marsh and Letshego Zulu (Red-Lined Motorsport Nissan Navara) claimed their first victory at Bronkhorstspruit. This caused the Class T standings to look totally different than earlier in the season and with limited kilometres remaining to claim valuable points, the heat will be turned up as the title beckons.

The Horn brothers, Johan and Werner (Malalane Toyota Hilux) were leading the class after the opening round of the season, but were hit by bad luck at Bronkhorstspruit and could not finish. Gary Bertholdt/Geoff Minnitt (Total Excellium Hilux) also had a good start to the season, but could not bag any points at Bronkhorstspruit and both teams will be back with a vengeance. Marsh/Zulu will have their work cut out for them and surviving whatever the Free State throws at them combined with a problem-free race and some luck, they might just add more silverware to their collection.

The Class T line-up will again see two teams competing with Ford Rangers under the Neil Woolridge Motorsport banner. Wors Prinsloo/André Vermeulen opened their season with a podium result and would like nothing better than a repeat of this performance after they could not finish at Bronkhorstspruit while Malcolm and his son, Frans Kock, who missed the second round, will be back in action and eager to perform well.

In the Special Vehicle Category, four teams have entered in Class A with the new overall and Class A leaders, Tim Howes/Gary Campbell (Timdrew Properties Zarco Magnum) in the hunt for a second victory. First round winners, Clint Gibson/Alaric Smith (Dirt Sport Stryker) missed the second round, but another victory or good points can put them back in the title chase. It will, however, be the Total Agri Team, Sandra Labuschagne-Jonck and husband and navigator, Jaco Jonck, who would like to present their sponsor and the event sponsor with a victory. If they can pull it off, it will be their maiden victory and could see them in with a chance on the 2020 title.

The Class G Side-by-Side (SxS) Championship has produced two different winners while a third team are currently leading the standings. After finishing as the runners-up twice, Nico du Rand/Rikus Hattingh (Can-Am Maverick) took the overall and Class G lead and a win will not only look good on their scorecard, but will strengthen their title hopes. Dean Bradbury/Timmy Botes (Canon Rotex) won the season opener, but could not finish at Bronkhorstspruit and would like to regain their earlier lead while a second consecutive victory after a problematic season opener for the defending champions, Werner and Leon Mostert (Elf Renault Can-Am Maverick) will see them in with a serious chance of a second national championship title.

Peter Walter/Shaun de Villiers (Can-Am Maverick) know what it feels like to be on the podium after finishing second at Bronkhorstspruit and they can do so again while newcomer, Simon Murray and the multiple Class A and Special Vehicle champion, Achim Bergman (Total Excellium Can-Am Maverick) will go for a second round of points. After finishing second at the opening round and missing round two, Theo Erasmus/Edward Odendaal (Can-Am Maverick) could cause an upset while Kent Rutherford/Gerhard Schutte and Hanno Bierman/Pieter de Beer, both competing with Can-Am Mavericks, will also be back for more action and points.

The TOTAL AGRI 400 starts on Friday, 18 September with the Pirelli Qualifying Race of 40 kilometres to determine the starting order for the main race on Saturday, 19 September when competitors take on a 180 kilometre route at 08:00 from NAMPO Park. The Start/Finish as well as the Race Headquarters and the Designated Service Point (DSP) will be at NAMPO Park where teams will stop for a compulsory de-control after completion of the first loop on Saturday. The race will restart at 11:30.

Due to COVID-19 Regulations, no spectators will be allowed at the race venue. Enthusiasts can follow the race on the RallySafe App available as a free download from the App Store or Google Play Store. Information will also be shared on the SACCS Telegram App as well as on Facebook SACCS. 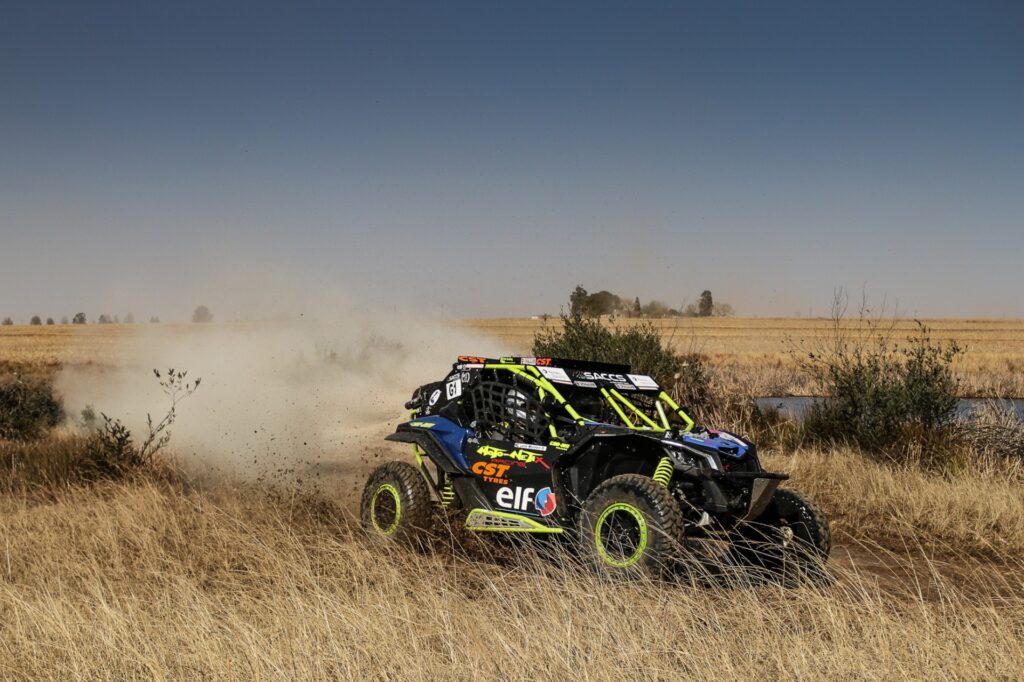 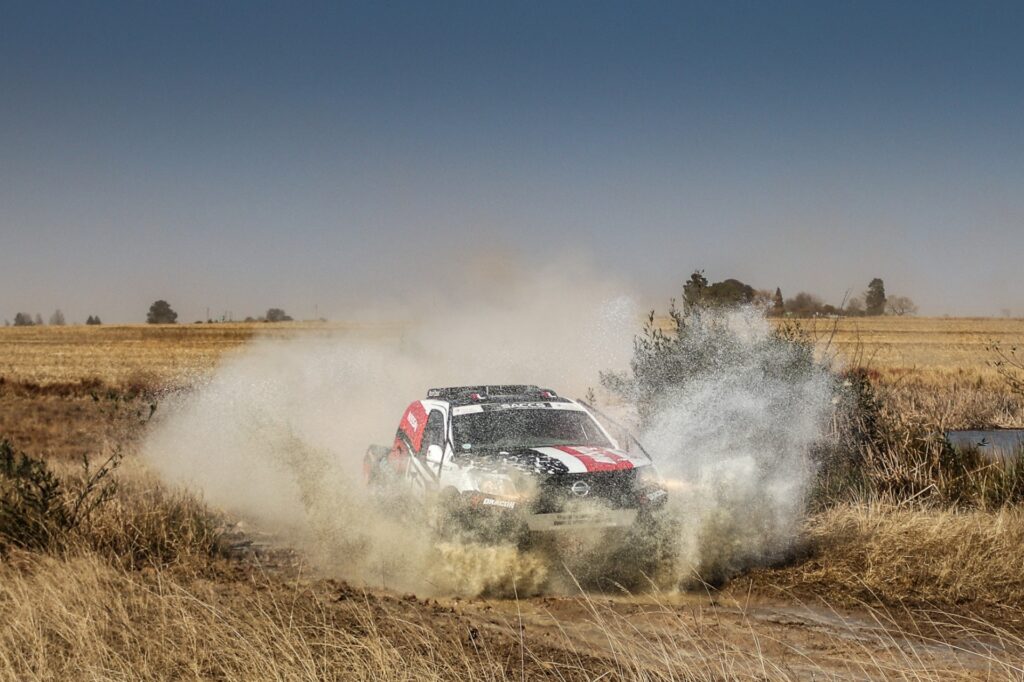 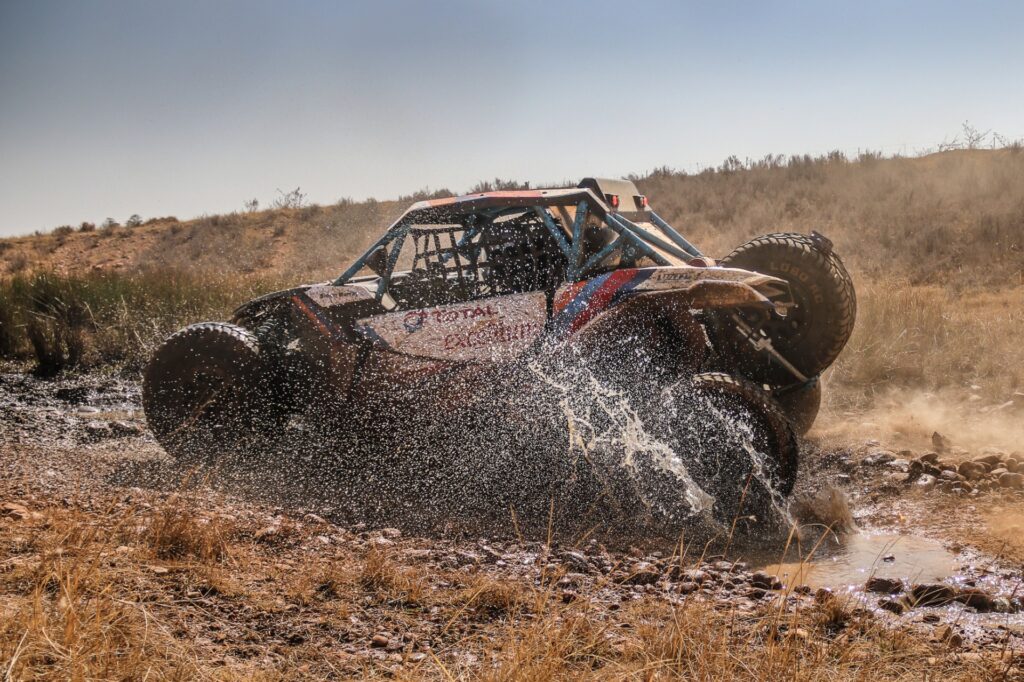 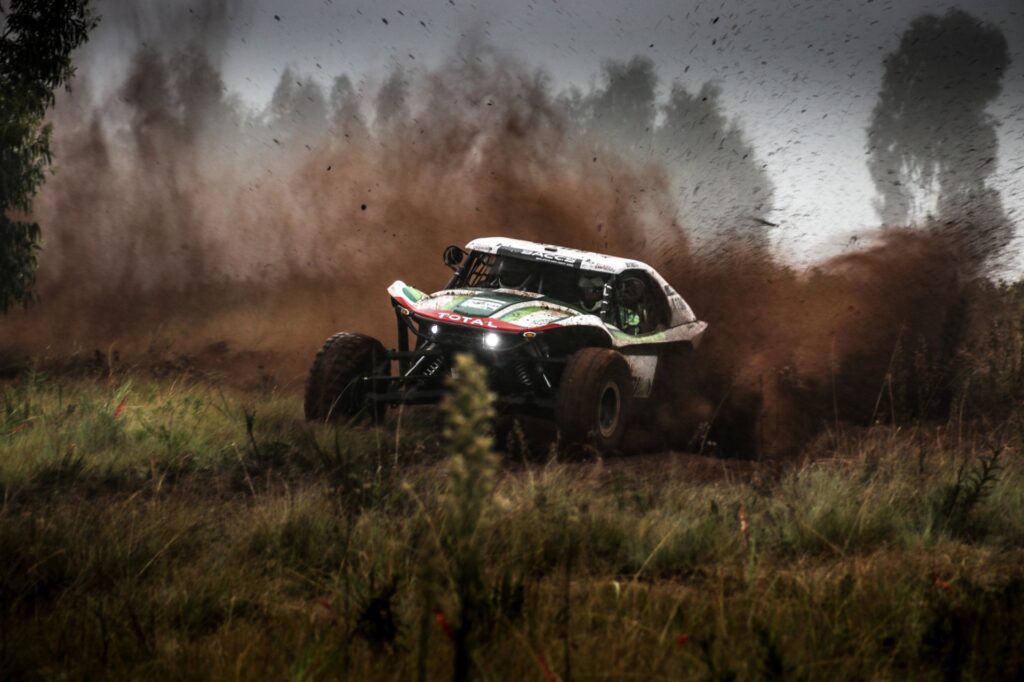 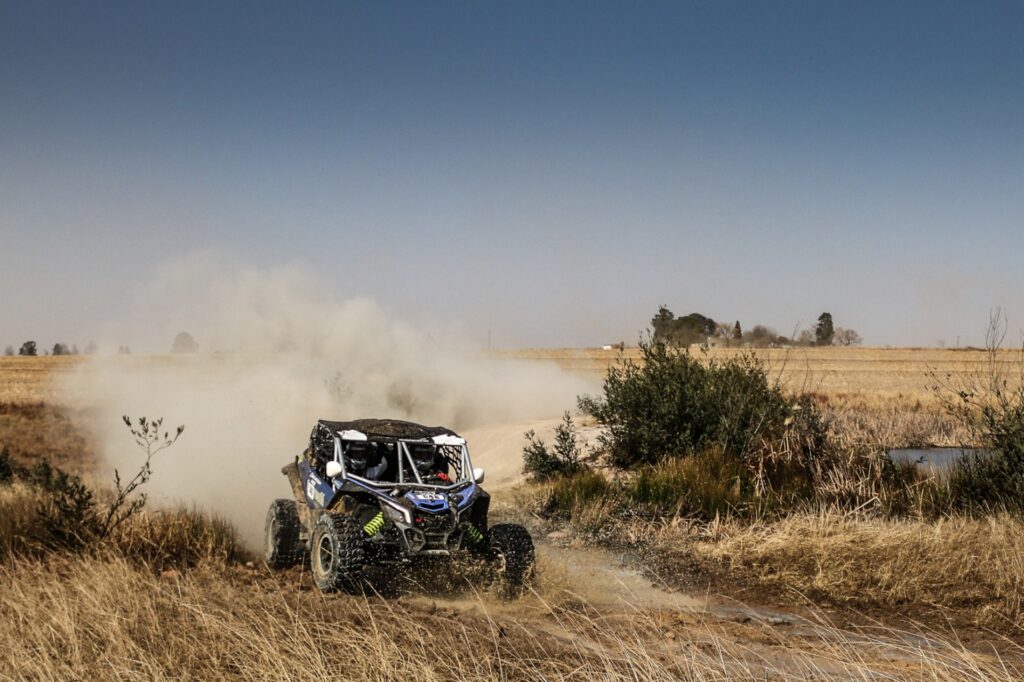 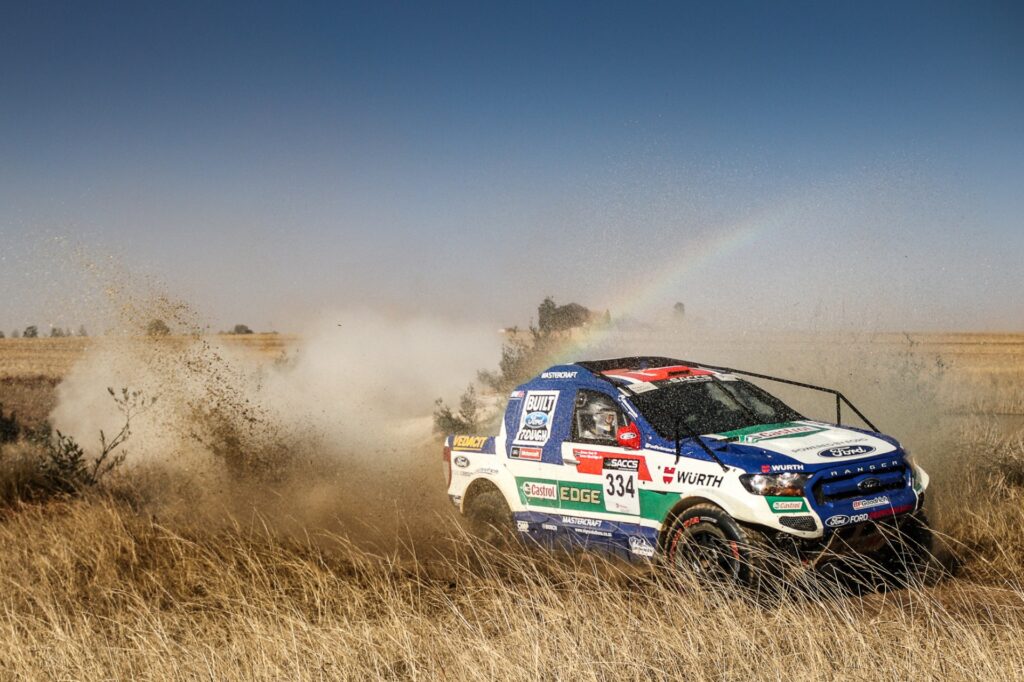 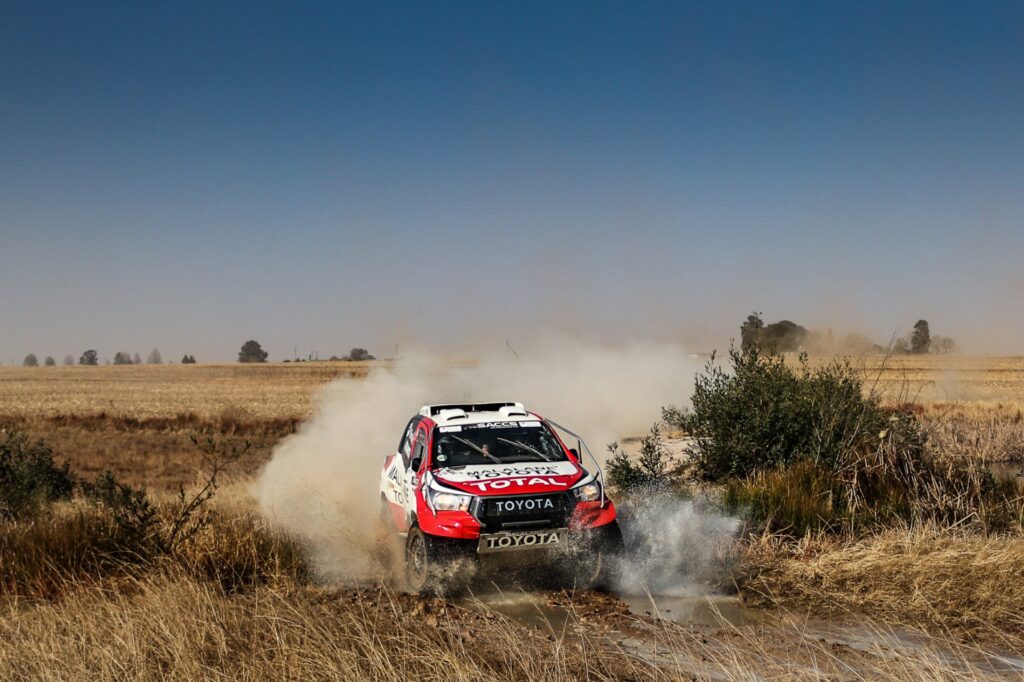 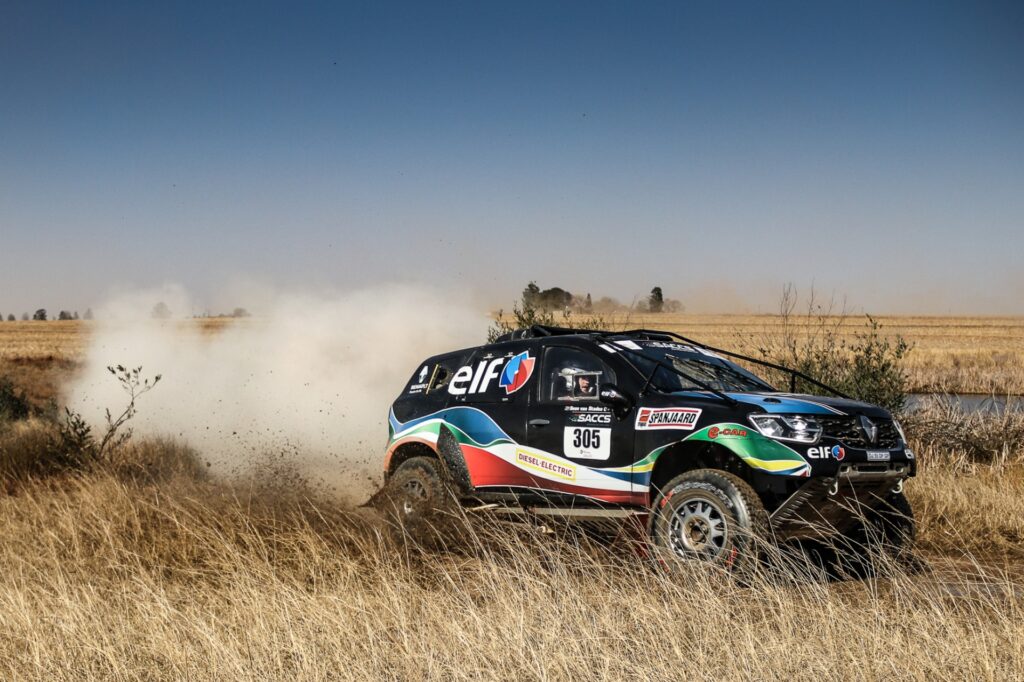 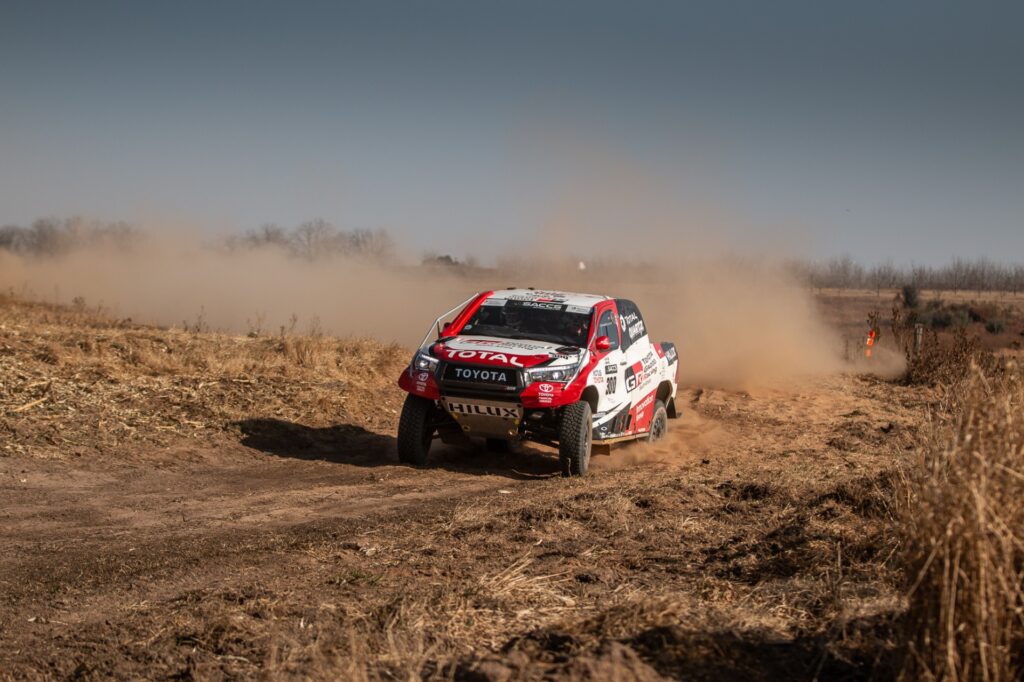 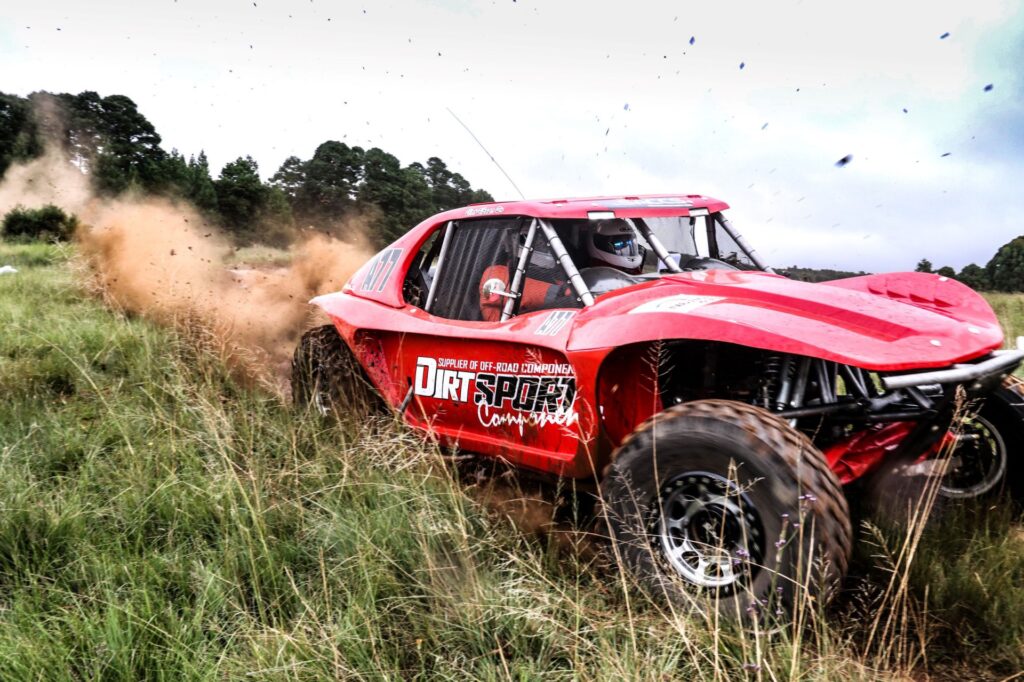