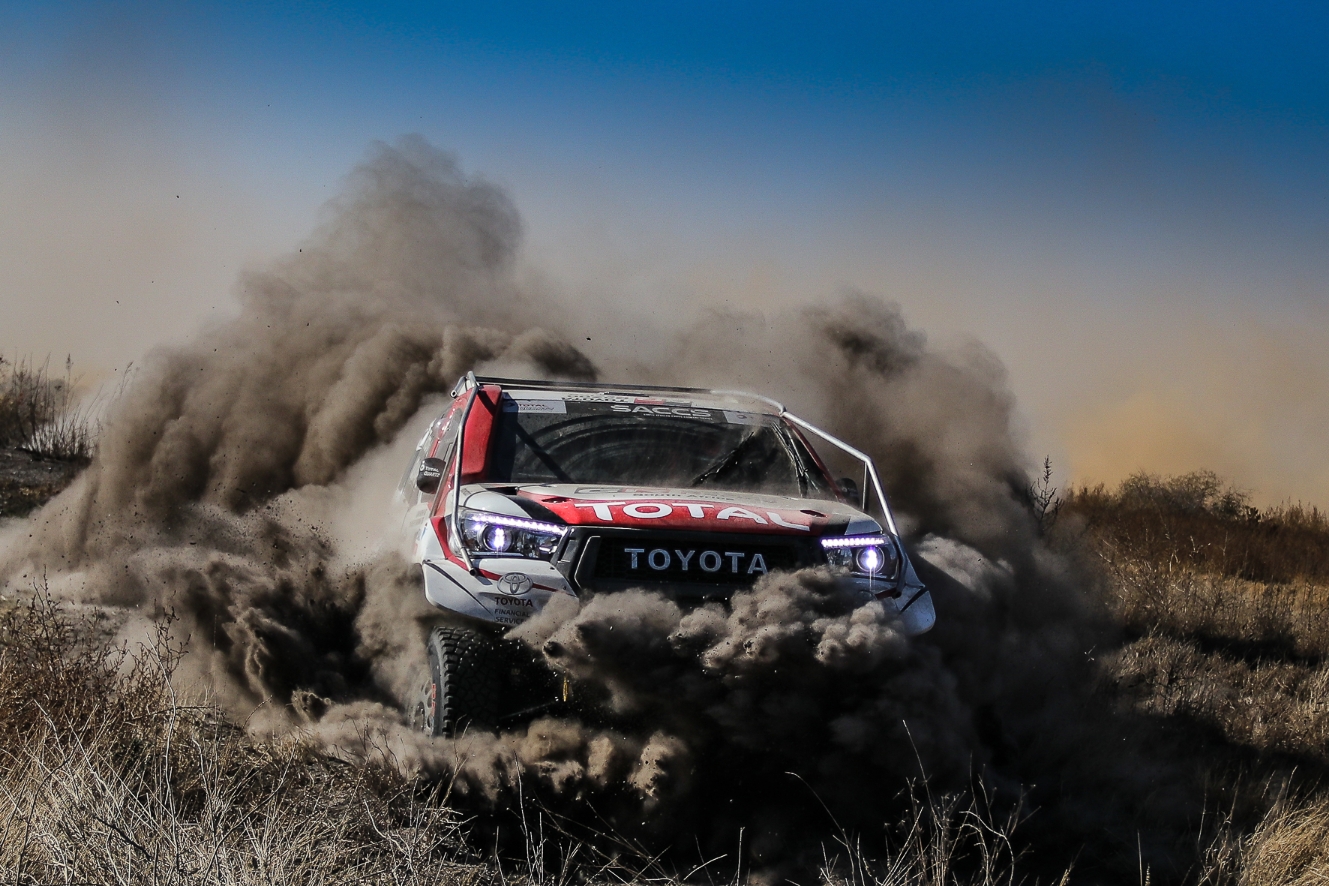 Beaneath the gentle veneer lies a wealth of wisdom

A wealth of motorsport knowledge and experience underlies the blithesome Juan Möhr, who’s Cross Country accomplishments over the past 24-years include the South African regional and national championships, the FIA Cross Country Rally World Cup and the character-building Dakar Rally.

The cheerful Möhr started racing in regional events with his uncle Max Möhr in 1996 and has participated in 85 SA Cross Country (SACCS) events since 2002, placing him amongst the most experienced navigators in the current SACCS series.

“Uncle Max was a motorsport devotee and highly respected by his peers, a truly big hearted man but also a hard task master.  One of the first lessons I was taught before I could even start racing was, if you want to play the game – know the rules.  Something I have never forgotten,”  Juan said.

Juan’s formative years included,  building from scratch,  a Class B Special Vehicle which Max and he won the 1996 Barberspan 400 regional race in, on his 19th birthday and in their first outing.  The following year the pair won the Transvaal Regional Championship and placed second in the popular Total Super Series short circuit challenge.

In 1997 Möhr was employed by the charismatic Richard Schilling, a multiple Cross Country champion,  former president of Motorsport South Africa and the FIA Cross Country Commission and a current board member of both organisations, to build and prepare his race winning vehicles.

1999 saw Möhr step up to a Class A Raceco, which he also prepared, with longstanding friend Mark Corbett with their best outing for the year being a third place in the Lesotho Roof of Africa.  Much to their delight, at the turn of the millennium, Corbett/Möhr secured a win in two of the toughest events on the calendar,  the Lesotho Roof of  Africa and the Toyota 1000 Desert Race.

Next up for Corbett/Möhr, was a venture into the Production Vehicle category where they campaigned a works Isuzu in Class D in 2001 with the team sporting Century Property Developments colours in 2002. Both years saw the intrepid duo walk away with third in Class.

In 2003 and 2004 the pair returned to their roots in the Special Vehicle category campaigning a Class A BAT.  Despite only entering the last two events of the season Corbett/Möhr finished in the top ten in the Class A Championship. Due to business commitments, Möhr missed five of the eight events in 2004 and secured fourth place in the Overall Special Vehicle category and third in Class A.

Business commitments also kept Corbett and Möhr out of the championship in 2005.  The pair returned to the fray in the 2006 Production Vehicle category with a brand new Nissan Navara in the highly competitive SP Class.  “Juggling between work and play was not easy, but to race we had to work.  Needless to say, this put us at a slight disadvantage against the regular competitors,” said Möhr.

Corbett/ Möhr also made their debut into the international arena with the 2006 UAE Desert Challenge, the final round of the FIA Cross Country Rally World Cup.  The pair surprised the regulars, who included works Mitsubishi and Volkswagen teams, by winning the prologue.  They led briefly on day one before dropping back to fourth and were lying fifth on the final day of the six-day event when they crashed 100 kilometres from the finish.

2007 was the dawning of a new era for Juan Möhr, when he was drafted into the factory Ford Racing squad alongside Brandon Harcus making his debut in the Production Vehicle category.  The team was spearheaded by 2006 SP Class champions Neil Woolridge and Kenny Skjoldhammer.

It was a hard season for the team, however, a win at the final round, the Ford Carnival City 400, for Woolridge/Skjoldhammer was just reward. The pair finished the season fourth Overall in the Production Vehicle category and in the SP Class.  Rookie Harcus and Möhr in the second Ford Ranger performed well finishing sixth in the Overall Production Vehicle standings.

“Looking back 2008 was certainly one of the highlights in my racing career.  Having established myself as a responsible and dedicated sportsman, I was given the incredible opportunity by Glyn Hall  – the man with the Midas touch – to join the Nissan Motorsport team as navigator to South Africa’s greatest motorsport hero, the multiple track, rally and Cross Country champion Hannes Grobler,” Möhr said.

It was an exceptionally tough season and going into the final round of the championship, the RFS Magalies 400,  Nissan Navara teammates Duncan Vos and Ralph Pitchford were a slender six points clear of Grobler/Möhr, however, it was Vos/Pitchford who took the Overall Production and premier Class SP titles on a count out, with four wins in the season versus the three of Grobler/Möhr, the deciding factor.

There was some consolation for Grobler, in that Juan Möhr, who sat alongside him throughout the season, won the navigator’s championship.  Möhr finished ahead of Skjoldhammer, who was paired with Woolridge in the factory Ford Racing Ranger, and Pitchford, who missed two events through overseas commitments, partnered Vos.

2009 was again a clean sweep for the Nissan squad who occupied the top three overall position, it was also the year Hannes Grobler retired from the Nissan team. “For me it was an incredible two years. Every race was another opportunity to learn and absorb and I can never thank Hannes enough for so willingly sharing his vast knowledge with me,”  Möhr said.

The following few years were spent with rookie and aspirant Dakar competitor Thomas Rundle in a Nissan with their best performance in 2011, when they finished sixth and fifth respectively in the Overall Production Vehicle and Class SP championships.

The 43-year old Juan Möhr, operations manager for the Century Property Group, has worked for the company for 21 years, and manages a portfolio of 17 Estates, 3400 apartments and the hostel at Forte Hare University. With a job of this magnitude, there have been occasions where motorsport had to be put on the back-burner.

“My career and family life, with wife Michaela and daughters Melissa and Alina, takes first priority and I have never regretted making a decision where they took preference over motorsport.  Know the rules – family and work before play,” Möhr said.

In 2015 Corbett/ Möhr reunited returned to the Special Vehicle category in a Class A Century Racing CR 5 after an absence of nine years, to finish second in the Overall Special Vehicle and Class A championships, despite not competing in the final round, the Atlas Copco 400 in Glenharvie, due to preparations for the 2016 Dakar Rally in South America.

Möhr, who has proved his mettle as a navigator in both the Special and Production vehicle categories, was again called to action in 2019 by Glyn Hall, this time as navigator to Shameer Variawa in the Toyota Gazoo SA Racing Hilux.

The pair did an exemplary job with Variawa finishing fifth Overall in the Production Vehicle Drivers’ standings and fourth in Class FIA, while Möhr finished fourth in the Overall Production Vehicle Navigators’ standings and second in Class FIA. The variance resulting from the retirement of Phillip Herselman, navigator to Chris Visser, midway through the season and Dennis Murphy, Giniel de Villiers’ navigator, sitting out the final round to accommodate Alex Haro, Giniel’s 2020 Dakar Rally navigator.

“It is always difficult to single out any one special occasion or memory in motorsport, however, my numerous Dakar experiences undoubtedly will always standout as unique,” Möhr said.

Möhr has had the privilege of participating in the iconic Dakar Rally on numerous occasions and in vastly varying capacities.

“My first experience was in 2010 as a co-pilot in the powerful T4 MAN truck,  as the mechanical  assistance team for Nani Roma and Alfie Cox in the Overdrive Nissan. The following year I joined Anthony Taylor in the Toyota South Africa Dakar Team mechanical assistance truck, as co-pilot.  Disaster struck on stage six when we rolled the ten ton T4 truck down a humongous dune, fortunately we were unharmed. Being part of the assistance crew in these monstrous trucks was a truly unique experience and something I never thought would be possible,” said Möhr.

“In 2012 I was the Race Engineer for Mark Corbett and Francois Jordaan in their first Dakar Rally in a Century Racing CR 4.  It was an unforgettable experience, to finish the Dakar is a huge achievement, but to do so in the first year as a privateer team was absolutely incredible, Möhr said.  The team finished 23rd overall and won the two-wheel drive category for petrol engine vehicles.

In 2014 Möhr tackled the Dakar Rally with Thomas Rundle in the ex de Villiers/von Zitzewitz  2013 Toyota Hilux, in which the highly respected pair finished second behind Stephane Peterhansel and Jean Paul Cottret.  It was Rundle and Mohr’s first attempt at the Dakar, after winning the Dakar Challenge on the Toyota 1000 Desert Race in Botswana in 2013.

For the rookie privateer team, it was a baptism by fire, but they soldiered on and took every day as it came.
“It was  a mammoth experience,” said Möhr. “We were extremely pleased to finish, and to do so as 25th  overall and third placed Rookie, in our first endeavour was awesome. At times we were not sure we’d make it to the finish in Valparaiso, but we kept our heads down and stuck to our game plan, taking no unnecessary risks and continually keeping our eye on the ball – the finish,” Möhr said

2015 was a year of preparation, with the Century Racing team readying themselves for a two-car entry and debut of the CR 5 for the 2016 Dakar Rally.   Mark and Juan used the Abu Dhabi Desert Challenge as a test bed with good research and development results.  The team finished eighth overall and were awarded the Spirit of the Event award.

When the 2016 Dakar Rally started in Buenos Aires on 3 January the two Century Racing entries crewed by Mark Corbett/Juan Möhr and the late Colin Matthews/Rodney Burke were on the line and ready to tackle the dauting 13 days and close on 9300 kilometres through Bolivia before finishing in Rosario, Argentina on January 16.

“No matter how many times you do the Dakar Rally, each event has its own characteristics and you never really know what to expect,”  said Möhr.

“2016 was no different but we settled very quickly enjoying every minute of it.  For me the highlight was the shortened Stage 9.  Due to extreme temperatures, reaching nearly 50° Celsius or 122° Fahrenheit, the stage was cut short by almost 200 kilometres.   Like the weather, we put in an absolute scorcher and finished tenth for the day gaining 13 places and leapfrogging eight spots in the standings to 20th overall,” Möhr said.

17th Overall and winning the two-wheel drive petrol class was an admirable achievement for the privateer team.

Möhr  said “Motorsport is a team effort and without the support of team management, the technical crew, family, friends and enthusiasts it would not be possible to reach your personal goals.”

“I have thoroughly enjoyed my motorsport career, the many opportunities it has presented and the incredible people I have met and worked with, something I trust will continue into the future,” Möhr said. 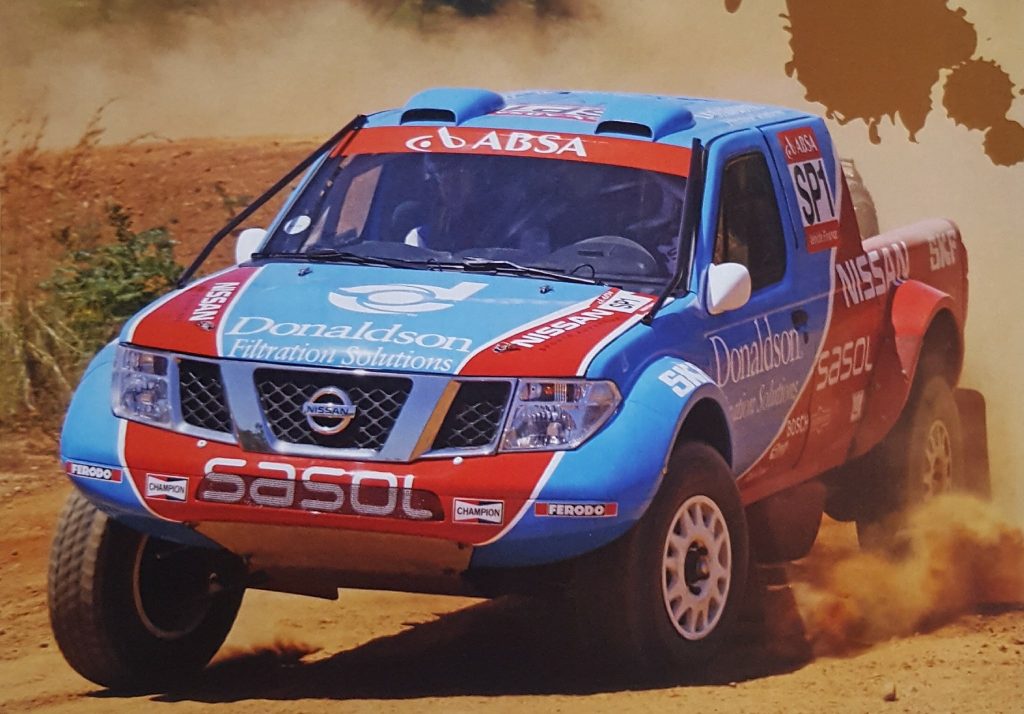 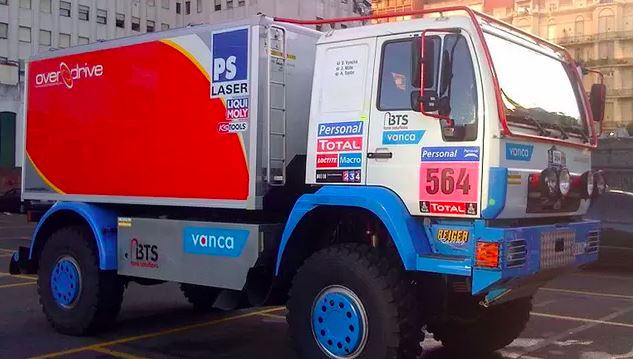 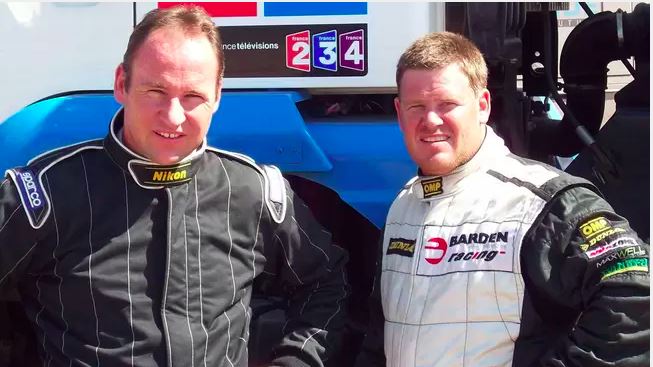 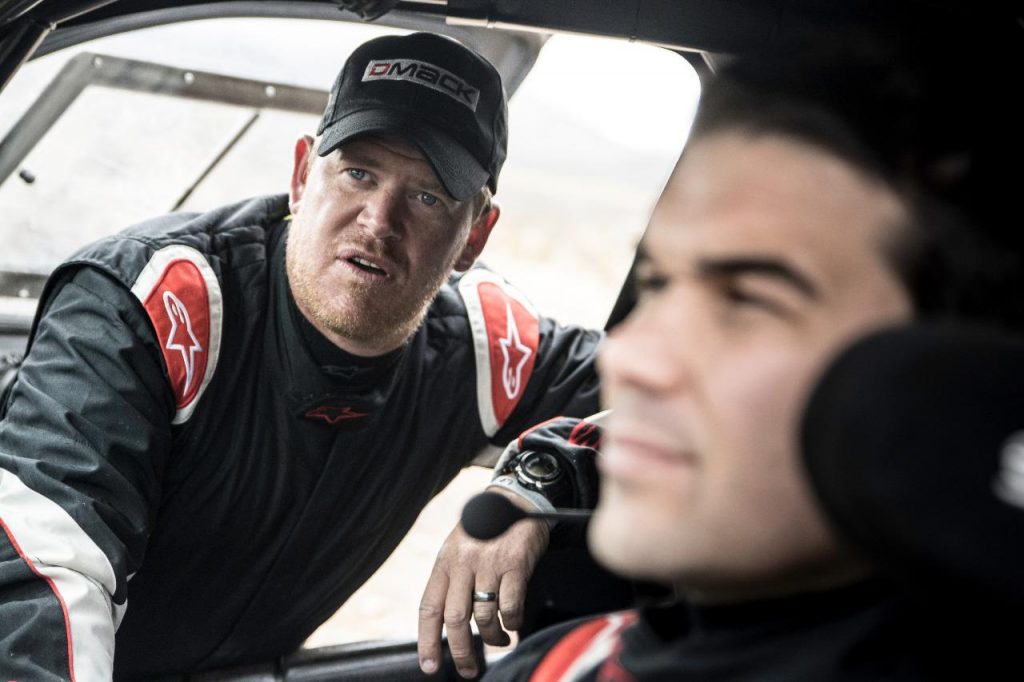 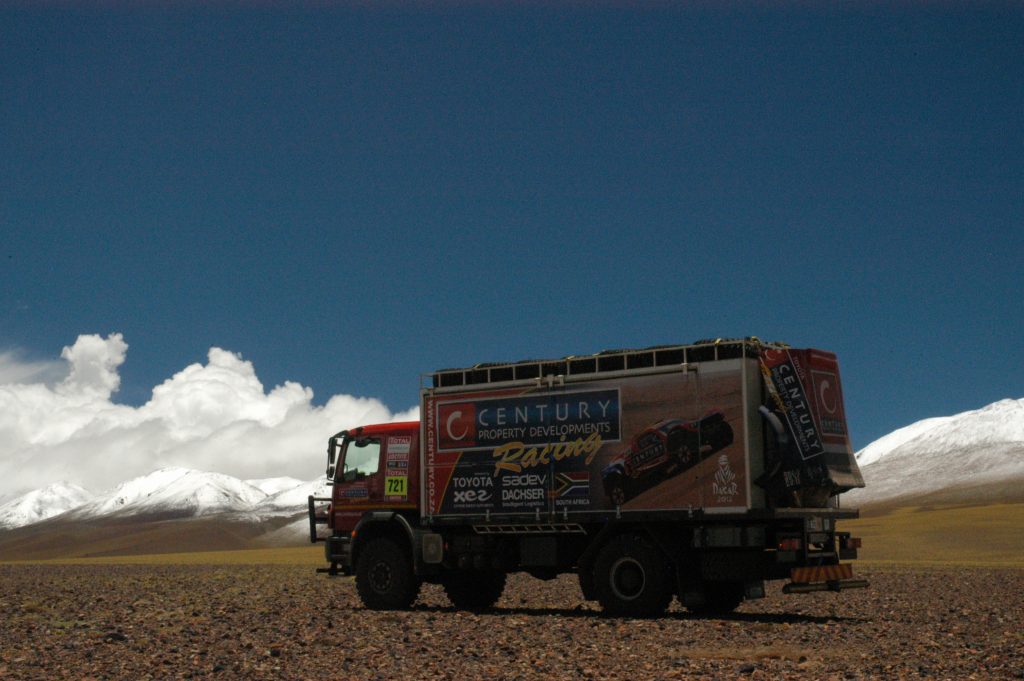 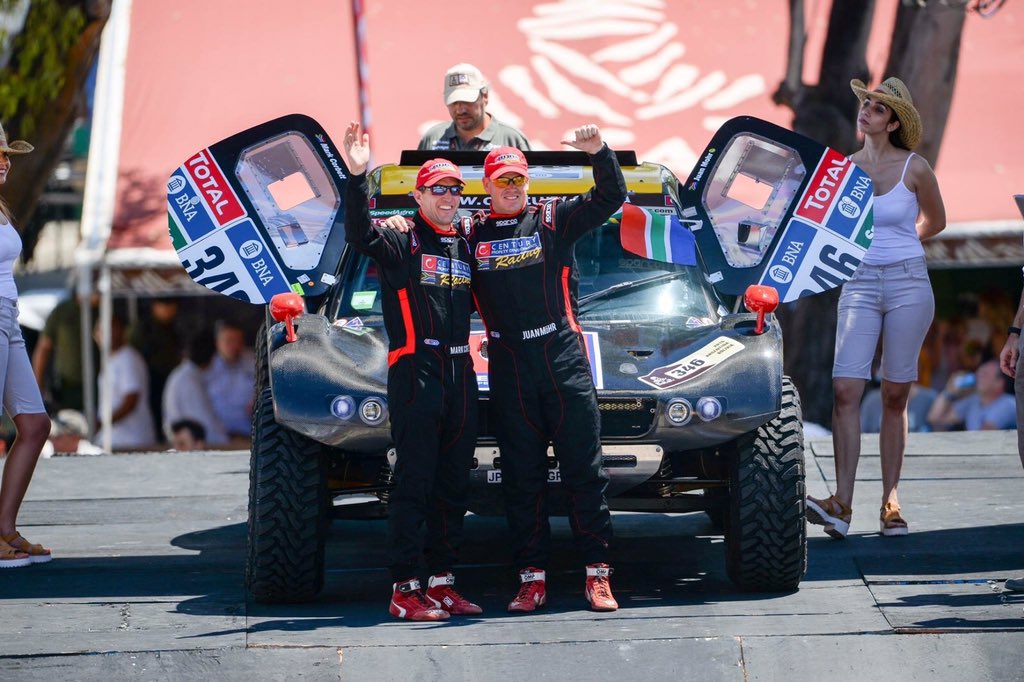 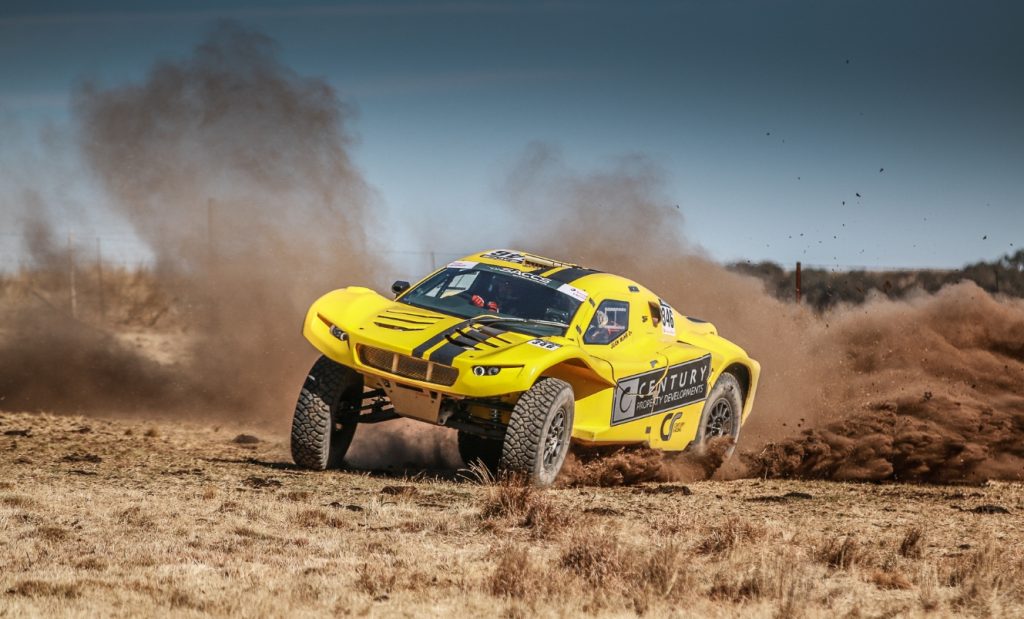 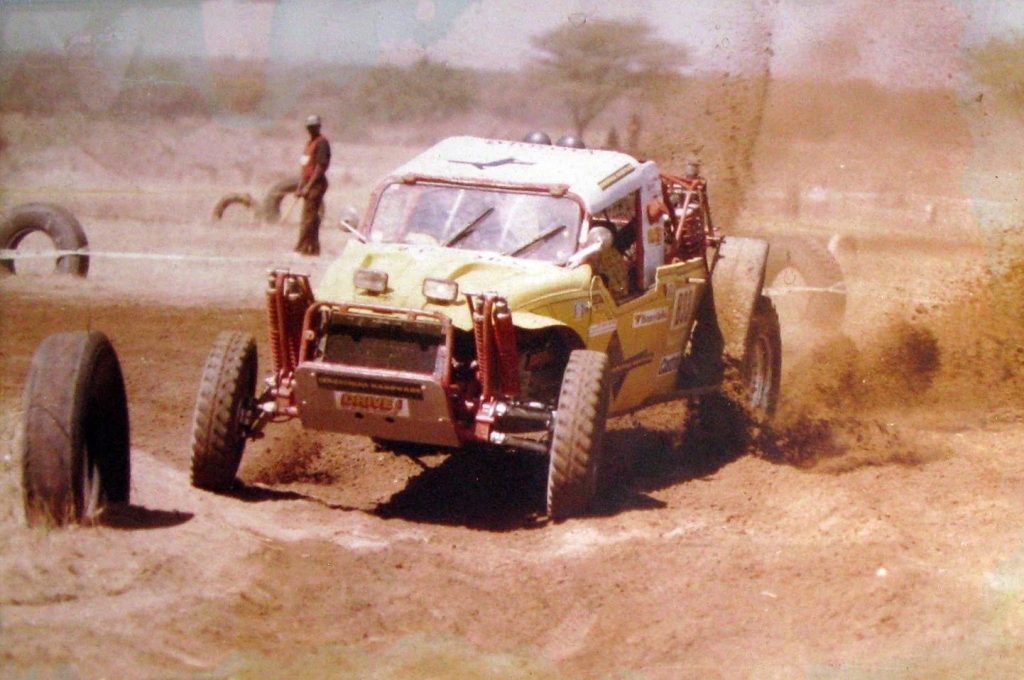 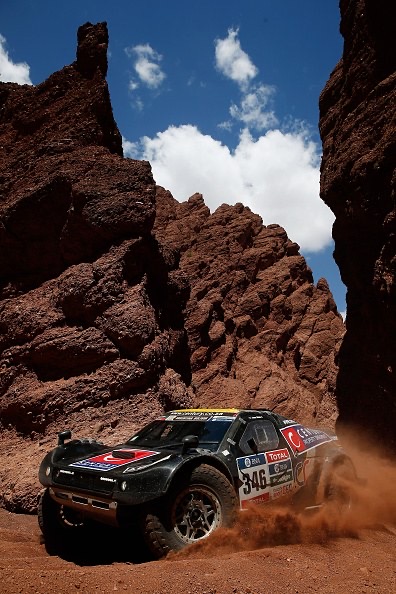 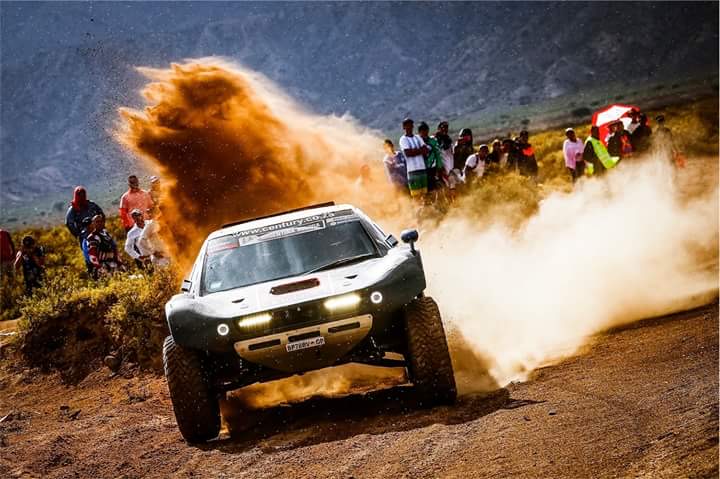 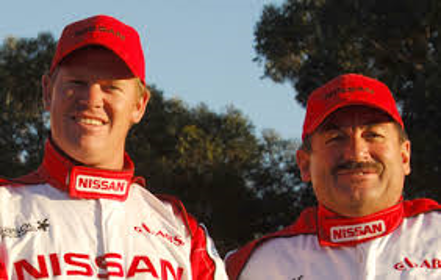 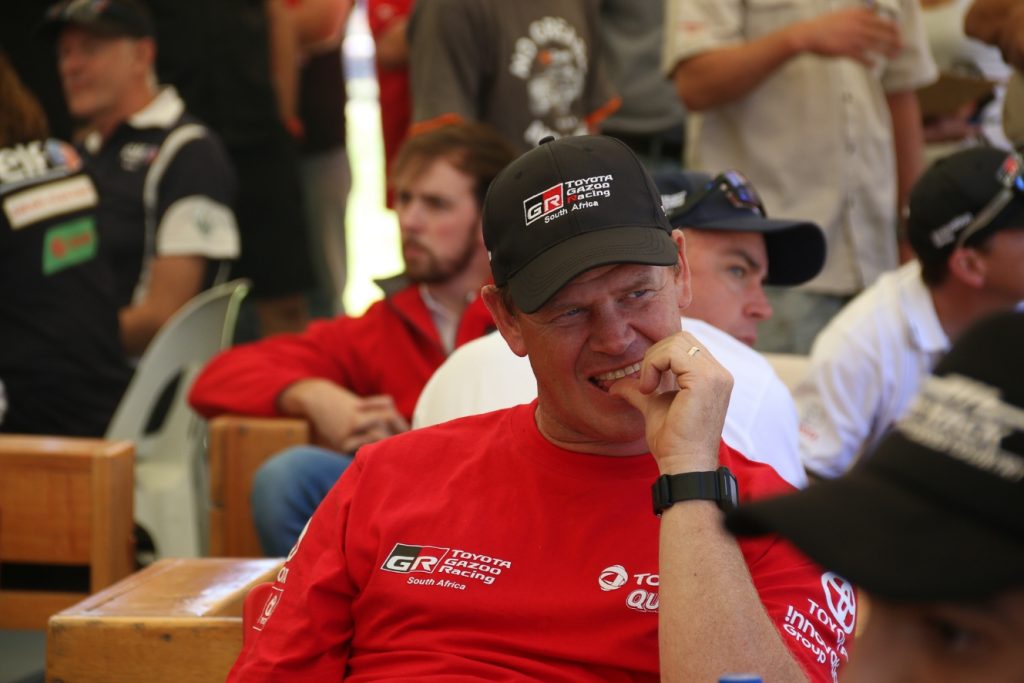 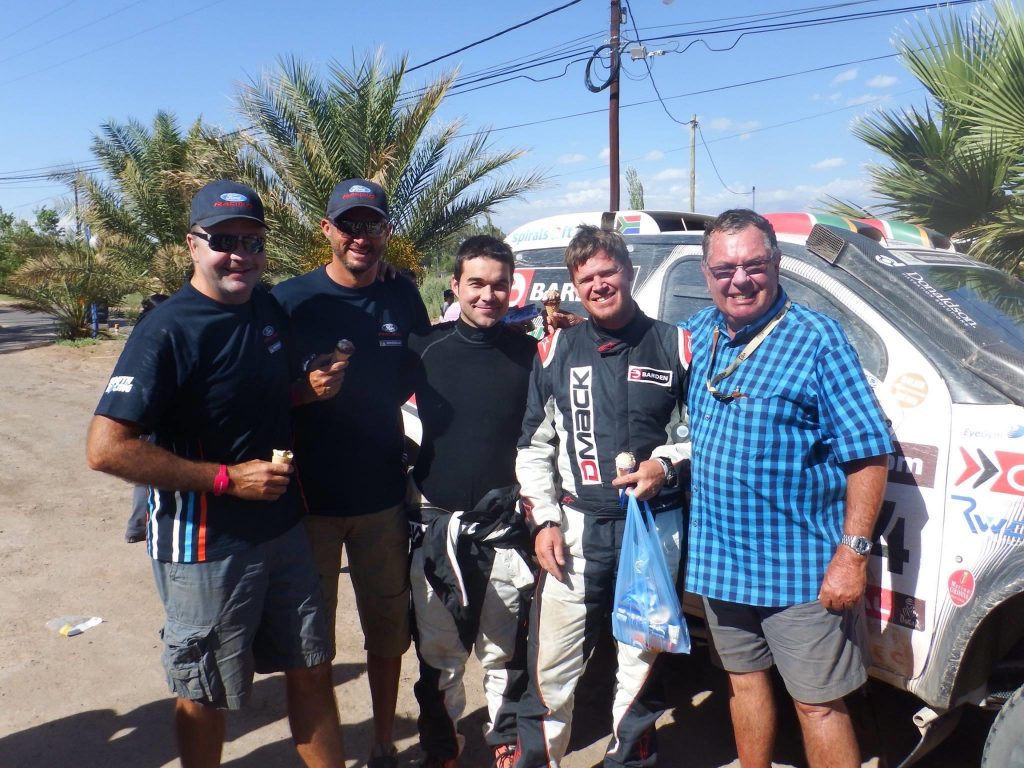 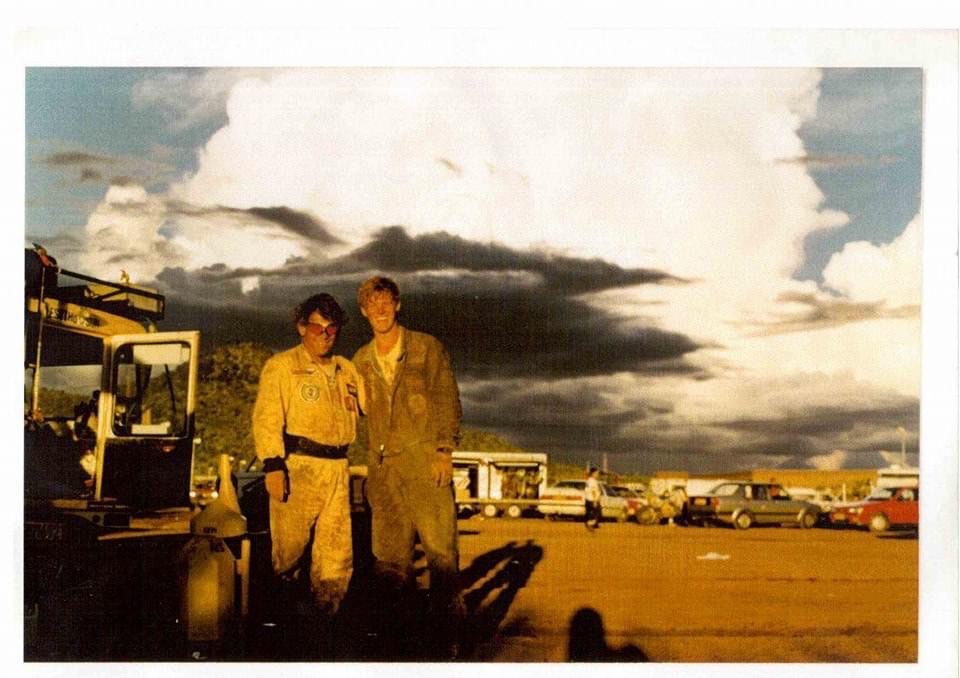 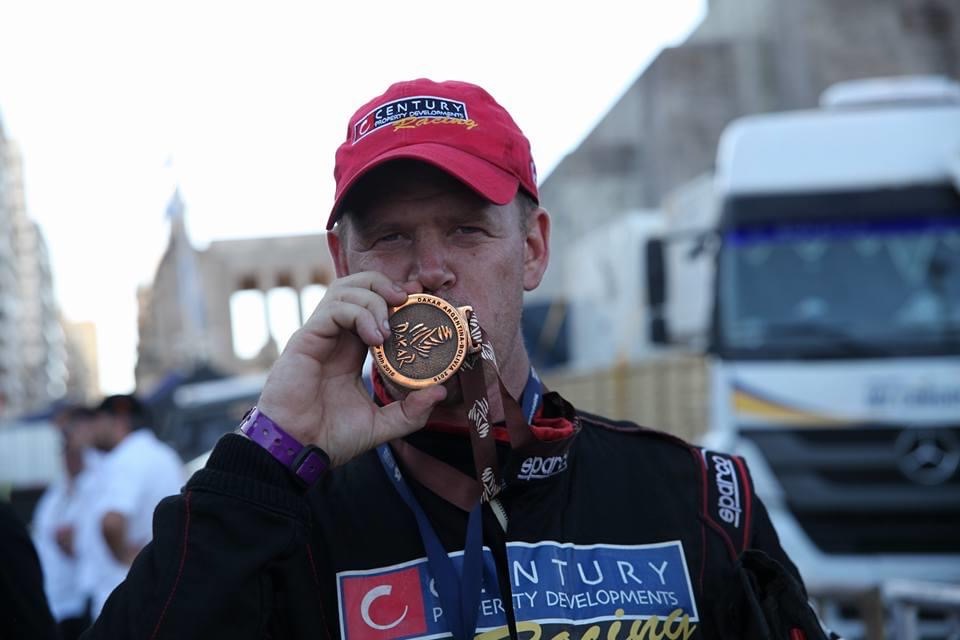 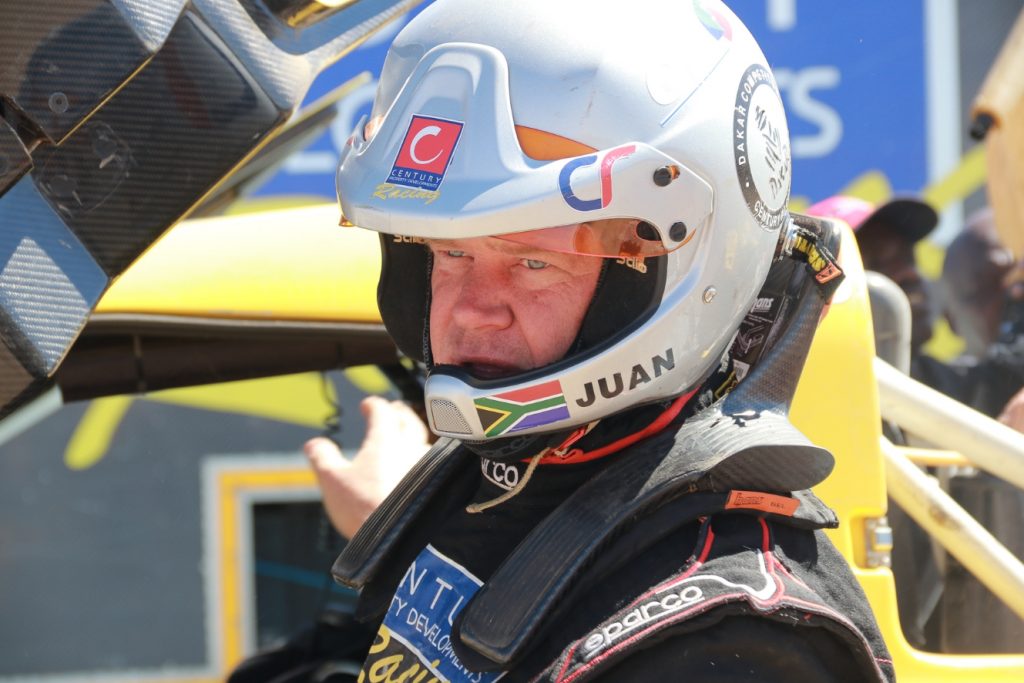 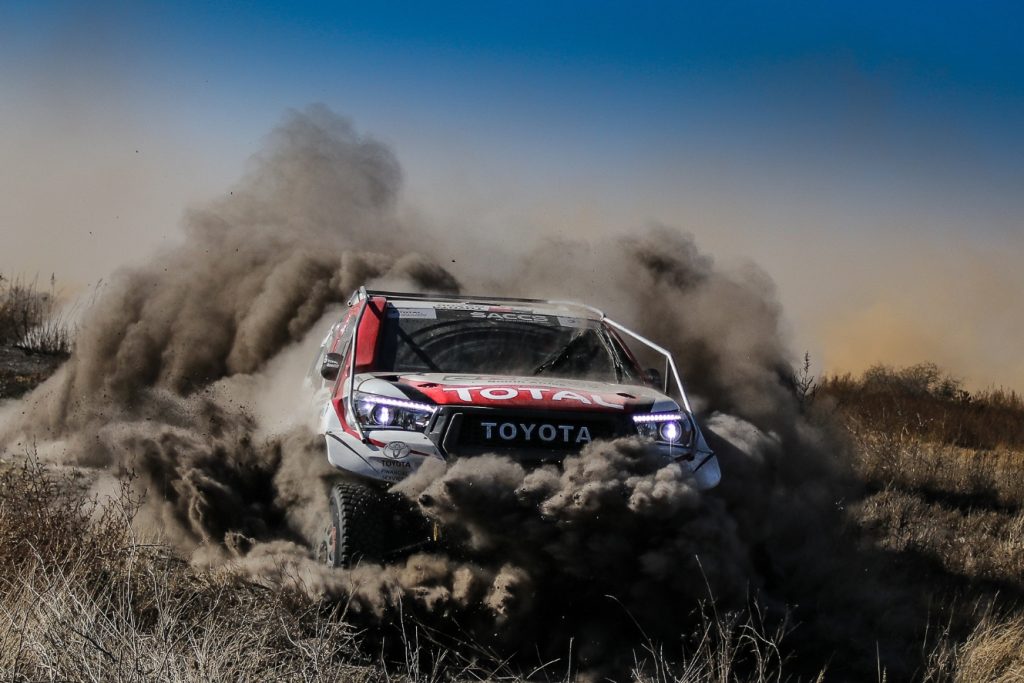 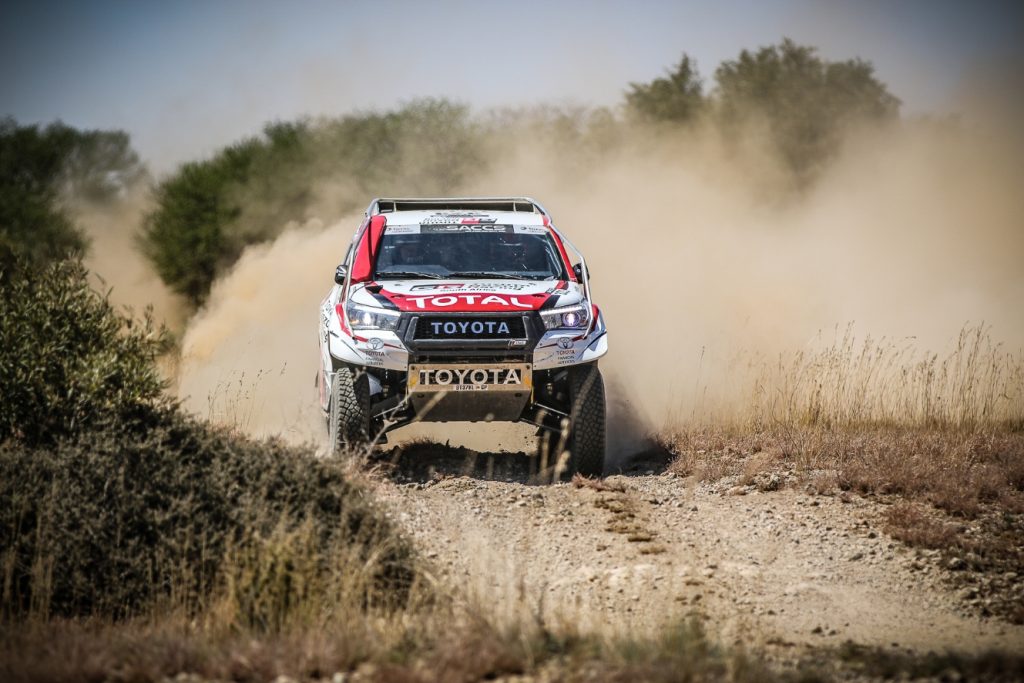 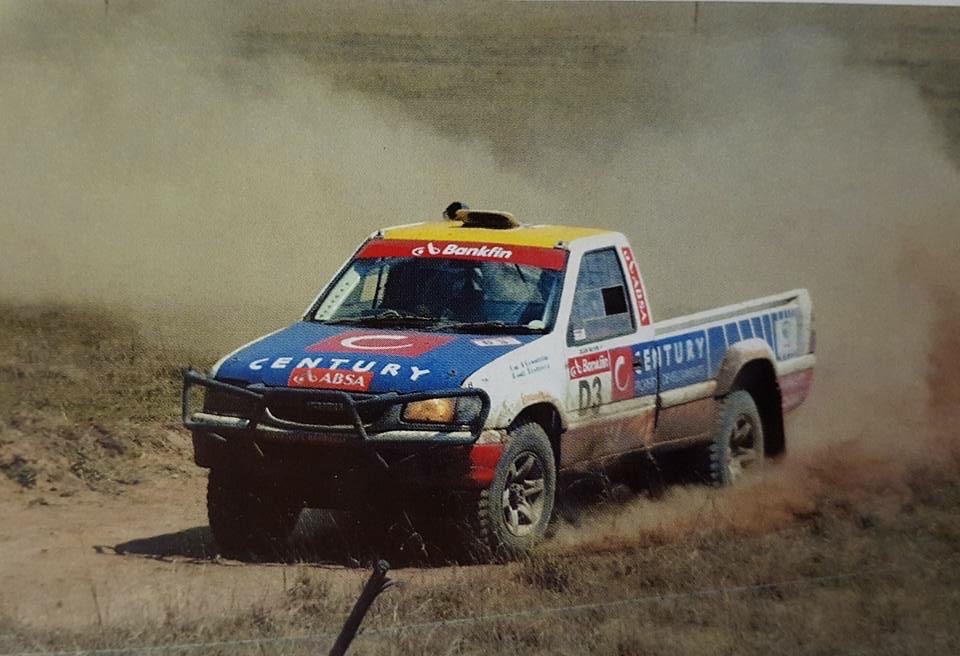