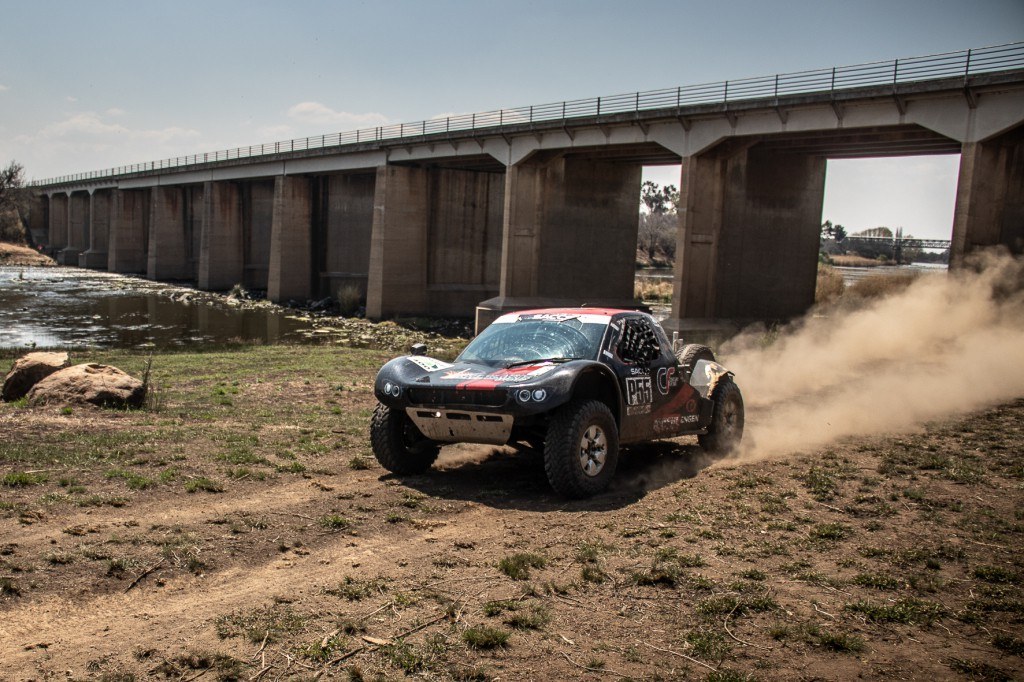 The recent TOTAL AGRI 400, round three of the 2020 South African National Cross Country Series (SACCS) that took place in the Bothaville area in the Free State, was not only an event enjoyed by all, but it also produced great action. In the Special Vehicle Category, there was disappointment for some, but it appears consistency and reliability is the name of the game.

It was not a flat-out mealie field race and the testing terrain took its toll on teams, but those who made it to the finish were rewarded with welcome points towards their championship onslaught.

The overall and Class A leaders, Tim Howes/Gary Campbell (Timdrew Property Development Zarco Magnum) added another victory to their tally of a win and a runner-up result to keep them in the lead. They have 83 points and have built a comfortable buffer of 30 points over Clint Gibson/Alaric Smith (Dirt Sport Stryker) who won the season opener in Mpumalanga, missed the second round and finished second at Bothaville. Another good result at the final two rounds in Parys could see them tip the scale and regain their lead.

Du Rand/Hattingh are yet to win a race this season, but are the only SxS team who have finished all three events. They are, however, only three points ahead of Peter Walter/Shaun de Villiers (Can-Am Maverick) who claimed their maiden victory in the Free State. The winners of the opening round, Dean Bradbury/Timmy Botes (Canon Rotex) survived the TOTAL AGRI 400 and are the third Class G team in the overall standings. They are only four points behind Walter/De Villiers and a single point separate them from the defending Class G champions, Werner/Leon Mostert (Elf Renault Can-Am Maverick) who are struggling with a SxS that goes into limp mode during the race.

The current SxS champions are closely followed by Theo Erasmus/Edward Odendaal (Can-Am Maverick) with Erasmus and young Kent Rutherford (Red-Lined Motorsport Can-Am Maverick), in only his third national race, on equal points. Rutherford made use of two navigators with Gerhard Schutte (12 points) filling the 10th place in the Overall Special Vehicle Navigators’ Championship and his dad, Archie 13th with nine points.

The overall and Class A and Class G leaders are not home safely yet, and there is still an opportunity for a good shuffle before the end of the season. This will ensure a fierce battle right to the end in both the overall and class championships.

Competitors receive an additional five points in the class championships for starting an event and although this makes a difference in the Class A points, it does not change the podium. Howes/Campbell (71 points) are still leading followed by Gibson/Smith (55 points) and Labuschagne-Jonck/Jonck not too far back (45 points). André Fourie/Hendrikus Pienaar (BAT) are fourth (15 points).

The Class G championship is extremely exciting with only 13 points covering the top five teams. Du Rand/Hattingh (66 points) lead Walter/De Villiers (63 points) by a mere three points while they are only six points ahead of Bradbury/Botes. Only two points separate the third step of the podium from defending champions Werner and Leon Mostert in fourth place. Rutherford (53 points) is fifth in the drivers’ line up followed by Erasmus (42 points) with the rest somewhat further behind.

In the Class G Navigators’ Championship Odendaal (42 points) is fifth and trails Mostert by 13 points while he is nine points ahead of Schutte who read the notes for Rutherford at the past two events. Christo Rose/Arno Olivier (Can-Am Maverick) finished their first event this season with a podium result in the Free State and are seventh (28 points) with Simon Murray/Achim Bergmann (Total Excellium Can-Am Maverick) eighth with 25 points; Hanno Bierman/Pieter de Beer ninth (22 points) and Archie Rutherford 10th with 20 points.

Henley/Creamer are the only competitors in Class P and have 15 points.

It is clear that the challenge for the SxS titles will reach boiling point at the final two rounds of the season that will take place on the weekend of 23 and 24 October in Parys.  And with the small margins separating the teams, the final standings might just have a different look at the end of the season. 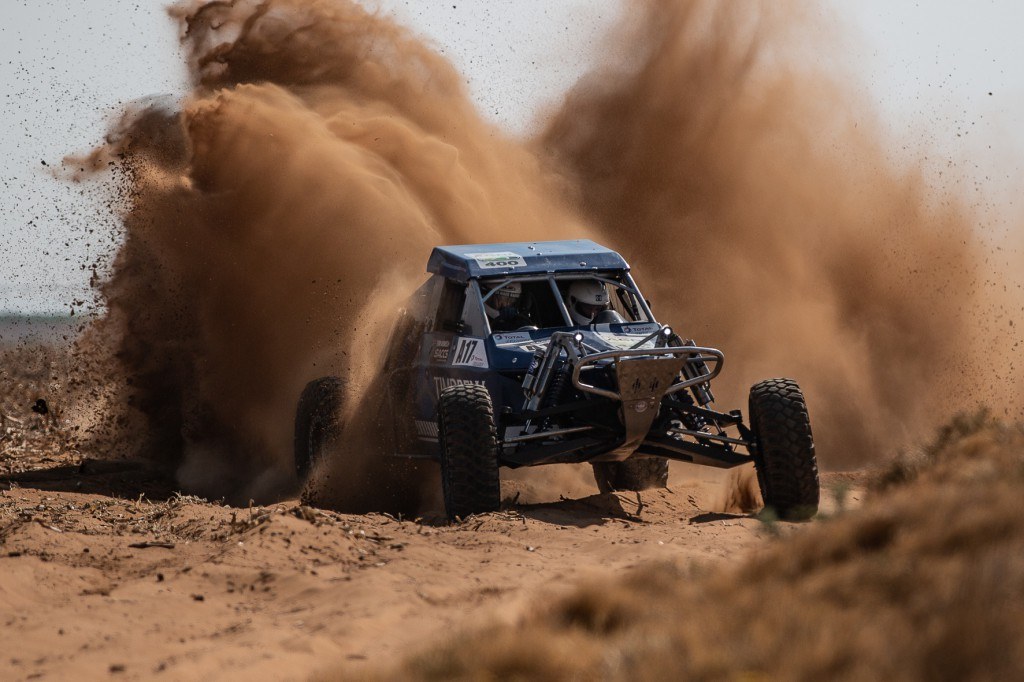 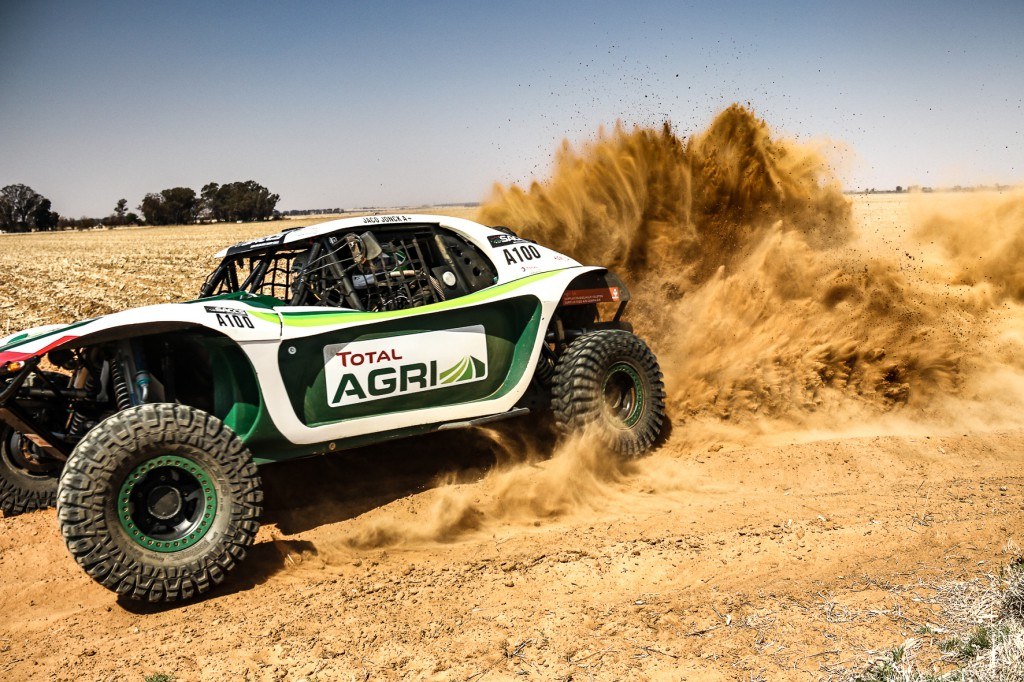 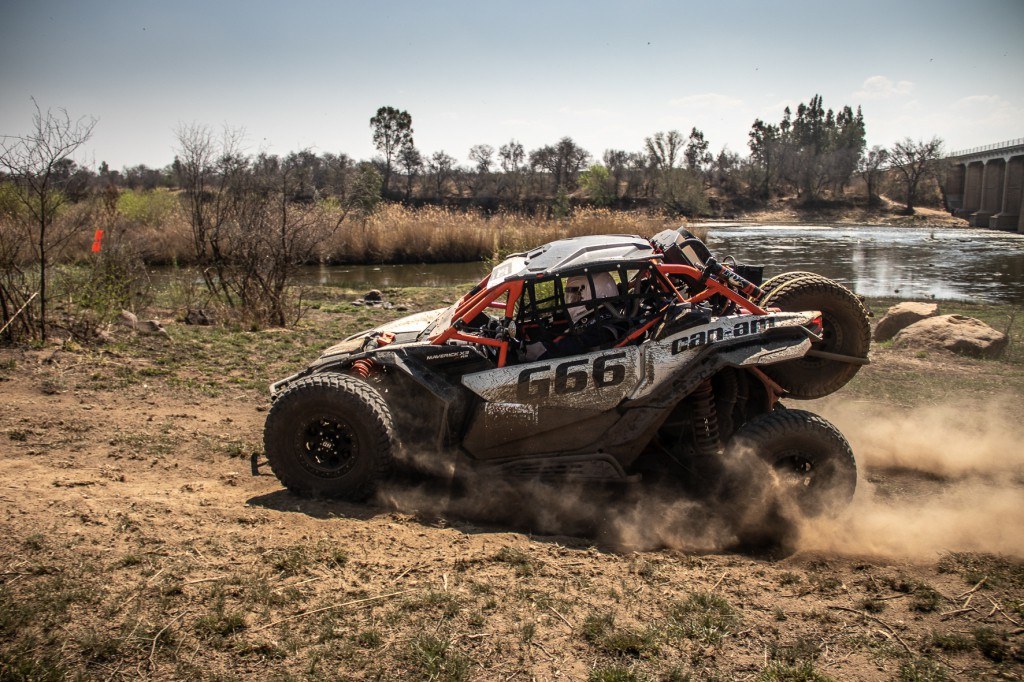 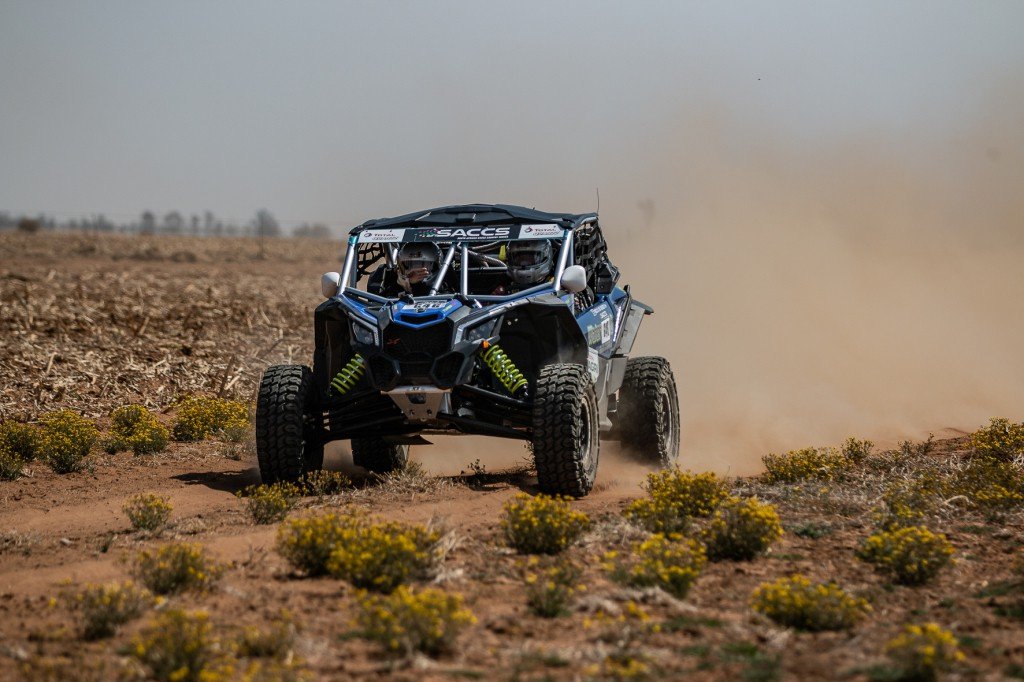 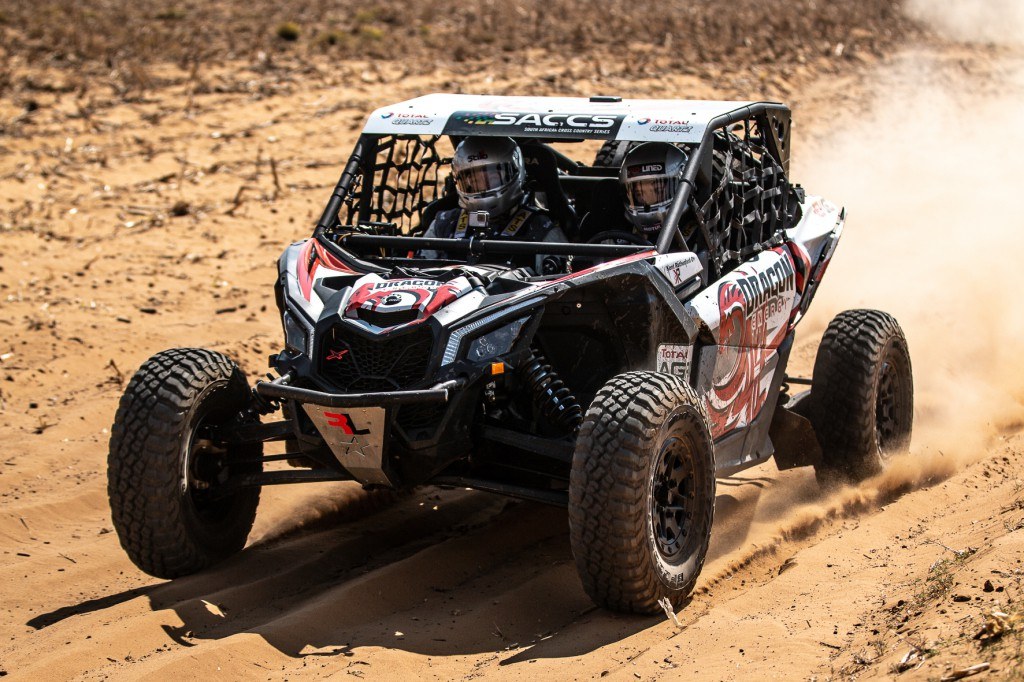 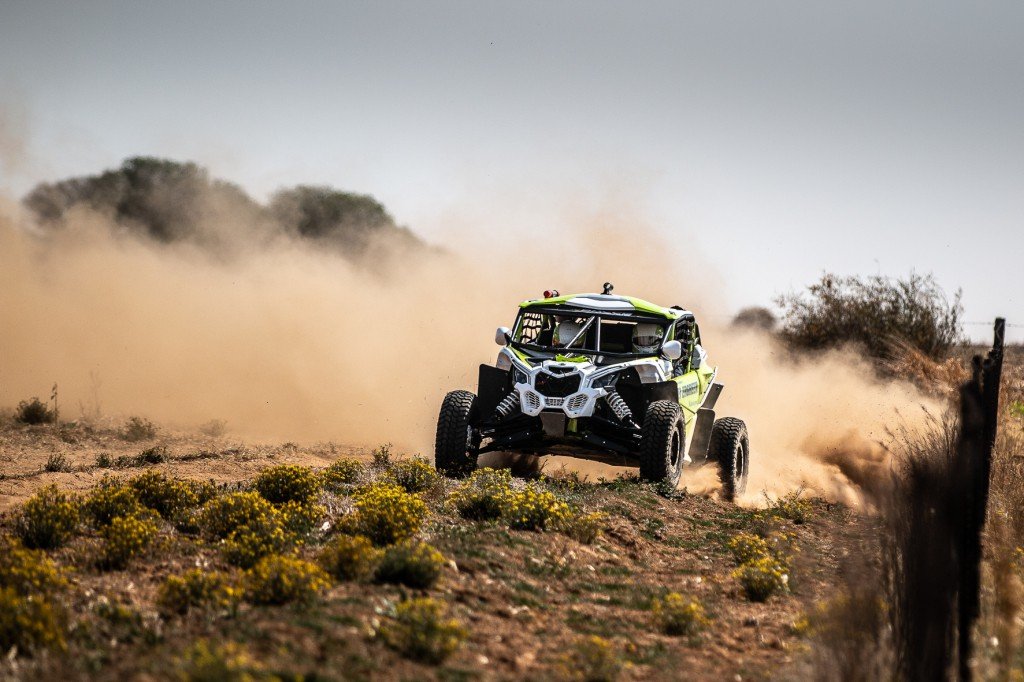 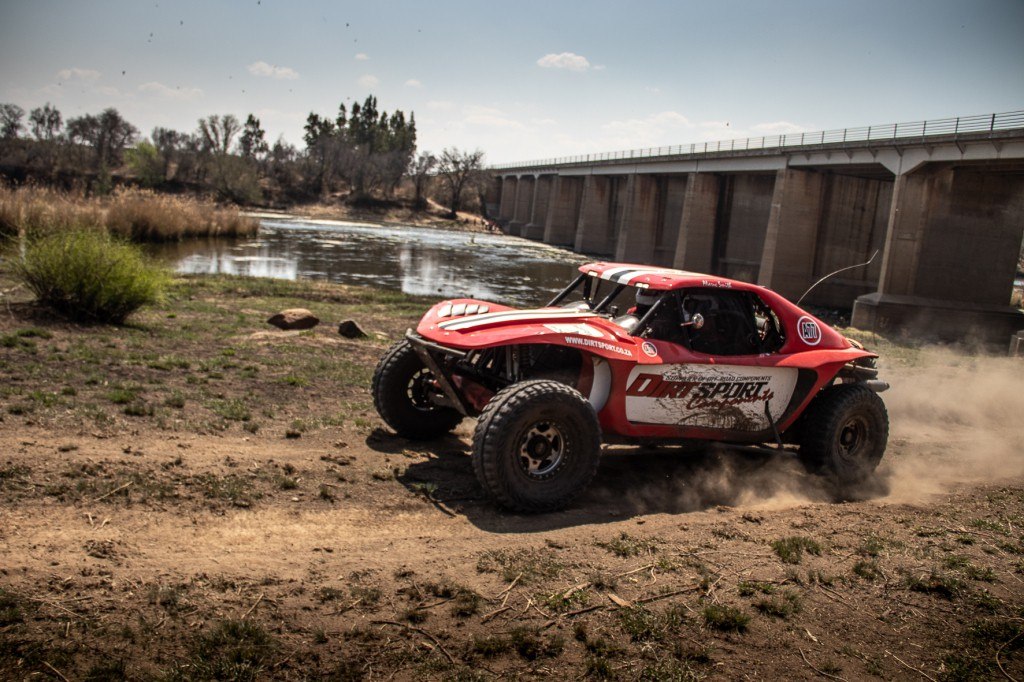