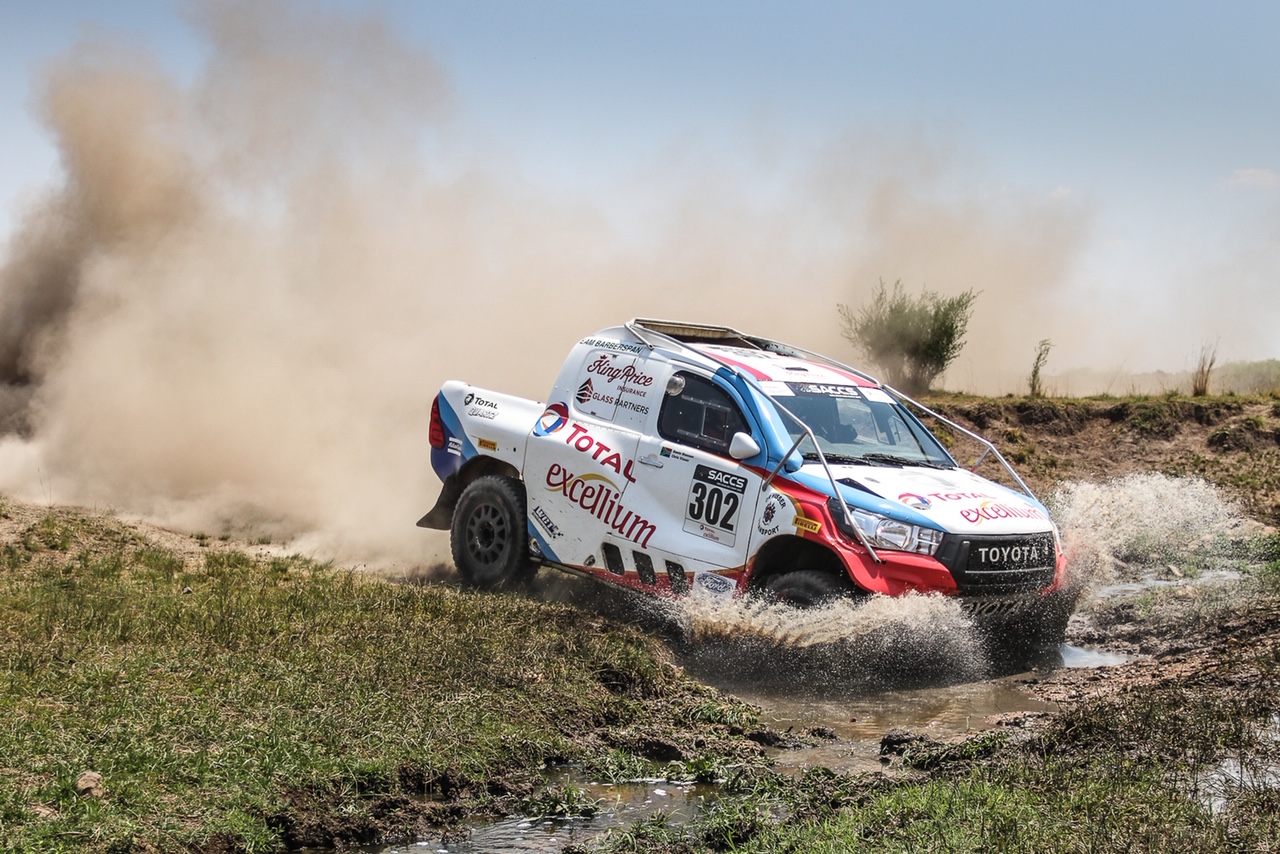 The action-packed Ford Parys 400, the fourth and penultimate round of the 2020 South African National Cross Country Series (SACCS) that took place at Parys today, Friday 23 October not only produced exciting racing in hot and dusty conditions, but new winners in the Production and Special Vehicle Categories emerged after a total of almost 350 fast and technical kilometres in the Free State.

The Ford Parys 400 is the first of two consecutive days of racing and consisted of a 14km Pirelli Ford Parys Qualifying Race that started at 08:00 and determined the starting order for the main race which commenced at 10:30 where competitors had to complete two loops of 164km each. The results of the Qualifying Race showed the competition in the main race would be extremely close with the two fastest teams overall and in the Production Vehicle Category – Chris Visser/Danie Stassen (Total Excellium Toyota Hilux and Henk Lategan/Brett Cummings (Toyota Gazoo Racing Hilux) – posting the exact same time.

It was, however, Visser/Stassen who broke the winning streak of Lategan/Cummings when they claimed their first overall and FIA Class victory of the season. Visser/Stassen (3:23:19) were a minute and 36 seconds faster than Lategan/Cummings (3:24:55) who opened the road on the main race and lead until past the halfway mark, but then lost time with two flat tyres.
Lategan/Cummings lost the battle, but won the war and claimed the 2020 championship with one round to go. The overall podium was rounded off by Gareth Woolridge/Boyd Dreyer (Ford Castrol Cross Country Ranger) (3:27:09) despite getting lost on the first lap.

Giniel de Villiers teamed up with Spanish navigator, Alex Haro (Toyota Gazoo Racing Hilux) after eight months and the team were leading in the second half, but then lost time with three flat tyres and had to settle for fourth place (3:33:01). The fifth place overall was filled by Clint Weston/Gerhard Snyman (King Price Xtreme) who started from the back of the field to finish a mere one minute and eight seconds behind De Villiers/Haro.

The Class T title is still up for grabs and the fourth round victory went to Wors Prinsloo/André Vermeulen (Neil Woolridge Motorsport Ford Ranger) who finished sixth overall. They were a minute and six seconds ahead of their team-mates, Malcolm and Frans Kock who were eighth in the Production Vehicle Category and only a minute and three seconds behind Shameer Variawa/Dennis Murphy (Toyota Gazoo Racing SA Hilux). Variawa/Murphy finished sixth in the FIA Class after also suffering three punctures.

The rest of the top ten included Johan van Staden and stand-in navigator, Leander Pienaar (Elf Renault Duster) who were ninth in the Production Vehicle Category and seventh in the FIA Class with Lance Woolridge/Elvéne Vonk (Ford Castrol Cross Country Ranger) 10th overall and eighth in the FIA Class after an eventful day. The team were fourth fastest after the Pirelli Qualifying Race, but two punctures cost them valuable time while a failed air-conditioner resulted in the cabin temperature reaching boiling point.

They were 24 seconds clear of the Horn brothers, Johan and Werner (Malalane Toyota Hilux) who rounded off the Class T podium. The Horn brother were leading Class T, but the loss of fifth and sixth gear during the first of the two 164km loops, slowed them down. Brian Baragwanath/Taye Perry (Century Racing CR 6) were sixth fastest after the short qualifier, but wrong slotting and getting stuck in mud resulted in them having to settle for the 12th place in the Production Vehicle Category and ninth in the FIA Class.

The defending Special Vehicle Champions, Lance Trethewey/Adriaan Roets (LT Earthmovers BAT) participated for the first time this season and showed why they were the champions when they walked away with the category and Class A victory after a route Trethewey described as tough and tricky in sweltering conditions. The current overall leaders, Tim Howes/Gary Campbell (Zarco) played it safe on their way to the title and were second with Team Total Agri Porter, Sandra Labuscagne-Jonck and Jaco Jonck rounding off the overall and Class A podium despite experiencing steering problems during the Pirelli Qualifying Race.

Boela Botes/Jay Pretorius (Schalk Burger Motorsport Porter) made a comeback after not racing for nine years and finished fourth.

There were also new winners in the Side-by-Side (SxS) Class G and with Simon Murray/Achim Bergmann (Total Excellium Can-Am Maverick) claiming their first victory of the season. They were fifth in the Special Vehicle Category and were followed by Christo Rose/Arno Olivier (Can-Am Maverick SxS) and the defending SxS champions, Werner and Leon Mostert (Elf Renault Can-Am Maverick) who were again plagued by their vehicle going into limp-mode while a wheel also broke off during the first loop.

Theo Erasmus/Edward Odendaal (Can-Am Maverick SxS) finished just behind the outgoing champions and were followed by Coenie Bezuidenhout/Jaco Schutte and Nico du Rand/Rikus Hattingh in similar Can-Am Maverick SxS vehicles with the latter still having a chance on the 2020 SxS title as Peter Walter/Shaun de Villiers (Can-Am Maverick) could not finish.

The fifth and final round of the SACCS, the Toyota Gazoo Racing SA Vaal 400, will start with the 14km Pirelli Qualifying Race at 08:00 on Saturday morning at the Parys Airfield. The results will determine the starting order for the main race that starts at 10:00 and consists of two loops of 168 kilometres.

Enthusiasts can follow the action on the RallySafe App that can be downloaded free of charge for Android and iPhone. 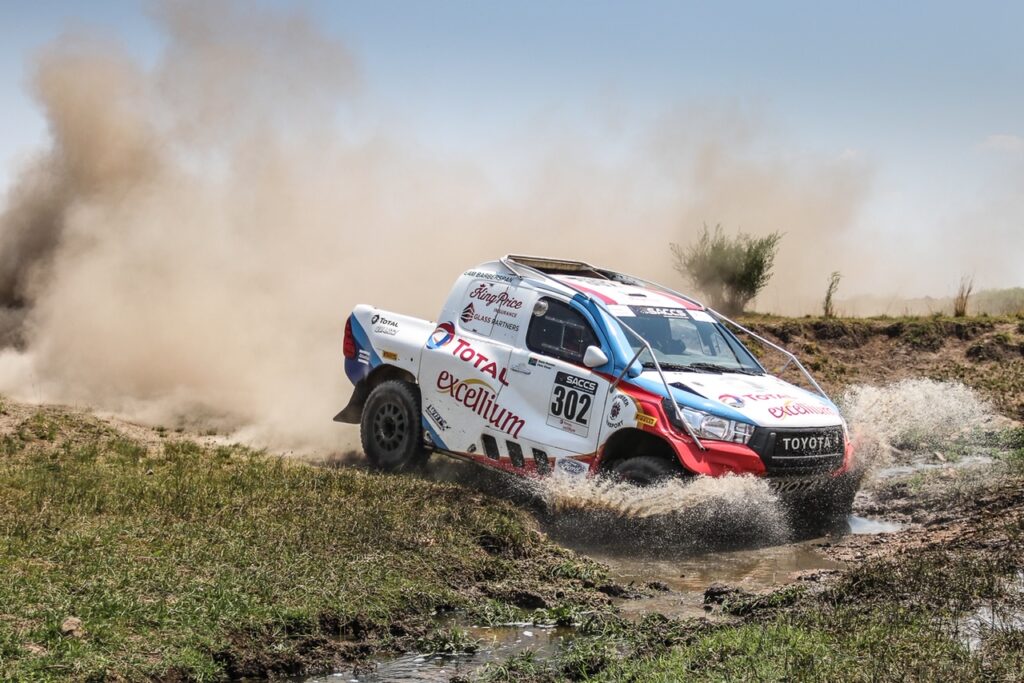 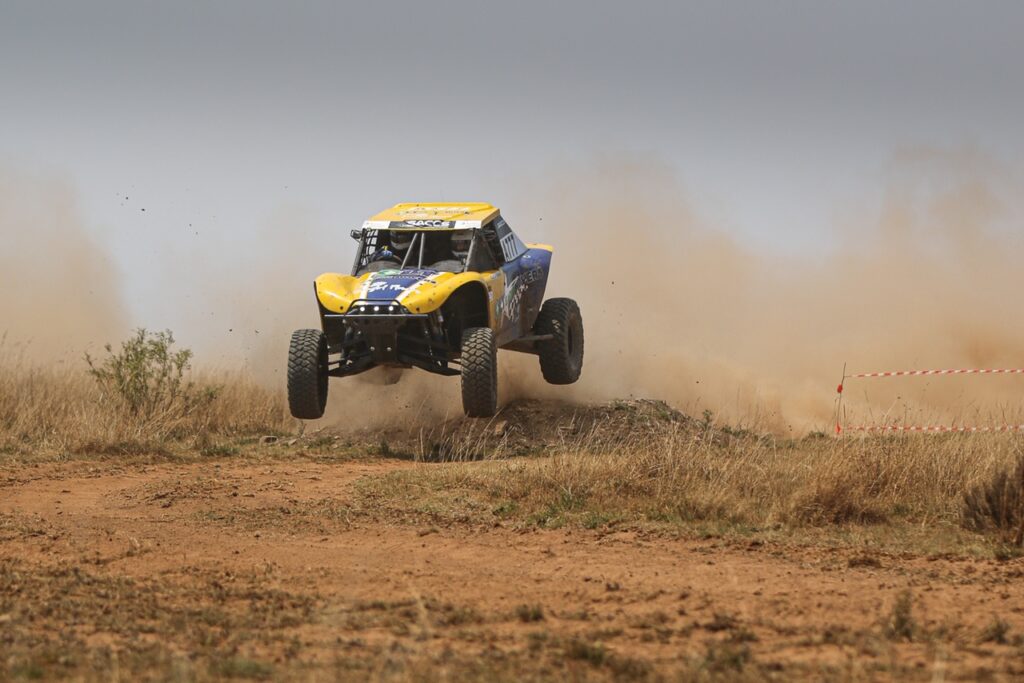 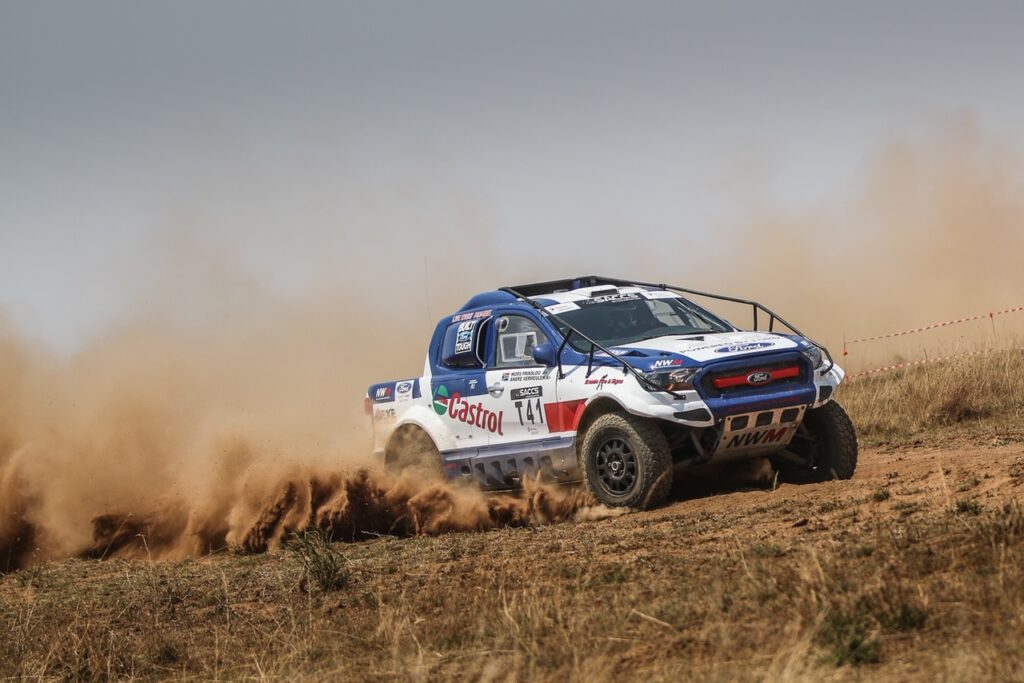 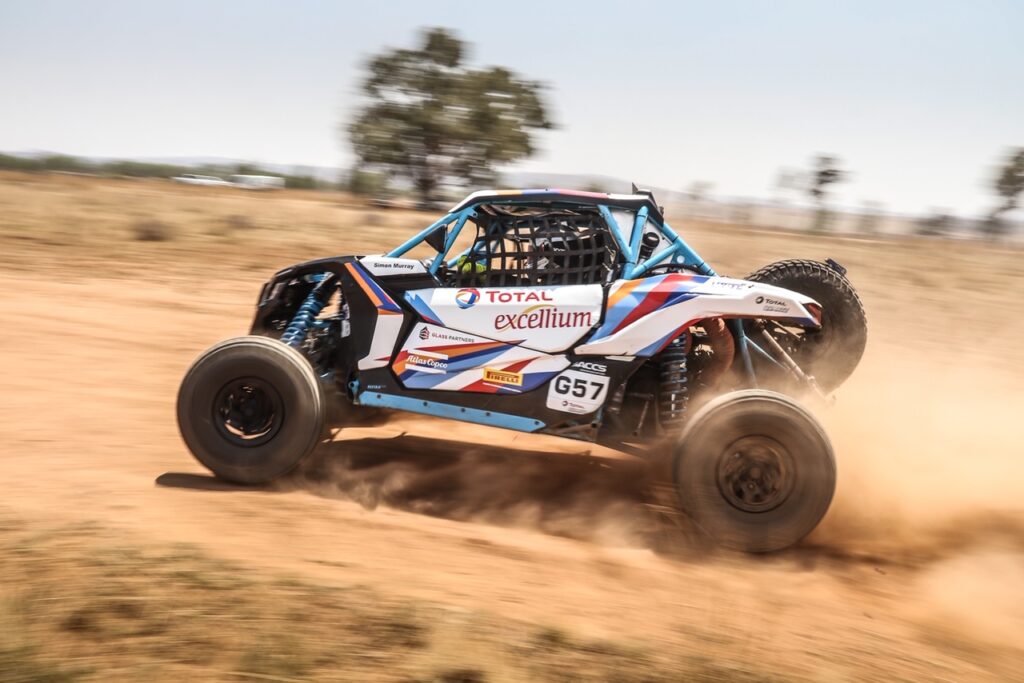