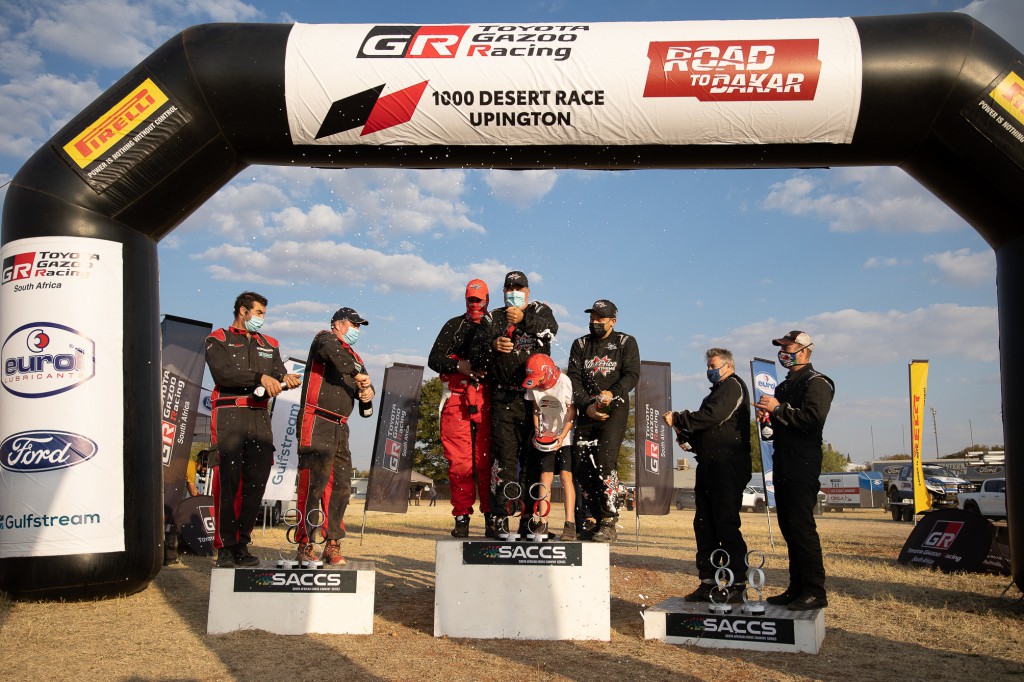 The recent Toyota Gazoo Racing SA (TGRSA) 1000 Desert Race, round three of the South African National Cross Country Series (SACCS) that took place over three days and almost a thousand gruelling kilometres in the Northern Cape, took its toll on competitors in the Special Vehicle Category and a healthy amount of points for those who made it to the finish, resulted in the standings to be turned on its head.

In the end, Lance Trethewey/Adriaan Roets (Schalk Burger Motorsport BAT) scored their third consecutive victory this season to keep their overall and Class A championship lead (105 points). Behind them a lot of shuffling took place as a well-earned second place at Upington for Clint Gibson/Alaric Smith (Class A Stryker), who could not finish the season opener, meant they moved onto the podium and are now sitting in second place (60 points). And a maiden Class G Side-by-Side (SxS) victory as well as finishing fourth overall for the Larney brothers, Cecil and Elardus, pushed them onto the podium (48 points).

The Larney’s are only one point ahead of Dean Bradbury/Timmy Botes (Can-Am Maverick SxS) who dropped from third to fourth place overall (47 points) while the 19-year old teenager, Kent Rutherford (Enza Construction Can-Am) moved into fifth place overall among the drivers’ (32 points). He is now only one point ahead of John Thomson (Mormond Zarco Challenger) in sixth who scored his first points of the season (31) at Upington while Thomson’s navigator, Maurice Zermatten (31 points) is fifth of the navigators.

In the Class A, Class G and Class P championships, competitors are awarded five additional points for starting a race. With these added points in the Class A championship, Trethewey/Roets (120 points) are in a comfortable lead. They are now followed by Gibson/Smith (75 points). Tim Howes could not complete the marathon race in the desert with navigator Gary Campbell, but points earned at the first two events of the season together with Don Thomson, resulted in them only dropping to third place with Howes on 50 points and Thomson on 45.

Thomson/Zermatten are now fourth in Class A (46 points) with Boela Botes/Jay Pretorius (Schalk Burger Motorsport Porter) rounding off the top five (33 points) of this class championship albeit only having scored points after finishing the Sugarbelt 400. Lood du Preez/Tiaan Swart (Farmers Meat Stryker) missed the opening round and finished well in KwaZulu-Natal. They could, however, not score points at Upington and are sixth (25 points).

Sandra Labuschagne-Jonck/Jaco Jonck (Moto-Netix KEC Racing Porter) still have to get their season off the ground and are currently seventh (10 points).

The Class G SxS Championship is once again an extremely competitive championship with not much separating the competitors after three rounds. The sandy conditions of the desert took its toll on the Can-Am Maverick SxS vehicles with bad luck and disappointment for many.

The Class G podium has a totally new look as well as new leaders with the Larney brothers (93 points) now leading the standings while Bradbury/Botes moved up to the second place (77 points). Rutherford (69 points) is now third between the drivers’ followed by the Sugarbelt 400 winner, Nico Du Rand (57 points) who had to relinquish his lead in the driver’s standings after not being able to see out the distance in the desert.

Werner Mostert (Schalk Burger Motorsport) is fifth (38 points) of the Class G drivers’ after a disappointing two outings. He is being followed by Bazil Bezuidenhout (23 points) and his father, Coenie Bezuidenhout (20 points) who are taking turns behind the wheel. Drivers Theo Erasmus and Geoff Minnitt are on the same number of points (15) and Marko Himmel has 10.

Due to navigators playing musical chairs and not consistently navigating for the same driver, JG Claassen, who sat next to Du Rand at the first two races, but missed the TGRSA event, completes the podium (52 points). Rikus Hattingh accumulated 43 points by navigating for both Coenie and Bazil and is currently fourth (43 points) with Werner’s navigator, Leon, like his brother also fifth (38 points).

Justin Rutherford stood in for his brother’s regular navigator, Kabelo Mokanyane at the Upington event and their result gave him enough points (36) to be sixth, three points ahead of Mokanyane who is seventh with Erasmus’ navigator, Edward Odendaal eighth (15 points) and Himmel’s navigator, Francois Schoonbee ninth (10 points). A few more SxS competitors have only started one event and still need proper points on the scoreboard.

A desert race victory for Daniel Retief/Pieter Karsten (CR-T) put them in the lead of Class P (29 points) with Willem du Toit/Victor Fincham (CR-T) second (25 points) after finishing second at their home event at Upington. Gary and his daughter Jess Campbell are third with 15 points.

The 2021 SACCS season reaches the halfway mark with the fourth and fifth rounds, the Vryburg 400, taking place on 13 and 14 August in the North-West Province.

View the points after Round 3

Photos by Nadia at PixelArt 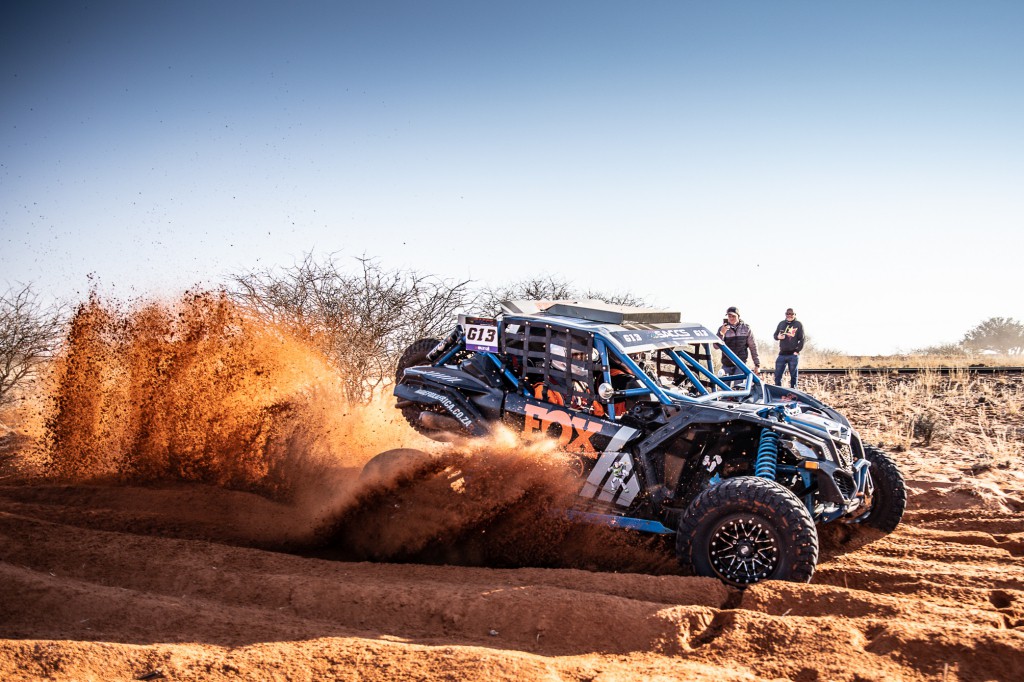 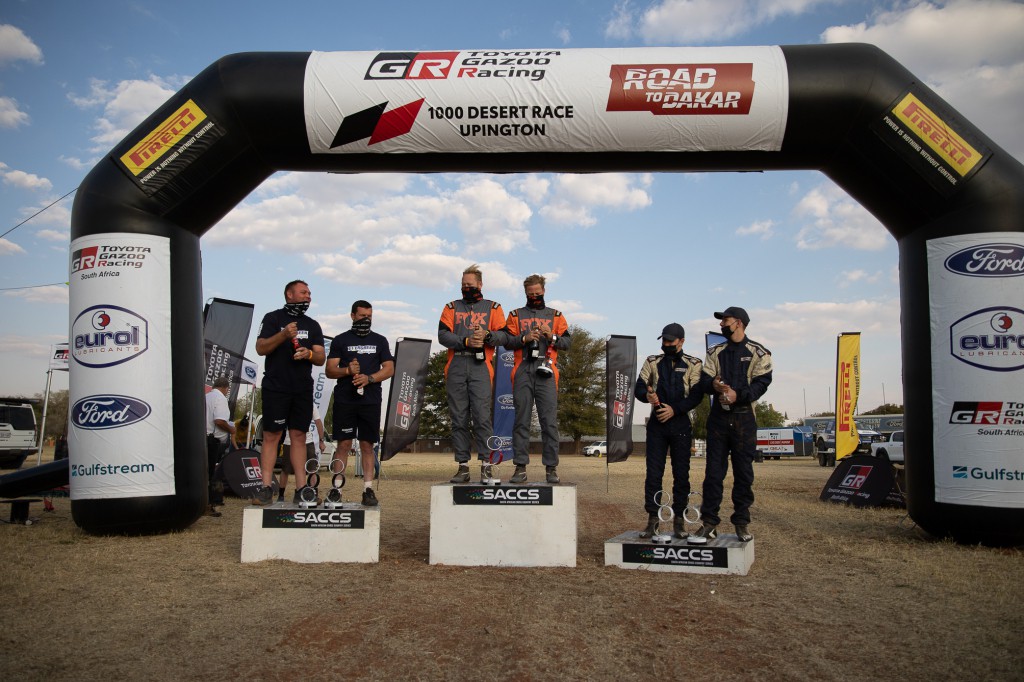 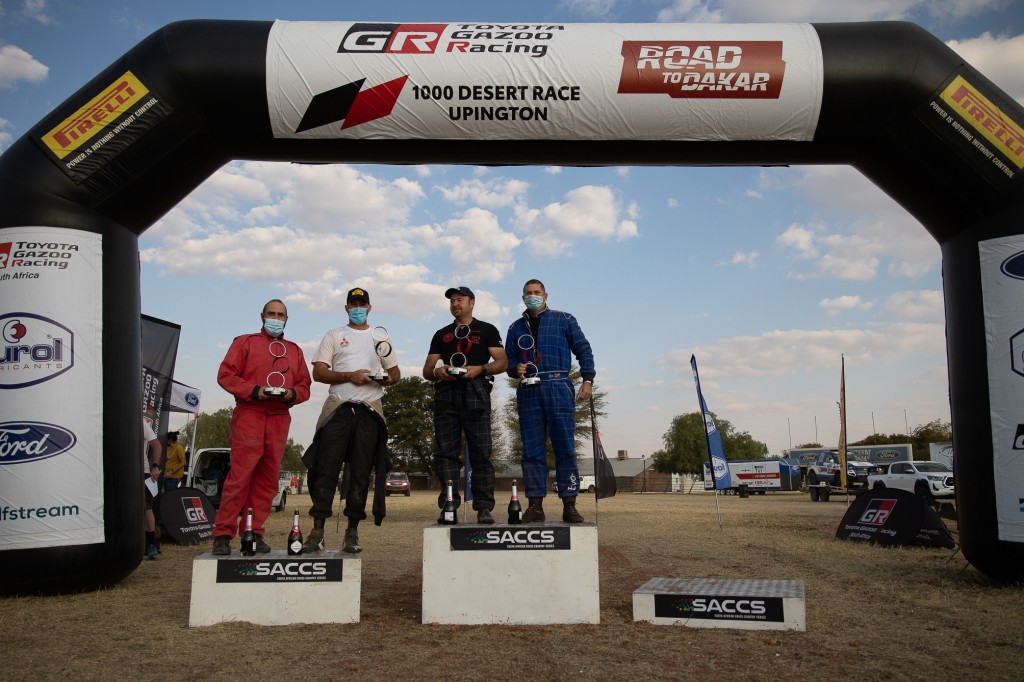 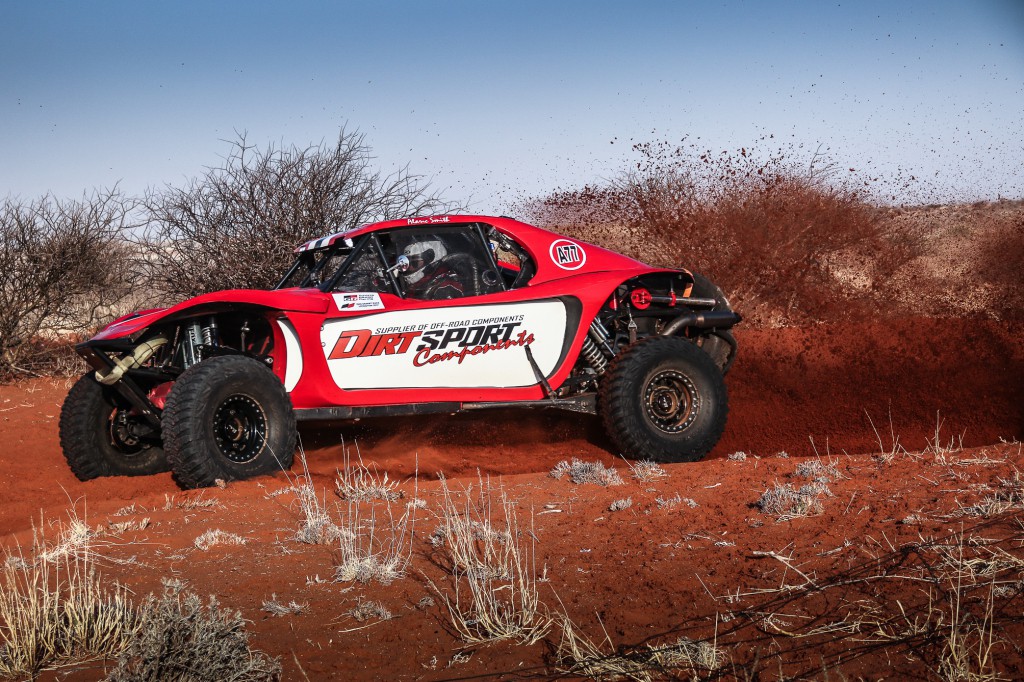 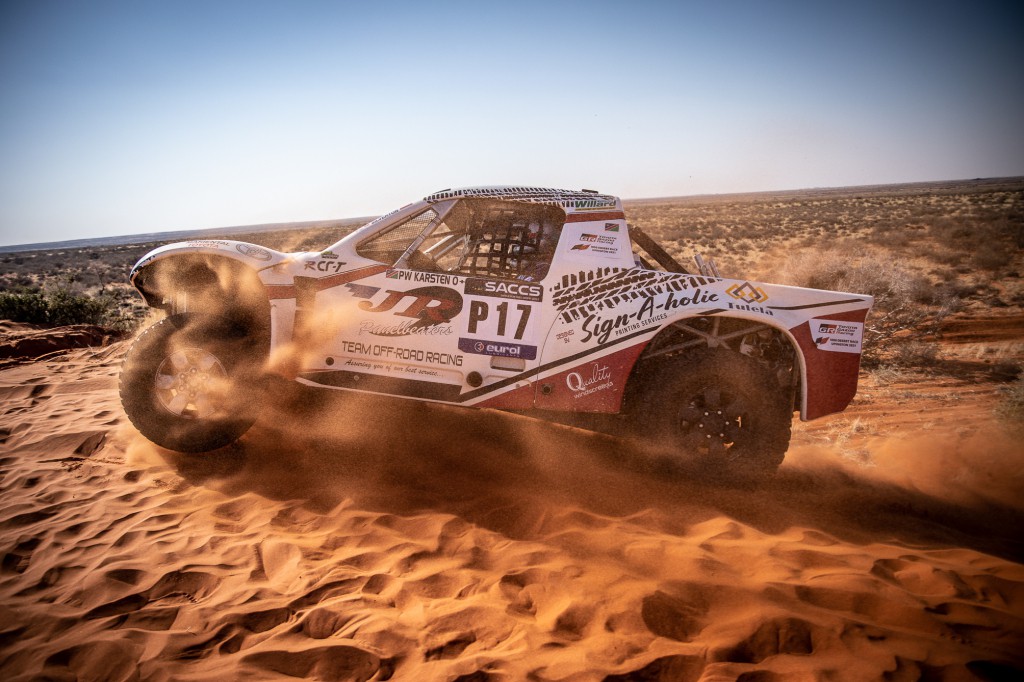 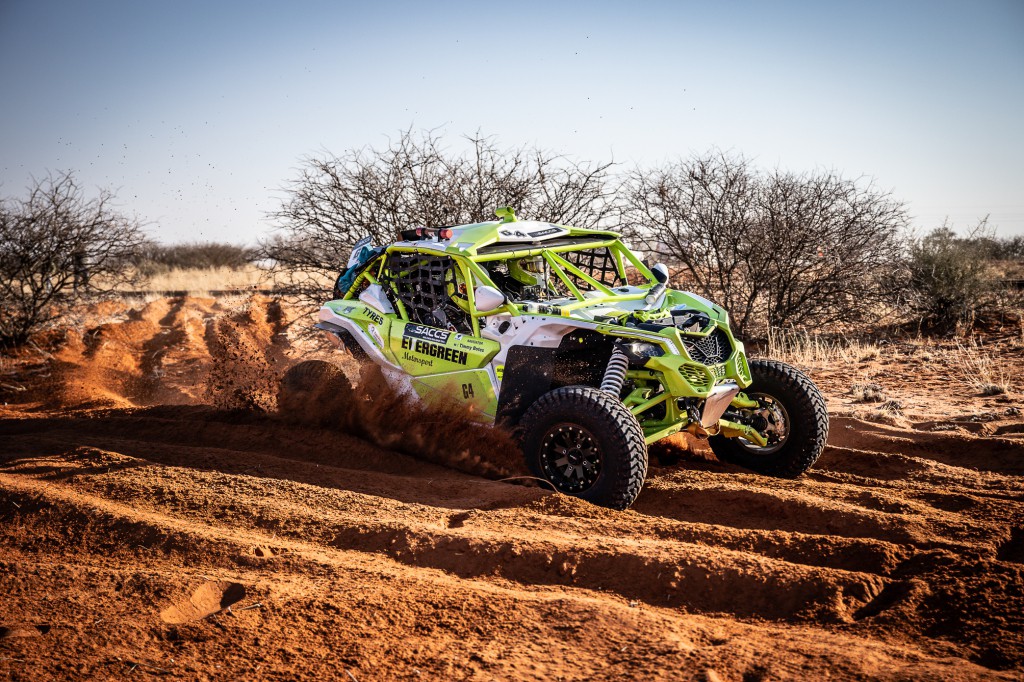 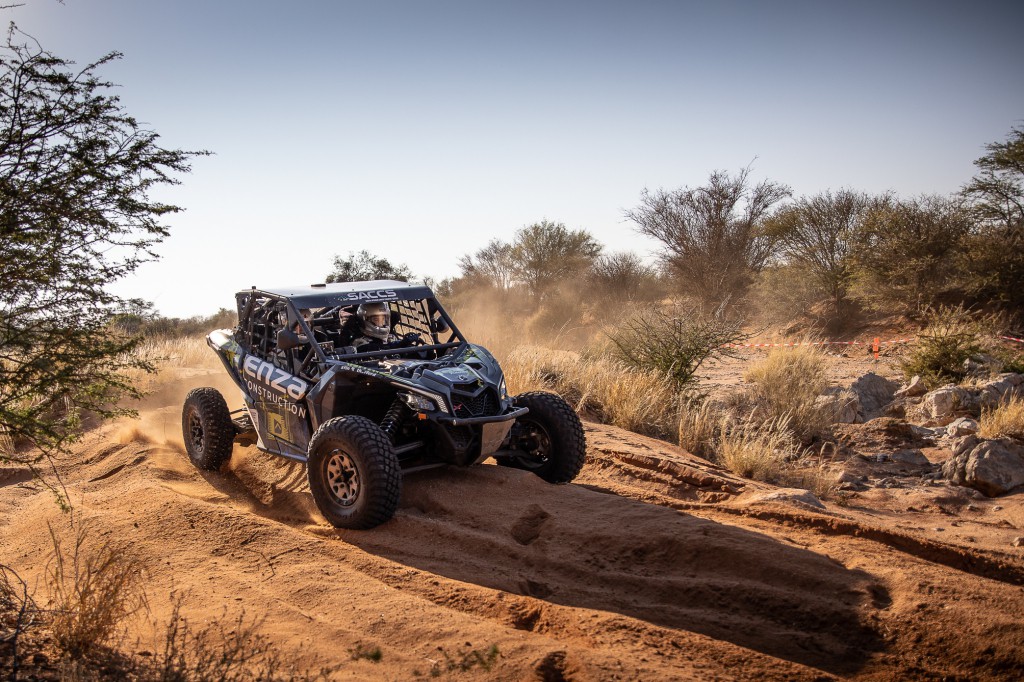 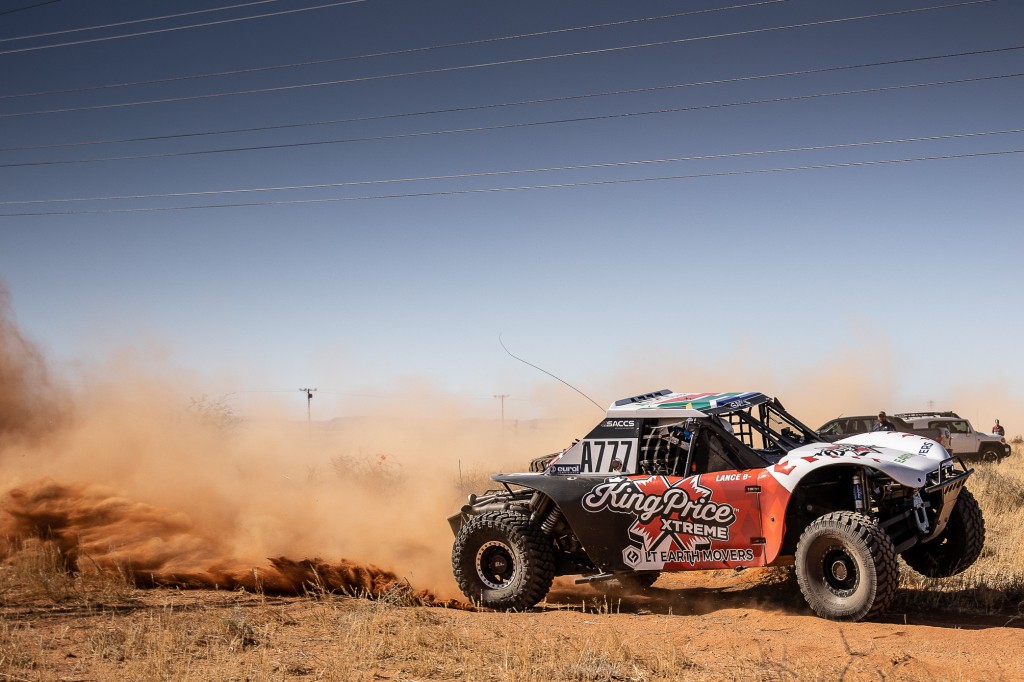 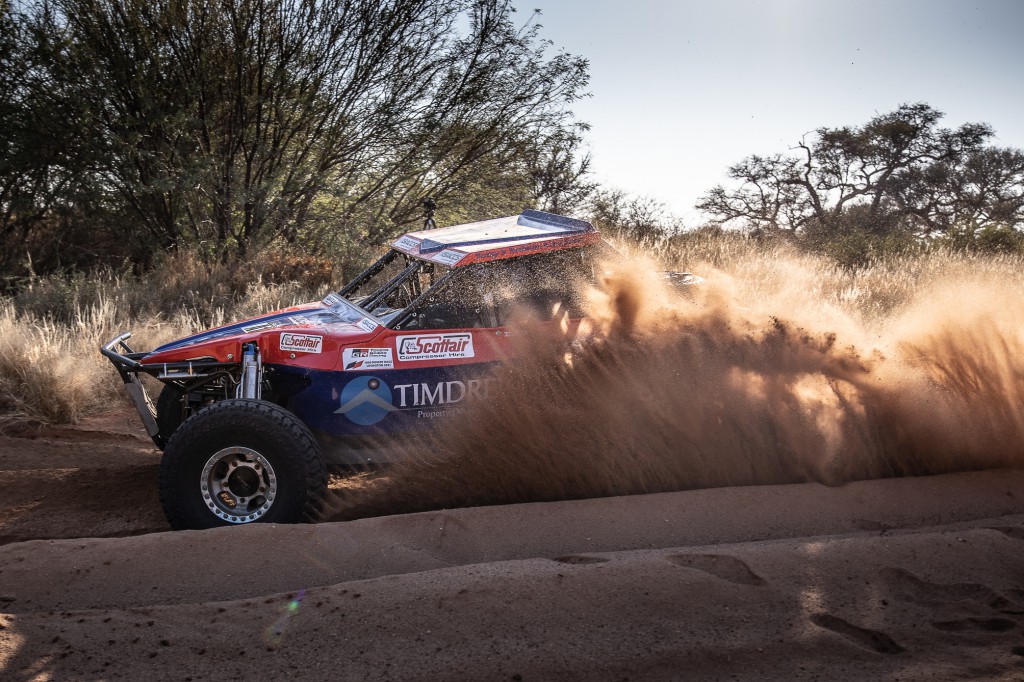 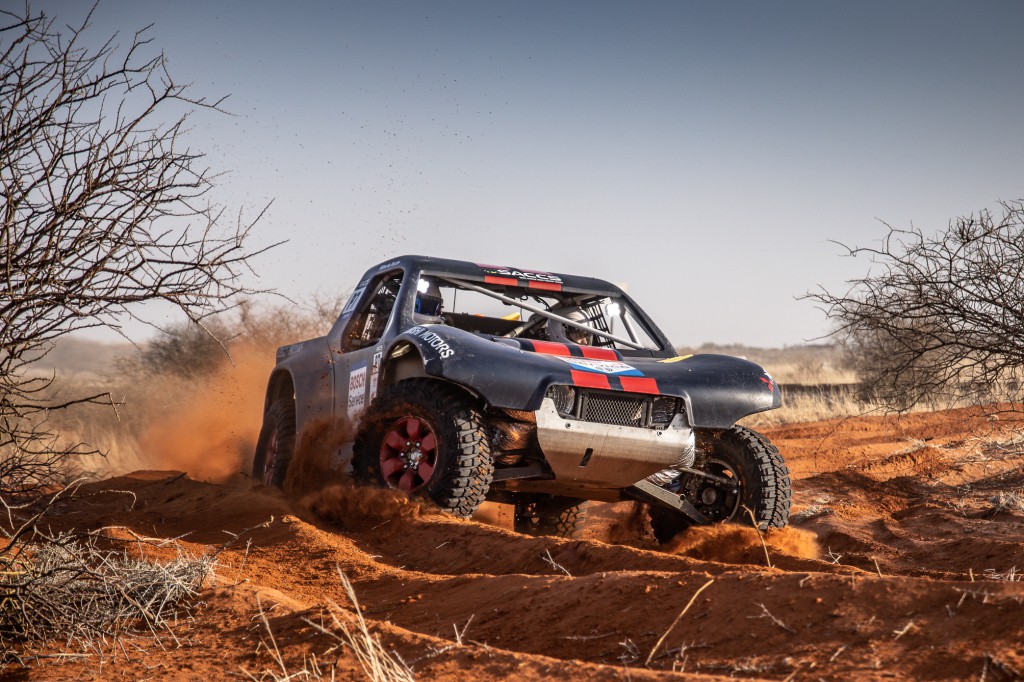