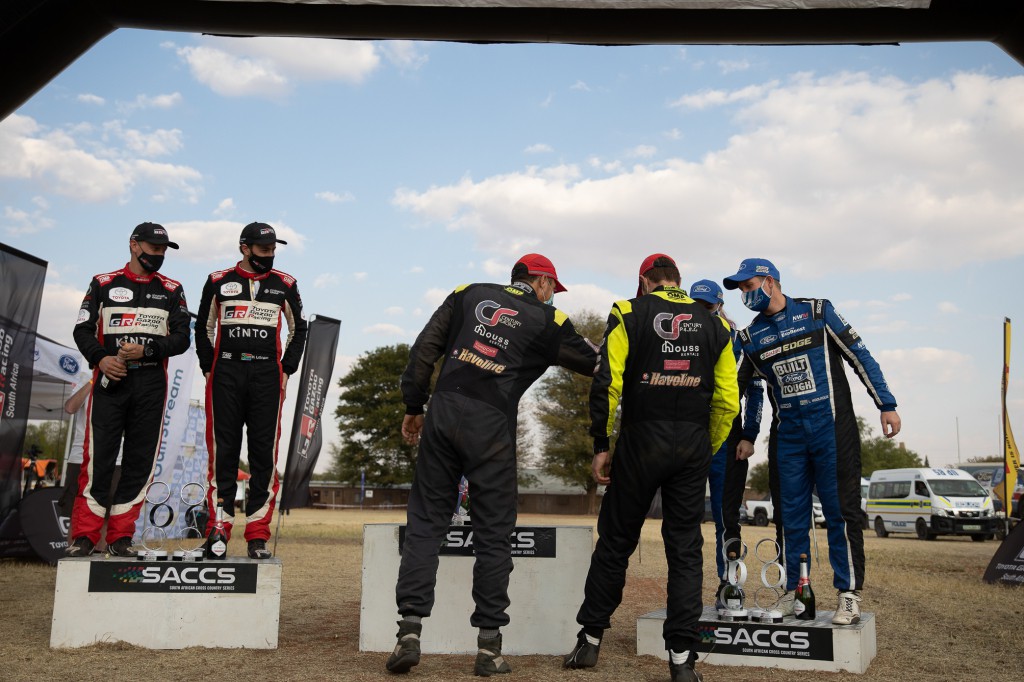 A healthy amount of points was the reward for completing a tough and challenging Toyota Gazoo Racing SA (TGRSA) 1000 Desert Race, the third round of the 2021 South African National Cross Country Series (SACCS) that took place in Upington in the Northern Cape and after a third set of overall winners as well as new class winners, the standings in the Overall Production Vehicle Category and the class championships, were shaken-up and depict an exciting second half of the season.

With four more rounds of the 2021 SACCS season still to go, the current seesaw situation in the standings plus the fact that only a handful of points separate competitors, the battle lines have been drawn. The situation where the drivers and navigators in the overall standings as well as in the various class championships are not necessarily sharing the same position in the standings due to some seat swopping, is an added reason for a tense second half to look forward to.

Looking at the Overall Production Vehicle Drivers’ Championship, Giniel de Villiers (TGRSA Toyota Hilux), who won the Sugarbelt 400, took the lead (64 points) although he is only three points ahead of another FIA Class driver and the winner of the opening round, Lance Woolridge (Ford Castrol Cross Country Ranger) in second place (61 points). A mere four points cover the first four drivers as both Henk Lategan (TGRSA Toyota Hilux) and the winner of the TGRSA 1000 Desert Race, Brian Baragwanath (Century Racing CR6), share the same amount of points (60).

Podium results and accompanying good overall points at the first two events mean Johan Horn (Malalane Toyota Hilux) is still the leading Class T driver in the overall standings, but has dropped from the lead to fifth place (41 points) after he and navigator Leander Pienaar could not complete the recent desert race.

In the Overall Production Vehicle Navigators’ Championship, Lategan’s navigator, Brett Cummings, is the spanner in the works. He still leads (78 points) after earning points sitting next to stand-in driver, Guy Botterill at the season opener and then with regular driver Lategan at the Sugarbelt 400. He leads De Villiers’ navigator, Dennis Murphy (64 points) by 14 points with Woolridge’s navigator, Elvéne Vonk (61 points) a mere three points further behind.

Vonk is again only one point ahead of Leonard Cremer (60 points) who has teamed up with Baragwanath for the last two events after Taye Perry opened the season in the CR6. Werner Horn (41 points) is now fifth overall and still the leading Class T navigator despite missing the TGRSA 1000 Desert Race.

With the season almost at the halfway mark and four more races to go, the frontrunners will have to run into major problems for the rest of the pack to stand a chance of catching up to them.

Interesting situations have unfolded in the class championships where drivers and navigators are also not necessarily filling the same positions in the standings. Here competitors also receive five points for starting a race.

In the FIA Drivers’ Championship, De Villiers kept the lead (81 points) with Baragwanath (78 points), who jumped from seventh to the runner-up position, hot on his heels Woolridge (76 points), dropped from second to third trailing by a slender two points. Only 11 points separate the leading four drivers with Lategan (70 points) moving from eighth to fourth place and now within striking range of those ahead of him.

After not competing in the opening round, a fourth place at the recent event in Upington pushed Chris Visser (Toyota Hilux) from 14th place to the fifth place (52 points).

The podium of the FIA Navigators’ Championship looks the same as after the second round with Cummings (98 points) leading his team-mate Murphy (81 points) and Vonk (76 points) third. Cremer (73 points) is now fourth with quite a breathing space to Henry Köhne (50 points) who reads the notes for Roberts, in fifth place. Gareth Woolridge’s navigator, Boyd Dreyer, trails Köhne by only two points and is a mere three points ahead of Rautenbach’s navigator, Riaan Greyling (45 points) who is again one point ahead of Johan van Staden’s son, Sean (44 points).

A blanket of seven points covers the navigators from the sixth to the 10th place. Gerhard Schutte (42 points), who sits next to rookie driver, Eben Basson (Red-Lined Motorsport VK56) finds himself in the top 10 in ninth place – Basson is 11th in the FIA Drivers’ Championship – with Johann du Toit, who teams up with Dewald van Breda (CR5), rounding off the top 10 with 41 points.

Not finishing at Upington resulted in Horn and Pienaar returning with only five points for starting the race while the Class T championship has new leaders. The father and son duo of Malcolm and Frans Kock (Neil Woolridge Motorsport Ford Ranger) claimed their first class victory of the season and they moved into the lead. Their team-mates, Wors Prinsloo/André Vermeulen finished second in the desert and also moved up to be the runners-up (79 points), 27 points behind the Kocks.

The Horn brothers will have to play catch-up from their third place with Johan having 75 points and Werner 70. Like the Kocks and Prinsloo/Vermeulen, Christo Rose/Arno Olivier brought their Neil Woolridge Motorsport Ford Ranger home after each event and with 69 points each, they are fourth in the Class T standings. They are followed by more team-mates, Bernard Johnstone (64 points) and Jan Harm Hugo (47 points) who sat next to Johnstone at the second and third rounds.

The rest of the top ten are somewhat scrambled. Dylan Venter (4×4 Mega World ARB Toyota Hilux) is still sixth (52 points) with Vincent van Allemann, who navigated for him at the TGRSA 1000 Desert Race, also sixth with 32 points. The Development Team driver, Baphumza Rubuluza (Neil Woolridge Motorsport Ford Ranger) is seventh (20 points) while his navigator, Fanifani Meyiwa (20 points) is eighth of the navigators sharing the same amount of points as Donovan Lubbe who navigated for Venter at the Sugarbelt 400.

Cross Country stalwart Jannie Visser and his son, Chris won Class S at the TGRSA 1000 Desert Race and lead the class (29 points) ahead of another father and son pairing, Piet and Benjamin Kotze (Toyota Hilux) (25 points).

The season will reach the halfway mark with the Vryburg 400 that forms the fourth and fifth rounds on 13 and 14 August in the North-West Province.

View the points after Round 3

Photos by Nadia at PixelArt 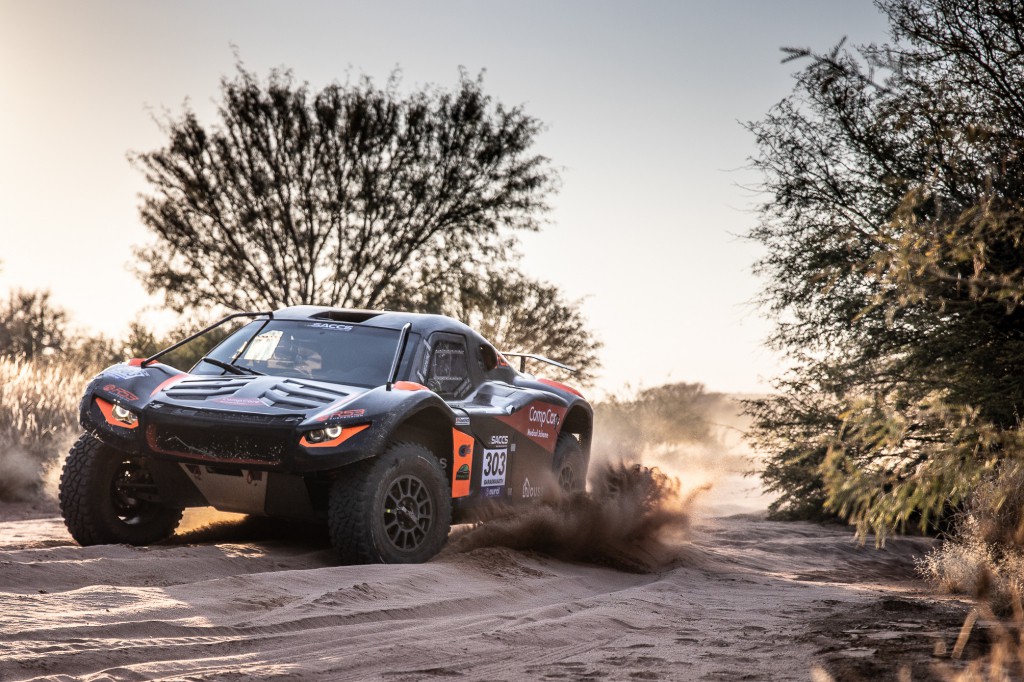 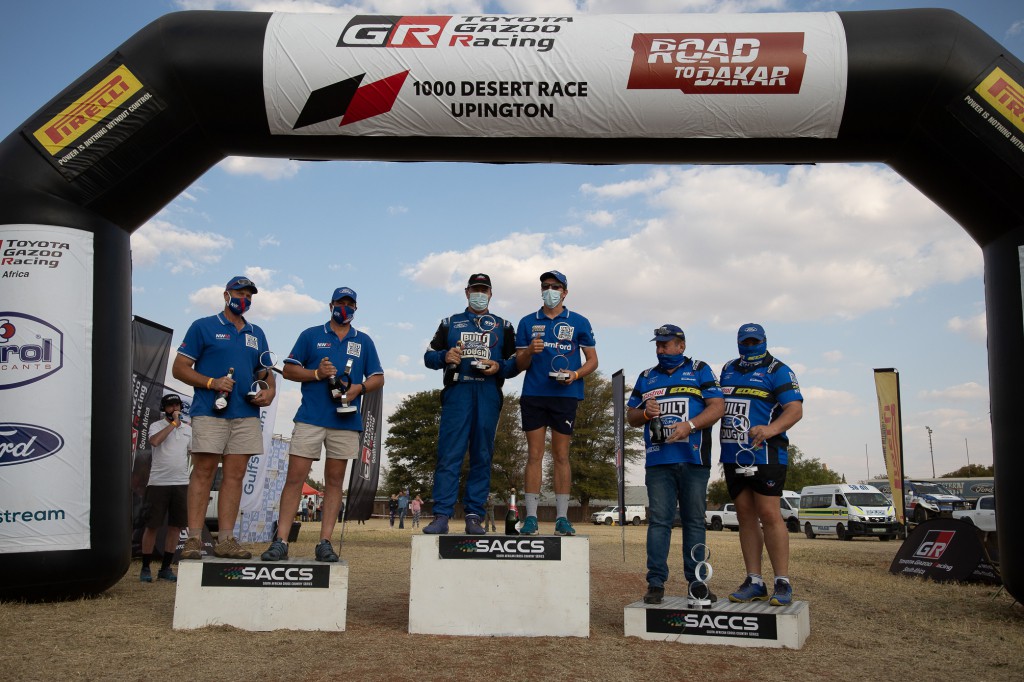 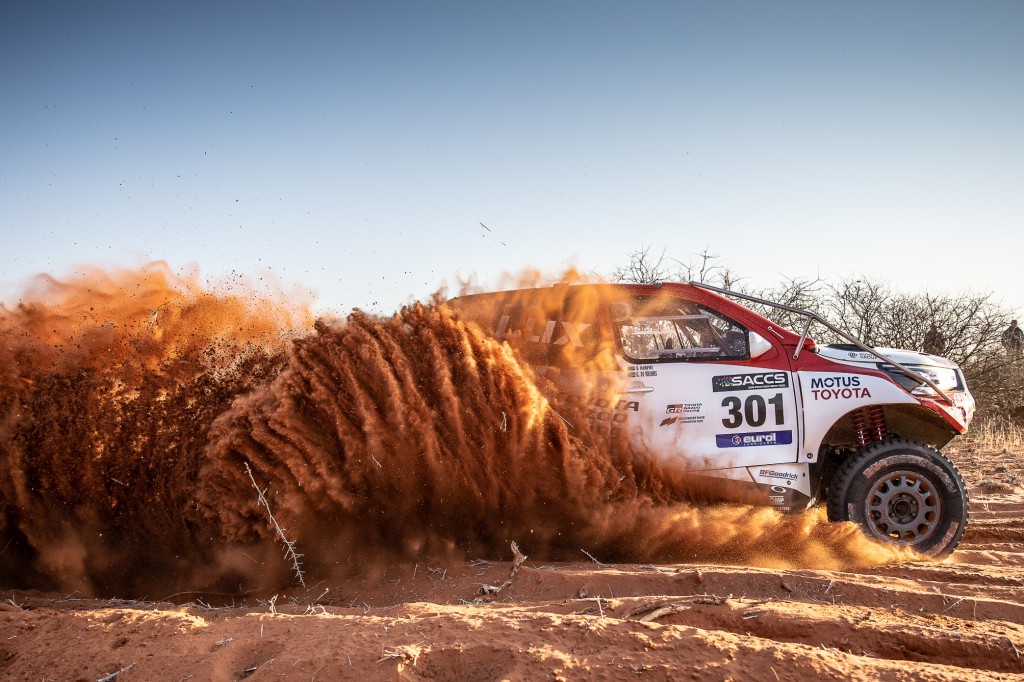 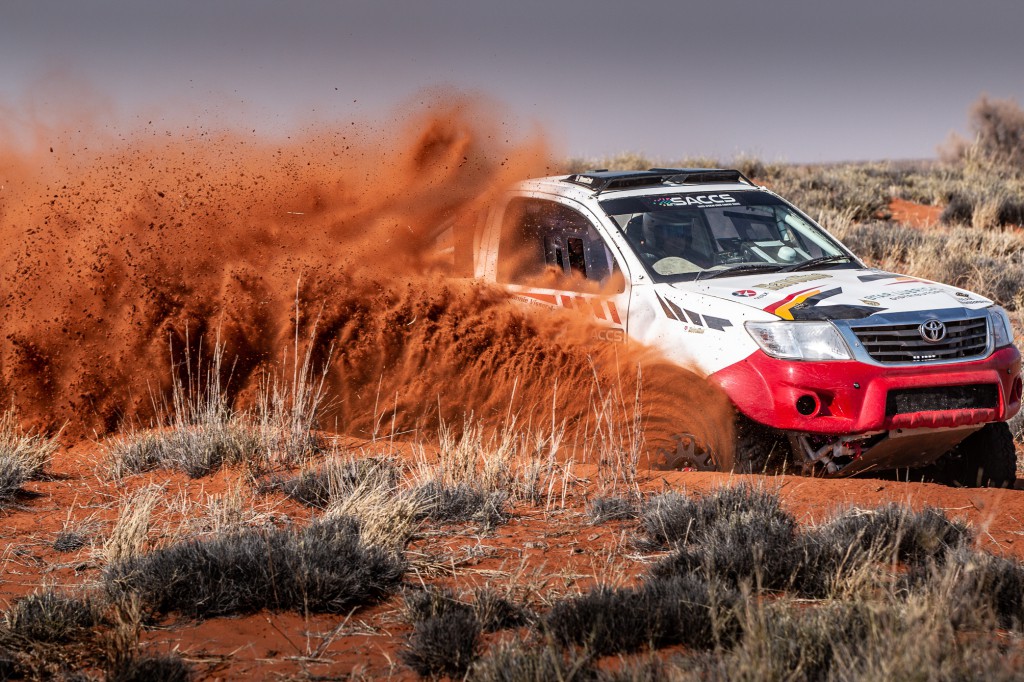 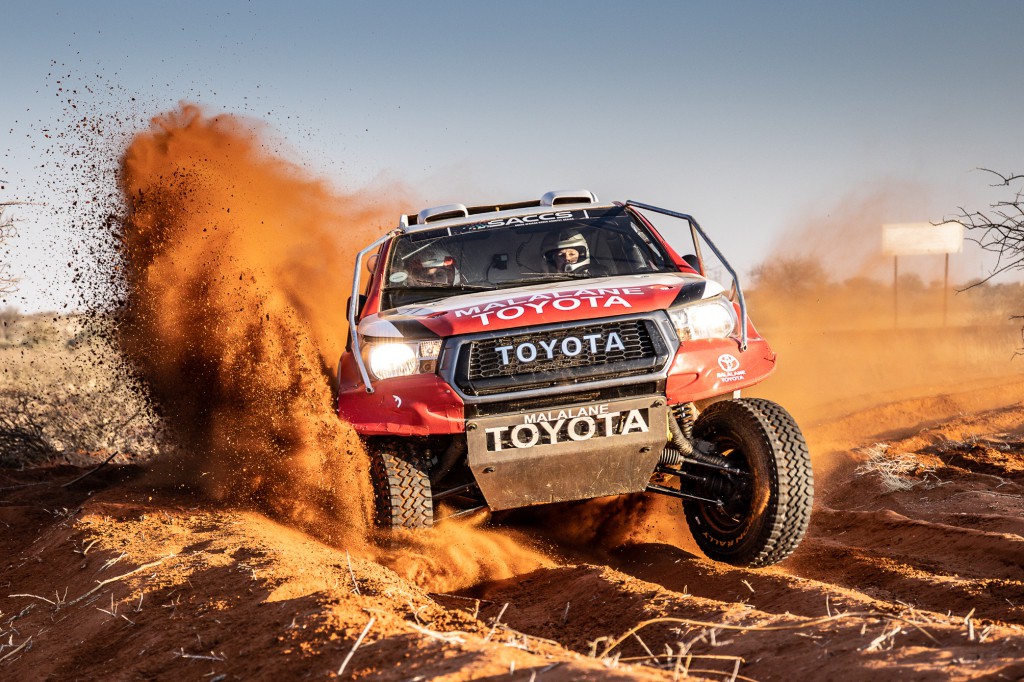 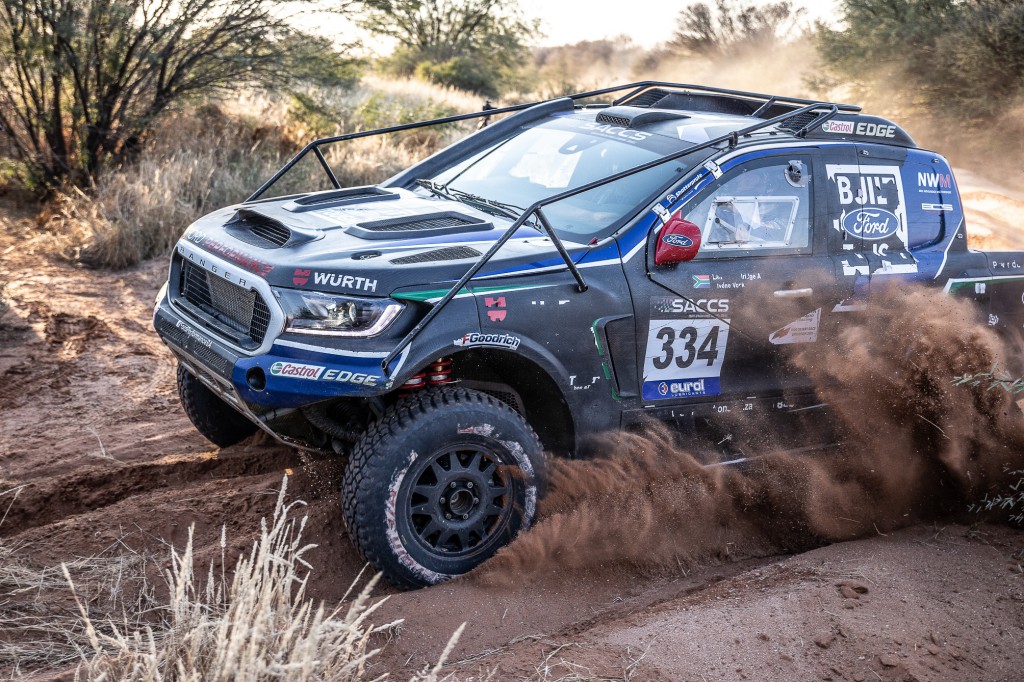 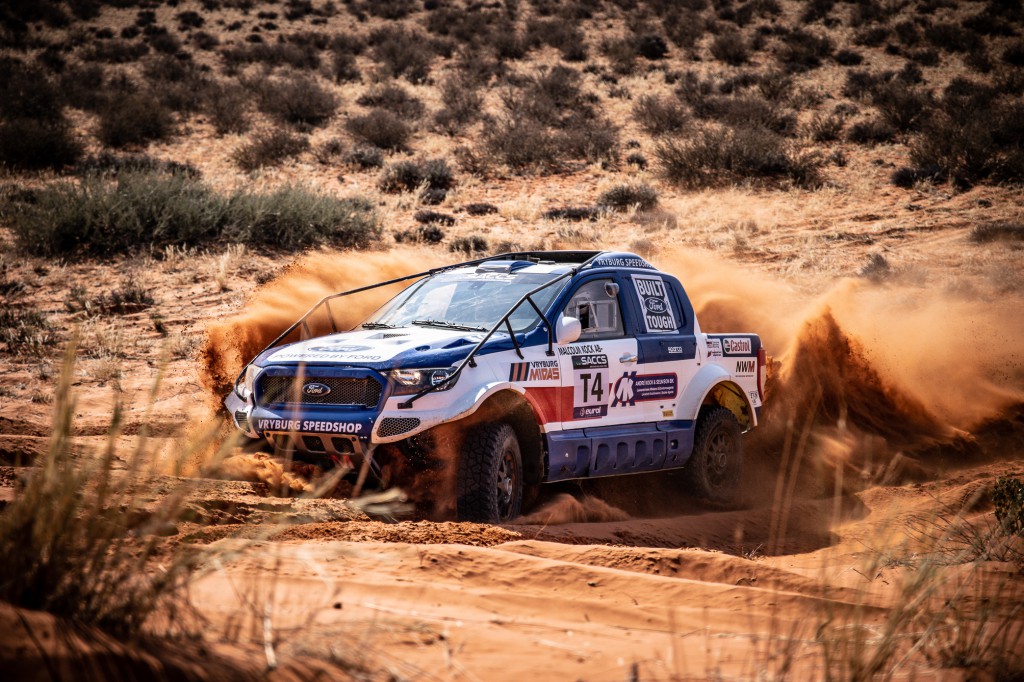 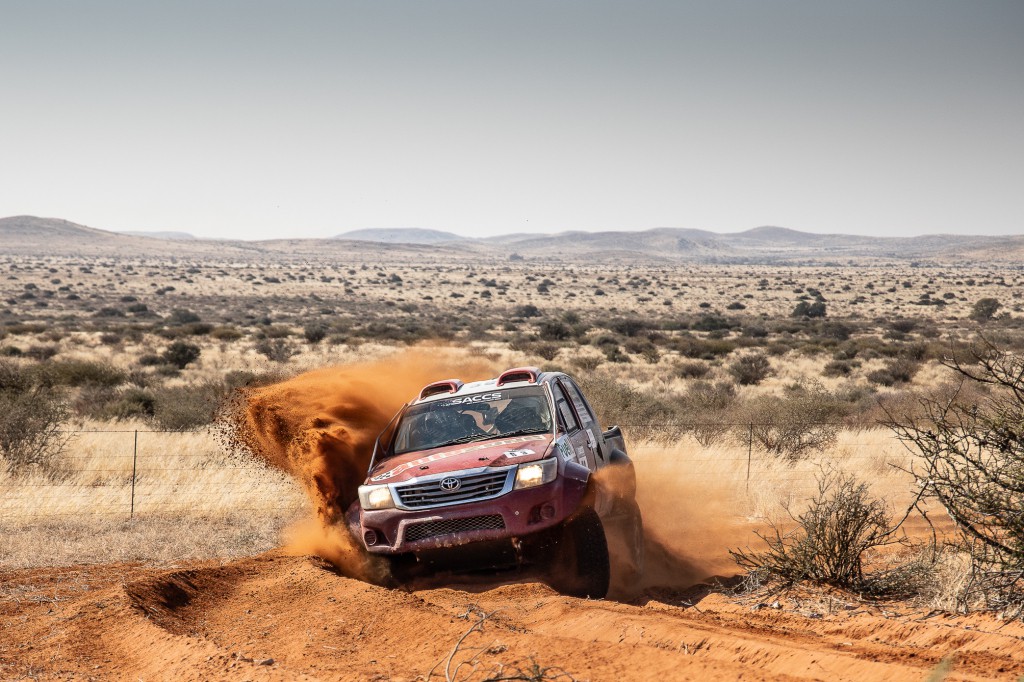 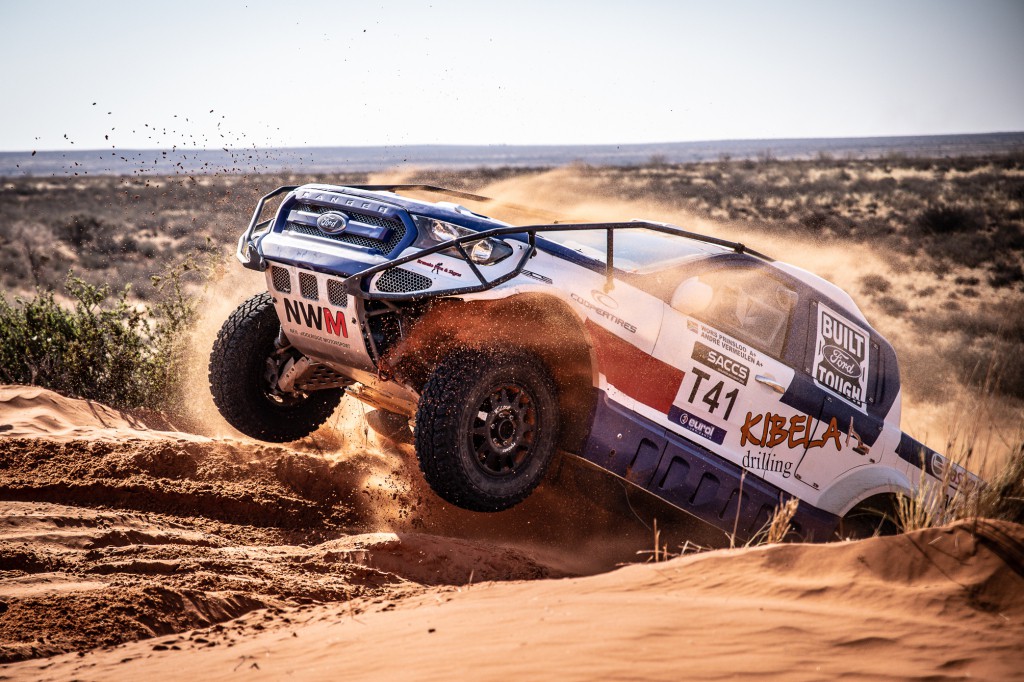